Lexis is using Smore newsletters to spread the word online.

Get email updates from Lexis:

The Indianapolis Colts are an NFL ( national football league ) team. They started as the Baltimore Colts d in 1984 they became the Indianapolis Colts ? In 2012 Peyton Manning stopped playing because of an injury, and switched to the Broncos after recovery. Then Andrew Luck got signed and joined the team. Are the Colts loosing fans or gaining fans?

People say the liked it better when Payton Manning was on the team, " I truly have enjoyed being your quarterback," Says Peyton. Many Colts fans stopped watch and even threw #18 jerseys in the trash. During one normal game, Peyton was throwing the ball when it didn't go very far. A nerve in his neck cause the poor throw and he had to have surgery which costed him the season. After recovery he joined the broncos and Colts fans were let down.

This is the Lucas Oil Stadium in Indianapolis.

This picture was when Peyton Manning was on the Colts team.

This is Andrew Luck who is now on the Colts team.

Andrew Luck has been on the Indianapolis Colts since July 19, 2012. Andrew Luck is almost like a new Peyton Manning. Some say we are " out of Luck " because they think Andrew Luck isn't as good as Peyton Manning, but luckily they both make about the same amount of touchdowns and passes. Even though Peyton Manning is gone, we now have Andrew luck who is just as good. " It's amazing that the guy's able to go out there and do the things he does as a rookie." Says head coach Chuck Pagano.

Andrew Luck played college football for Stanford University in 2010 and 2011. But now he is on the Indianapolis Colts as a quarterback. Luck is the No. 1- selling jersey among women this season, according to the jersey report, which ranks NFL sales at Dicks sporting good stores Nationwide and online. It's not surprising he is a top seller, he " trash talks " in a different way than everyone else, he complements them when the knock him down. " In all the years I've played football I have (never) heard anything like it," said Washington Redskins linebacker Ryan Kerrigan. 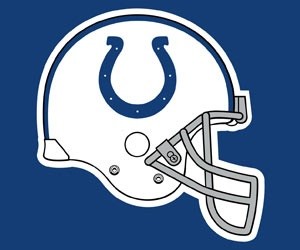 ESPN: The Worldwide Leader In Sports

Lexis is using Smore newsletters to spread the word online.