iOS 11 launched last Tuesday. Have you updated yet?

When you do, you will also discover that most of your apps need to be updated as well. So before you get too excited, run all the updates.

Below is a little information about Pinterest and the ColorMe360 awesome app and 9 short videos to teach you everything you need to know about the new iOS 11. Each video is less than a minute in length. So in less than 10 minutes, you will be a power user. 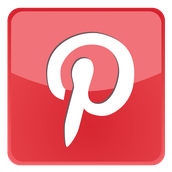 iOS 11 now has drag and drop support on the iPad, and for Pinterest makes saving pins easier. It lets you drag content from Safari directly into Pinterest to instantly create pins. You can use this new method in split view or with the new Dock on iOS 11. Pinterest says it will also support dragging pins out of the app into other apps in the future. For example, you will be able to browse Pinterest and drag pins into other apps like Messages without using the share sheet. Pinterest is also supporting iCloud Keychain for logging in to the iPhone and iPad app on iOS 11. 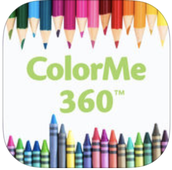 Serious FUN: ColorMe360, an app which lets you "create and live inside your own virtual reality"

ColorMe360, an app which lets you "create and live inside your own virtual reality".

Here's how it works: you print a downloaded grid on an ordinary piece of paper. The child draws a scene (like a park, a castle or an underwater vista) and colors it in, using the full reach of her/his creativity.

The conversion from paper to digital VR360 then takes place directly on the phone or iPad – without a need for a web link or specialty device like a VR headset. According to company founder, Simon Gemayel, "we need to shift consumers from being content consumers to being content 'creators'". This is a move consistent with most educators worldwide. He elaborates: "Facebook and YouTube are historic examples of user-generated content being the life force of a vibrant ecosystem.

Virtual Reality will not be the exception". Sounds like they've got a leg up in the educational and consumer market. See the android and the iOS apps.

Thanks to Len Scrogan, Asst.Professor, the University of Colorado-Denver for sharing this resource.

iPad — How to retouch a photo — Apple

iPad Pro — How to effortlessly scan, sign, and send a document with iOS 11 — Apple 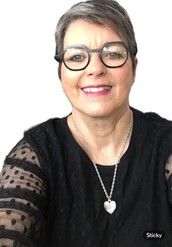 Weekly resources are archived at http://www.cyndikuhn.info under Weekly Resources

Kansas State University, Manhattan, KS, United States cyndidk@ksu.edu 785-532-5812 cyndikuhn.info
Embed code is for website/blog and not email. To embed your newsletter in a Mass Notification System, click HERE to see how or reach out to support@smore.com
close