Ayanna is using Smore newsletters to spread the word online.

Get email updates from Ayanna:

* The Vandals were and East Germanic tribe, or group of tribes, who were first heard of in Southern Poland, but late moved around Europe establishing kingdoms in Spain and later North Africa in the 5th century.

*North of the Roman Empire 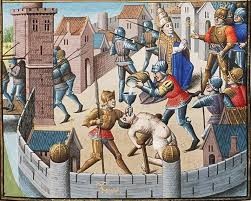 History of the Vandals

provides you with more detailed information about the Vandals

Ayanna is using Smore newsletters to spread the word online.