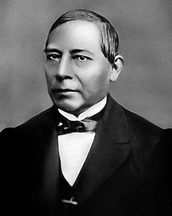 First half of XIX century

During the first half of the nineteenth century there were several conflicts between liberals and conservatives. Among liberals who defeated the French army also differences emerged. So two groups were formed: the civilians who accompanied Juarez since the war of reform, and the military who acquired prestige during the French intervention and were led by Porfirio Diaz, the latter were younger and had a vision aimed on how to apply the liberal reforms. For example, they are seeking to improve the relationship with the church and prompted the reorganization of the national economy and government institutions. With the triumph of the republic, in 1867, Juarez was again elected president for a period of 4 years; thus the mandate exercised since 1858. In 1871, Juarez ran again for the presidency lasted.

Porfirio Diaz was elected president and took office in 1877. The first years of his government was setting and search for peace. Gotta allying with more groups and strengthen their power through conciliation: like with regional warlords and put his trusted men in command of the army. I also try to unite liberals and reconquer the government with the Church and conservatives. In 1884, General Diaz returned to the presidency. The actions we undertook enabled him to strengthen his power and maintain stability. Had the support of political, military, interventionist, landowners and the middle class, who felt that should remain in the government to maintain order and economic growth. In the late nineteenth century began a process of modernization in our country, due to which the life of some cities had remarkable changes; in general, the tecnlogía transform life and landscape of different regions of the country. For example, numerous railroad tracks were built, which helped to strengthen economic integration and different areas of the country, because train travel were faster, more comfortable and safe. Also other transportation like cars, the electric tram and the bicycle, which allowed improve the movement of people and replaced the carts and mule-drawn trams were introduced. Communications and other technological advances changed the lives of Mexicans. With the generation and use of electricity a more intense nightlife in cities favored. For example, the cinematografo offered new opportunities for fun and recreation of society; The camera represent a means to perpetuate everyday scenes and characters of the time, and phone contact between businesses and wealthy families who had access to that means of communication became. 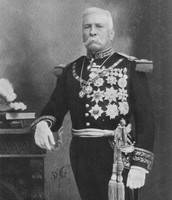