Rukmini is using Smore newsletters to spread the word online.

Get email updates from Rukmini:

-Assasinated at the Ford's Theatre by John Wikes Booth

-Buried in Springfield; Lincoln Tomb in the Oak Ridge Cemetery

He was a working at a store as a cashier and he accidentaly gave a lady the wrong amount of change. Then later he found her and gave her the right amount of change. This mighty Honest Abe also made the Emancipation Proclamation. He a speech that freed all slaves except for the ones under Union Control. In the Gettysburg Adress, he dedicated the battlefield to the dead soldiers and for the living soldiers to finish up their job. 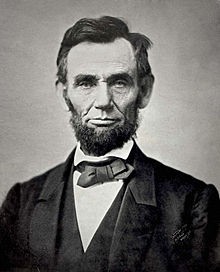 Rukmini is using Smore newsletters to spread the word online.

Follow Rukmini W
Contact Rukmini W
Embed code is for website/blog and not email. To embed your newsletter in a Mass Notification System, click HERE to see how or reach out to support@smore.com
close