what is Non-Hodgkin's lymphoma?

Non-Hodgkin lymphoma is a cancer that starts in cells called lymphocytes when abnormal cell start to reproduce rapidly. Lymphocytes are part of the body’s immune system. Lymphocytes are in the lymph nodes and other lymphoid tissues (such as the spleen and bone marrow). 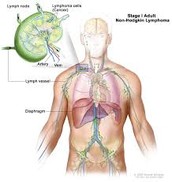 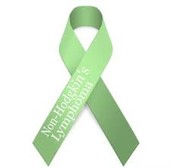 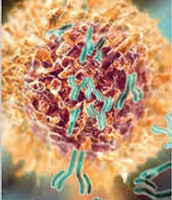 people may have high fevers, night sweats, weight loss. Other sings are...

Kills cells that are growing or multiplying too quickly.

Modifies or simulates hormone effects, often to reduce inflammation or for tissue growth and repair.

Uses images to diagnose and treat disease within the body.

who does it effect?

Affects on the body

The most distinctive way that non-Hodgkin lymphoma affects the body is by the overproduction of lymphocytes causing the build-up of tumors and the swelling of lymph nodes in the affected regions of the body.Also other parts of the body may experience build-up of cancerous lymphocyte tumors as well.

What are the causes?

there is no way to protect against lymphoma. For now, the best way to reduce the risk for non-Hodgkin lymphoma is to try to prevent known risk factors such as immune deficiency and Preventing the spread of the human T-cell leukemia/lymphoma virus

How is it diagnosed?