Get email updates from Seamus:

- Geography of the Middle Colonies -

Our colonies include New York, Pennsylvania, New Jersey, and Delaware. Temperature in January is normally between 30 and 40 degrees Fahrenheit and there is usually around 30-40 days of snow in the year, perfect for people who just want to snuggle up in front of a fire; and for all those who prefer to swim, temperature is normally about 70-80 degrees Fahrenheit in July!

For anyone wanting to focus on growing their wonderful crops like maize, beans, and pumpkins. You're in luck! We get 20-40 inches of rainfall every year and a growing season that goes from 150-180 days each year!

Just head over by the Delaware River for some fertile summer soil. Crops already grown here include corn, beans, and pumpkins. We already know how to grow these crops since we learned from the Native people of this land.

"The lands were pleasant, with grass and flowers and goodly trees . . . and very sweet smells came from them."

There are also many shipping ports thanks to the location of the colonies. This makes it perfect for people who want to trade goods. 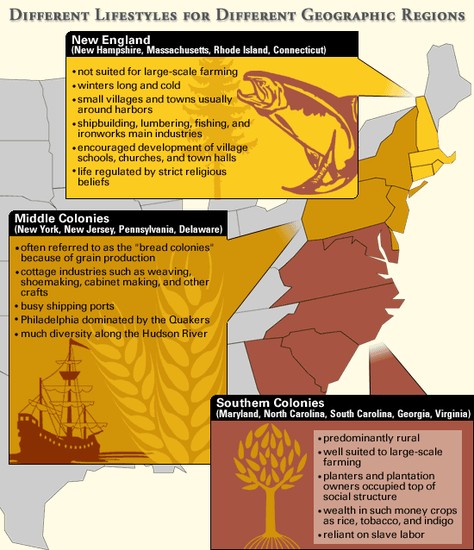 You don't need to start off with a lot of money to live here in the Middle Colonies! All you need is a little flour, yeast, and if you're feeling fancy, some butter.

We here at the Middle Colony of New Netherland accept people of all ethnic backgrounds. We already have settlers from Holland, Germany, France, Sweden, Finland, Norway, and Africa!

With this diverse culture the middle colonies was a great place to express your religion. "Middle Atlantic colonies embraced a number of religious faiths, almost all of them Protestant. Pennsylvania was particularly pluralistic in terms of religion. The colony's founder, William Penn, advocated remarkable religious freedom for the time, and consequently, large groups of Lutherans, Mennonites, Moravians, Presbyterians, and Quakers settled there. New York, formerly the Dutch colony of New Netherland, adhered to the Dutch Reformed Church until the turn of the 18th century," 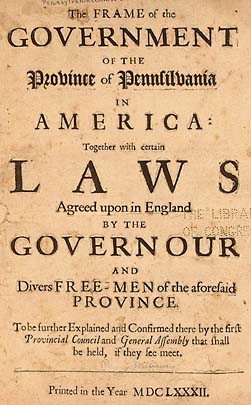 Are you being persecuted by the government of England because of your religion?

Pennsylvania, having been bought by Quaker William Penn, is now a colony where you can freely practice your religion, especially if your a Quaker.

Penn himself had this to say about religion:

"Religion is the Fear of God, and its Demonstration on good Works; and Faith is the Root of both: For without Faith we cannot please God, nor can we fear what we do not believe."

Clearly, as he does not address any specific God, his general view on religion shows that he accepts people of all religions as long as they fear God. 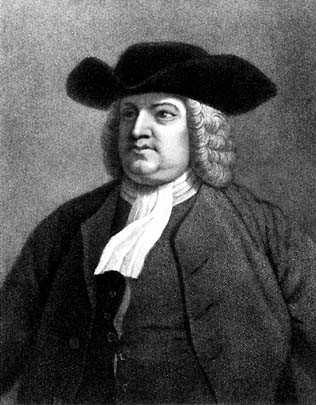 Who is William Penn you ask?

William Penn was a wealthy land owner, a naval officer, and a close acquaintance of King Charles II. No wonder he was a force in the Americas. "Penn developed an interest in America. In 1677, he helped settle the affairs of a Quaker colony in New Jersey, for which he took part in the drafting of a liberal charter. Then in 1680, Penn asked King Charles II to repay a debt of £16,000 owed to his father with a grant of wilderness and in America. In 1681, Penn's dream of a "Holy Experiment" came true when he was granted a charter giving him proprietary rights over the territory west of the Delaware River between New York and Maryland."

Are you worried about the natives attacking your land? That's no problem!

William Penn took the initiative and made a treaty with the native people to keep them from attacking the settlers.

His treaty, The Walking Treaty of 1737 from the Leigh and Delaware Rivers as far into the woods as "a man can travel in a day and a half". 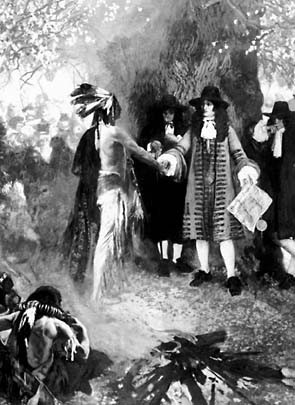 The Middle Colonies don't let just anybody make decisions for the whole town. In order to hold office, you must be elected by an assembly.

The Middle Colonies had a provincial government that was governed by commissions created by the monarch. A governor and council were appointed, invested with general executive powers, and authorized to call an assembly consisting of two houses

The assembly could make all local laws and ordinances that were not inconsistent with the laws of England.