For over thirty years Joseph Bruchac has been creating poetry, short stories, novels, anthologies and music that reflect his Abenaki Indian heritage and Native American traditions.

He is the author of more than 120 books for children and adults. The best selling Keepers of the Earth: Native American Stories and Environmental Activities for Children and others of his “Keepers” series, with its remarkable integration of science and folklore, continue to receive critical acclaim and to be used in classrooms throughout the country.

Joseph resides in Saratoga Springs with his family. 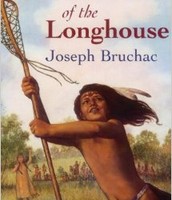 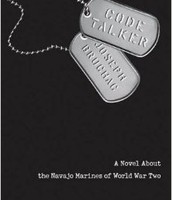 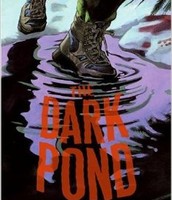 After he feels a mysterious pull drawing him toward a dark, shadowy pond in the woods, Armie looks to old Native American tales for guidance about the dangerous monster lurking in the water.

Although the littlest student in his class, thirteen-year-old Baron Braun calls upon the strength and wisdom of his Mohawk ancestors to face both man and beast when he tries to get help for his classmates, who are being terrorized during a school field trip in the Adirondacks.

Saxso is fourteen when the British attack his village. It's 1759, and war is raging in the northeast between the British and the French, with the Abenaki people? Saxso's people-by their side. Without enough warriors to defend their homes, Saxso's village is burned to the ground. Many people are killed, but some, including Saxso's mother and two sisters, are taken hostage. Now it's up to Saxso, on his own, to track the raiders and bring his family back home . . . before it's too late.

For young Samuel Russell, the summer of 1777 is a time of fear. The British Army is approaching, and the Indians in the area seem ready to attack. To Stands Straight, a young Abenaki Indian scouting for King George, Americans are dangerous enemies who threaten his family and home. When Stands Straight's party enters the Quaker Meetinghouse where Samuel worships, the two boys share an encounter that neither will ever forget. Told in alternating viewpoints, The Arrow over the Door is based on a true story.

Code Talker: A Novel About the Navajo Marines of World War Two (350207)

The United States is at war, and sixteen-year-old ned Begay wants to join the cause when he hears that Navajos are being specifically recruited by the Marine Corps. so he claims he's old enough to enlist, breezes his way through boot camp, and suddenly finds himself involved in a top-secret task, one that's exclusively performed by Navajos. he has become a code talker. Now Ned must brave some of the heaviest fighting of the war, and with his native Navajo language as code, send crucial messages back and forth to aid in the conflict against Japan. His experiences in the Pacific - from Guadalcanal to Iwo Jima and beyond - will leave him forever changed.

Louis Nolette, a fifteen-year-old Abenaki Indian from Canada, is recruited to fight in the northern Irish Brigade in the Civil War. Though he is too young, and neither American nor Irish, he finds the promise of good wages and the fight to end slavery persuasive enough to join up. But war is never what you expect, and as Louis fights his way through battles, he encounters prejudice and acceptance, courage and cowardice, and strong and weak leadership in the most unexpected places.

Ever since the morning Molly woke up to find that her parents had vanished, her life has become filled with terrible questions. Where have her parents gone? Who is this spooky old man who's taken her to live with him, claiming to be her great-uncle? Why does he never eat, and why does he lock her in her room at night? What are her dreams of the Skeleton Man trying to tell her? There's one thing Molly does know. She needs to find some answers before it's too late.

When his mother gets a job in Washington, D.C., Jake Forrest has to move away from the Iroquois reservation that has always been his home. Accepted by a private school because of his lacrosse skills, Jake discovers that the team and coach don't know anything about the ways of Jake's people or the culture behind the game of lacrosse. And it seems that they don't care to learn, either. When tragedy strikes, Jake has to choose between running back to his people or finding the courage to stay and face the warrior within the warrior who values peace and who leads others to more noble pursuits than outscoring the opposition.

Maddy has always loved scary stories, especially the spooky legends of her Native American ancestors. But that was before she heard about the Whisperer in the Dark, the most frightening legend of all. Now there's an icy voice at the other end of the phone and a chilling message left on Maddy's door. Suddenly this ancient tale is becoming just a bit too real. Once, twice, three times he's called out to her. Where will she be when he finally calls her name?

Eleven year old twins, Ohkwari and his sister, Otsi:stia were well-respected children of the Bear Clan in Kanatsiohareke Village (in modern day New York state) in the late 1400s. One day, Ohkwari overheard an older youth, Grabber, and his friends plan a raid on a neighboring village. On the advice of his sister, he informed clan leaders, who then thwarted the idea. Ohkwari realized he needed to be ever watchful of Grabber, whose resentment was clear. At a Tekwaarathon (lacrosse) game to honor an Elder, Grabber took advantage of an opportunity to hurt Ohkwari, but the outcome surprised everyone.

Fourth-grader Danny Bigtree is having trouble adjusting to his big-city school — he's homesick for the Mohawk reservation where his family used to live, and he wishes he could make a friend. The kids in his class, from a variety of backgrounds themselves, tease him about what they perceive to be his roots: "Hey, Chief, going home to your teepee?" Danny has learned from experience not to correct them; they don't care that the Iroquois used to live in longhouses and that he lives in an apartment building now. At home, the usual stereotypes are turned upside-down. Whenever Danny's dad puts on his Hollywood Indian voice, Danny knows a joke is coming, and the whole family shares in the laughter. Danny longs for the warmth of his home life to dispel the loneliness of his Brooklyn school, and so his father agrees to help, coming to Danny's class to tell the legend of the great leader, Aionwahta (Hiawatha), and his song of peace.