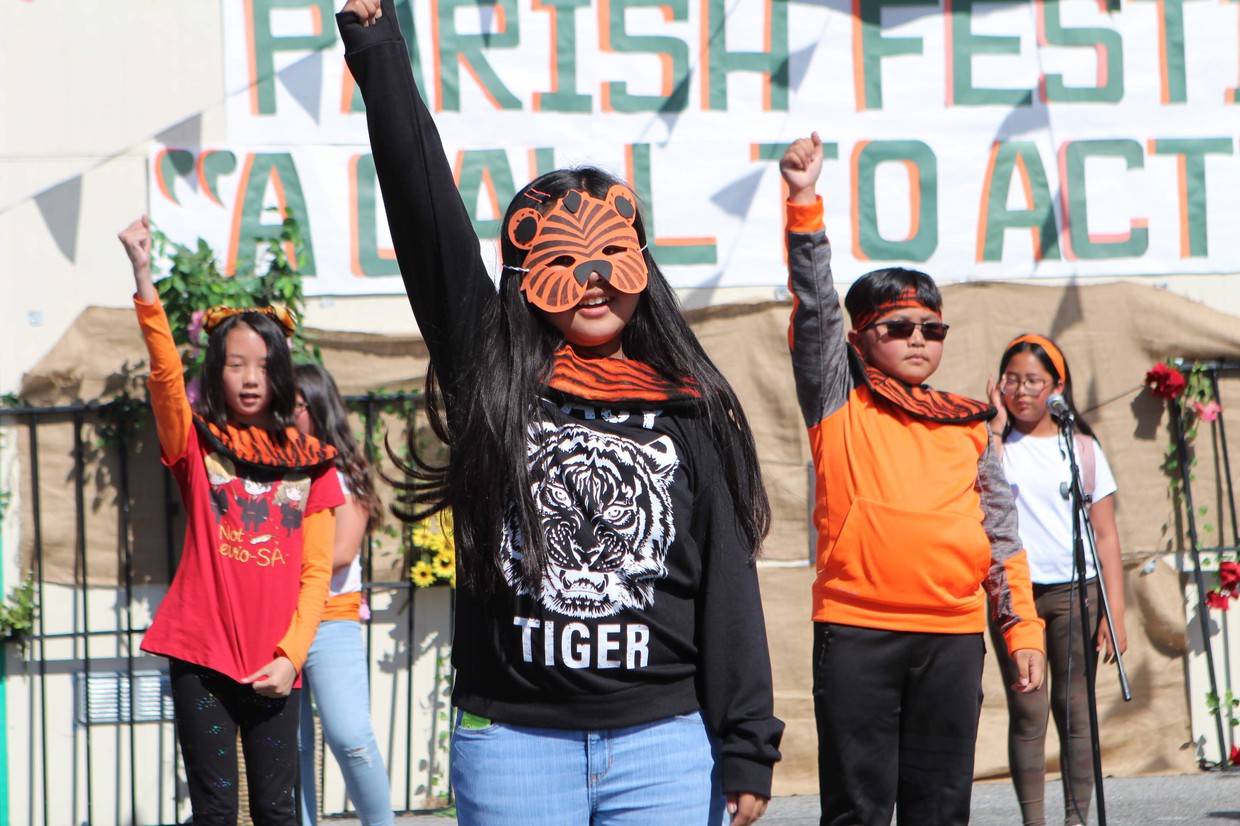 The parish festival has been a yearly fundraising tradition at Holy Angels Church. Saturday, October 5, 2019, was the perfect day for a festival. It was a beautiful and fog-free day in Colma. There was a variety of delicious food and the school put on another great show thanks to dance teachers, Mr. Bradley and Ms. Caity. This year, the theme for the school show was about “animals in the zoo.” 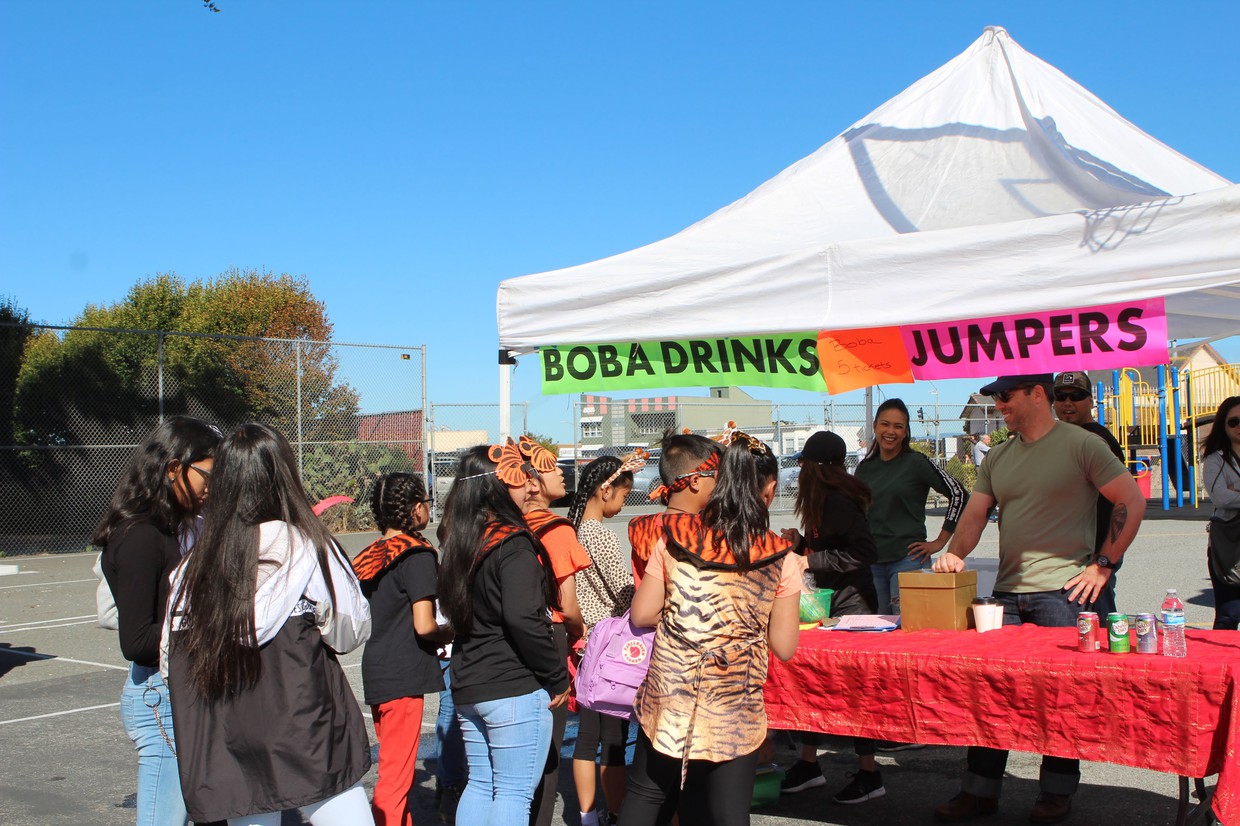 Fifth graders were asked what they like best about this year’s parish festival. Jasmine, John Eric and Jeremiah enjoyed the LIM dance. Most of the fifth graders enjoyed the boba drinks, which were available for the first time at the festival. Annjanette enjoyed the company of friends and family and loved playing with the dogs that were at the festival for the Blessing of the Animals. Francesca liked the nachos and ice cream. Ysabella enjoyed spending time with friends and eating a lot of food. Makayla thought that the dances of the little kids were cute and she, too, loved the ice cream so much that she had five scoops! Mikaela liked her little brother’s performance and she took a lot of photos of her friends. Avery enjoyed skating with Jaymeson. Carlos loved the dances of the 6th, 7th and 8th grades. He liked the '80s music and said that there should be more dances using '80s music. Jasmine thought that BTS music would be better. Marian said the barbeque was delicious. She also said that the LIM dance and their class dance were fun because of the songs and the effort put in by her and her fellow dancers. She also enjoyed the preschoolers’ penguin dance because penguins are her favorite animal. Michael said he liked the tacos but he wished there was a jail booth. A lot of the fifth graders would like to see the jail booth back at the next festival. Michael liked the bouncy house as well as the game where you had to guess a ticket to get a prize. Deanna said the parish festival was great. She thought that this year's festival was different because of the boba and that there was no jail, but she said she would rather have the old festival. Jeremiah thought the prizes for the games weren't so good but he gave the boba drinks two thumbs up. The fifth graders thought the parish festival was a big success. They are happy to have helped raise money for the church. They can’t wait for the spring festival in April.