Piccadilly circus Rubén Bodas .By 5ºa

Piccadilly circus Rubén Bodas .By 5ºa 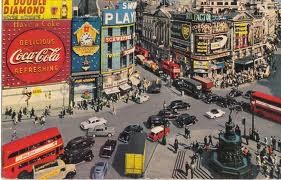 Piccadilly Circus is one of London’s major roadway. It was built in 1819.

The bright lights that dominate the square were added in the early 20th-century, and have become a favourite photo call of tourists .

Piccadilly Circus, at the heart of the West End in London, is the meeting point of some of London's most famous streets. Piccadilly, Regent Street, Shaftesbury Avenue all lead off from Piccadilly Circus with its brightly coloured lights.

At the centre of Piccadilly Circus is the equally famous Eros statue, a popular location for visitors to take their photographs. Unknown to most, the Eros statue is in fact not the Greek god of love but a memorial to the Earl of Shaftesbury, a philanthropist who did much good in the area. 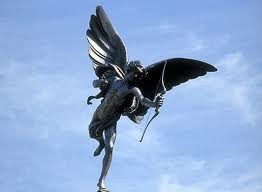 Behind Piccadilly Circus are a variety of well known sights, including London's China town and Leicester Square where London's film premieres take place throughout the year.