The true definition of "fake news" is "a made-up story deliberately designed to look like an article by a legitimate news outlet."

However, "fake news" has been appropriated by politicians across the political spectrum and even by some members of the media to disparage news stories or news coverage that they do not like or agree with. This has led to the broadening of what"fake news" means and makes it not the best term to use when describing a made-up story.

It is more appropriate to call "fake news" what it actually is, misinformation. Misinformation is defined as "wrong or misleading information". It is unintentional and has errors and inaccuracies.

Use the SIFT Method:

Use a lateral search method:

This is the technique that professional fact checkers use. Open a new tab and do a search of the company, person, or organization that is making the claim. Often time Wikipedia has an entry about them and you can discover if they are legitimate or not or if they might have a hidden agenda.

The following short video will take you through the lateral search method.

Mike Caulfield created a course for learners to independently go through to learn how to fact and source-check. Click on this link to be taken to the course.

Web Literacy for Student Fact-Checkers. Check it out for more tips and techniques.

Fact checking websites review popular news stories and claims made by celebrities, politicians, and journalists. Most fact checking sites explain how they came up with their rating and show where they got their information from so that you can decide on your own whether you agree with their decision or not.

Checkology by the News Lit Project has 5 different lessons that learners may enroll in to learn to combat misinformation and conspiracy theories.

Play the online game Bad News: take on the role of a "fake news" creator and learn how "fake news" is made.

Can you spot the fake posts? Take the quiz from The New York Times.

You can also enroll in the library's course on Moodle for access to a mini-lesson on "fake" news. You will earn a badge to show you've completed the mini-lesson.

There are several reliable news sources available to Trocaire students, staff, and faculty. These news sources are generally viewed as having quality reporting however, that does not mean that they are without bias.

The Buffalo News is available in print at both the Choate and Transit Road libraries, along with access to the digital edition. It is accessible to anyone with a valid Trocaire username and password.

The Chronicle of Higher Education is accessible to anyone on the Trocaire network or anyone with a valid Trocaire username and password. 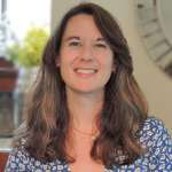 gavinj@trocaire.edu 716-827-2434 library.trocaire.edu
Embed code is for website/blog and not email. To embed your newsletter in a Mass Notification System, click HERE to see how or reach out to support@smore.com
close
Powered by Smore
Powered by Smore