Get email updates from Jordyn: 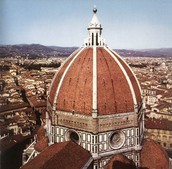 The Duomo is definitely one of the best works of art Brunelleschi did in his lifetime. I think that it is truly beautiful. I looked at some of his ideas, and what you are looking at isn’t even the beginning of it. Through many layers, you get this beautiful red roof that stands out among the other buildings. This is only the top, but the inside is just as magnificent as the outside. 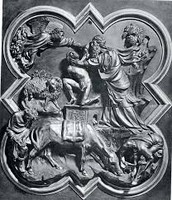 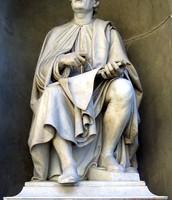 The sculpture to the right is of Brunelleschi himself, and he is looking up at his work. From what I heard, he’s actually looking up at the Duomo, but other people say that he is looking at other work, too. I think this sculpture definitely means something to the world of sculpting. Besides this, he’s carved things into rock and wood, but this is an actual life size work of art, and I know many other architects must look up to him, just like he looked up at his work!

What Else Did He Do? 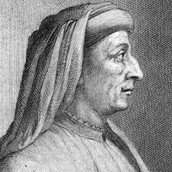