The Columbian Exposition was significant to the lives of Chicagoans today because it exposed them to cultures from around the world, amazing architectural displays and

new products that are still being used today. These are just a few of the reasons why over 77 nations participated and 27 million people attended from all over the world. "The Columbian Exposition, in its varied departments, presents exhibits to everyone and none can depart from a weeks (or even days) visit without carrying with them additional knowledge and an in creased interest in the world about them" Woolsen Spice Co. Toledo Ohio

This is a picture of a Birds Eye View of Worlds Fair spanning almost 633 acres.

Chicago wants to host the fair in order to boost real estate values, make money and enhance the city all together.

At the Worlds fair their were exhibits of many different cultures such as French and Belgium, Norwegian, German, Hayti, Brazilian, Arabian, Japanese, Spanish, Turkish and many more. One of the purposes of the Worlds fair was to encouraging nationalism and encouraging the tolerance of people of different races. The Worlds Fair is known for affecting attitudes to different ethnicities in a positive way. "All nation will be there for all are coming over to visit America. The Chinaman with wooden shoes and pigtail, The Scottish Chief and his Highland Bride, Irishmen, Germans, English, Dutch, French, Russians, Italians, these and many more will join the procession moving toward Chicago. Let us receive them royally." Woolsen Spice Co. Toledo Ohio

This is a picture of the French and Belgium section at the fair.

This is a picture of the German Exhibit at he fair.

This is a picture of the Russian Exhibit at the fair.

The Columbian Worlds Fair can be described as nothing less then magnificent when it comes to all of the beautiful buildings that where made for the appreciation of people all over the world. Nations around the globe contributed some of the innovative architects of their time and that why it is so significant. All in one place you could come see a replica of The Great Hall at Versailles, London's Crystal Palace covered Philadelphia's Centennial or Chicago's Palace of Fine Arts. The fair also was the first to debut Ferris wheel.

Designed by George W. Ferris, a bridge-builder from Pittsburgh, Pennsylvania. The Ferris Wheel was originally built to rival the Eiffel tower that debuted at the French Worlds Fair.

More commonly known now as the Art Institute of Chicago. The Worlds Congress Auxiliary Building designed by Sheply, Rutan, And Coolidge of Boston Massachusetts and was the only building not located in Jackson Park.

More commonly known today as the Museum and Science of Industry the building was designed by Charles B. Atwood for D. H. Burnham made with classic architecture it

measures about 500x320 the building is surrounded by Grecian art and is still in use today.

The Columbian Exposition had relevance on Chicagoans because it introduced them to Juicy Fruit gum, Aunt Jemima syrup, Cracker Jack popcorn, Shredded Wheat cereal, Pabst beer, the hamburger, diet carbonated soda, postcards, and the Ferris wheel. The Fair was a perfect place for products to be premiered because millions of people got to see them and the Fair was where the idea of shopping being fun really took place. 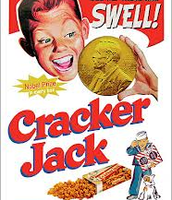 the founders of the snack. Historians say that the name of the snack was coined at the Worlds Fair when a customer was praising the brothers on how good it tasted. 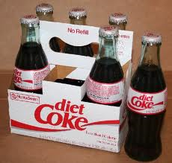 First introduced at the Worlds fair with in one year Diet Coke becomes the number one selling low calorie drink in America.