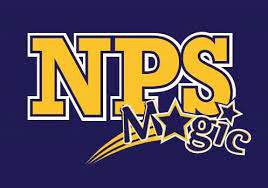 I hope that everyone had a great weekend!

This week, we will have Back to School Night on Thursday, September 30th. Additional information is listed below.

Students (1st through 5th) will continue to take the iReady Diagnostic assessment.

If there are changes in your child's dismissal plans (e.g. you are going to pick them up that day, instead of taking the bus), please use the attached form or call the main office.

Please know that I am here to help and support in any way that I can. Feel free to reach out to me directly at christopher.miller@msdk12.net. 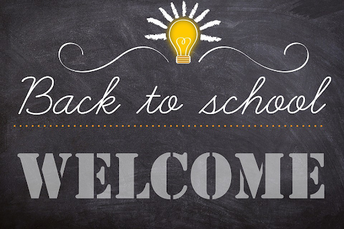 On Thursday afternoon (9/30), I will share my Principal’s Address (pre-recorded) for you to view prior to or after Back to School night.

There will be three sessions:

Please read through the following guidelines:

2. Adults attending in-person must wear a mask for the duration of the event.

3. Please maintain at least 3ft social distancing at all times.

Please RSVP for a session by clicking the attached link.

This is an exciting and important time in your child’s musical careers! Today your child attended a Band and Orchestra ensemble recruiting assembly that introduced students to the instruments we will be teaching in this year’s elementary instrumental music program. Please fill out the attached sheet with your child and return it no later than Friday October 1, 2021.

Attached to this letter is a form where you and your child can decide which three instruments he or she is most interested in learning. After all the forms are received, we will send home a letter with your child’s final instrument assignment and information about acquiring that instrument. Information about the choices for obtaining an instrument will be included with that letter.

Safety is our primary concern and we will be following all of the appropriate guidelines from the National Association for Music Education regarding student, parent/guardian, and teacher safety during the instrument fitting process and the school year. The appropriate PPE will be REQUIRED for all woodwind and brass instruments. PPE options will be included in the rental forms that will be provided with your child’s instrument assignment.

For more information on safety and current studies, please go to https://www.artsednj.org/covid19/.

We are very excited to once again be able to share the joy of learning an instrument with your child and we are looking forward to an exciting year of making music! If you have any questions, please contact us.

New Jersey's Anti-Bullying Bill of Rights Act designates the week of the first Monday in October each year as a “Week of Respect.” The schoolwide anti bullying lessons I have been providing have been focusing on using kind words and phrases. In the lower grades the discussion is around “ sharp cactus v soft bunny” words and phrases and for the middle/ older students I focused on the crumpled vs smooth heart.

Starting Oct 4th, we will be having a spirit day every day to celebrate being unique, a team player and not starting drama (see days of the week attached).

How can you help support the Week of Respect? Continue to talk child(ren) about what respect and kindness looks, sounds and feels like. Here are some examples

Kindness looks like: Helping a friend or family member, taking good care of a pet, sharing a toy with a sibling

Kindness feels like: a soft pillow, a big hug, a warm cuddly pair of pajamas.

Stay tuned for the school wide project which will be announced in next week’s newsletter. 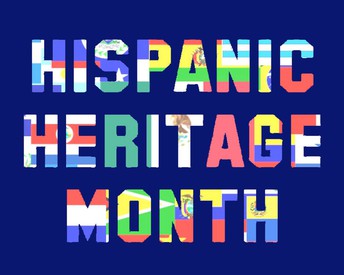 In school, we will continue to highlight the history, colorful cultures, diversity, and contributions of the ancestors of American citizens who came from Mexico, Spain, the Caribbean, and South- and Central America.

Observed annually from September 15 to October 15: It is a time to appreciate and celebrate

the history, colorful cultures, diversity, and contributions of the ancestors of American

citizens who came from Mexico, Spain, the Caribbean, and South- and Central America.

September 15 is set as the starting date for the month for several reasons. It is the

Nicaragua, and Honduras. From here onwards, the independence days of Mexico and Chile fall on September 16 and September 18, respectively.

What heritage runs in your family?

Observation of Hispanic Heritage Week started in 1968 under President Lyndon B. Johnson and was later extended to a 30-day celebration by President Ronald Reagan, starting on September 15 and ending on October 15. It was enacted via approval of Public Law 100-402 on August 17, 1988.

The Morris Educational Foundation (MEF) is dedicated to enhancing the quality of education and educational opportunities for all Morris School District students. We work hand in hand with District administration to identify and support the needs as they emerge. Learn more about how the MEF works to enrich and inspire the academic pursuits of all of our students by clicking here. Supporting ever school and every classroom, we are #ReturningTogether!

Click on this video link for more information about what the MEF does for you!

Message from the HSA:

Thank you for all of you that joined the HSA meeting last Thursday! We are excited to finalize our plans for the Cultural Arts Program, including residencies for each unit, and school events for the year.

Stay tuned for more information to come! In the meantime, if you want to get involved in our programs, please reach out to npshsapresident@gmail.com or complete our form to volunteer!

The NPS HSA will be at Back to School night! We will have a table as you enter the school and look forward to meeting all of you. We will also have a limited supply of NPS School Spirit gear for purchase (please bring cash or your checkbook!) and we will have a computer to help you create or update your MembershipToolkit information! 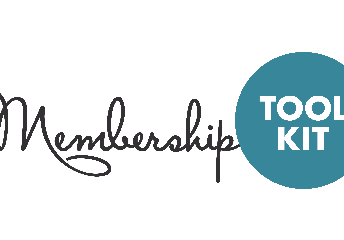 HSA MembershipToolkit accounts will expire at the end of September.

Please take a few minutes to update your account, including your children’s current grade and teacher, in the next few weeks.

Update all your information and save 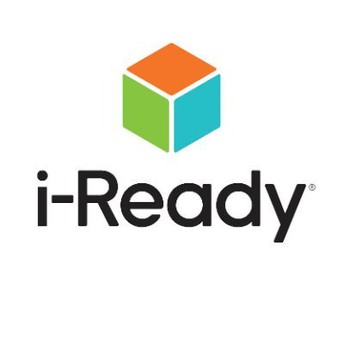 This week, our school will continue to administer the i-Ready® Diagnostic assessment for Grades 1st through 5th. Kindergarteners will begin iReady in the Winter.

i-Ready Diagnostic begins by giving students an adaptive assessment in reading and math. An adaptive assessment is a test that automatically adjusts the difficulty of the questions according to each student’s performance in order to determine his or her abilities in reading or math. i-Ready is a very different kind of test that presents students with questions that can be both too easy and too hard. It is designed to do this until the assessment finds exactly the level at which the student is performing. Therefore, your child will certainly see some items above his or her level. Your child will be encouraged to independently complete the test to the best of his or her ability, and know that it is okay to get questions wrong.

Each time a student gets an item incorrect, he or she will be presented with a simpler question until the diagnostic finds the grade level at which the student is performing. The assessment efficiently assesses students across multiple grade levels, allowing for identification of root causes of students’ struggles or for identification of areas where a student is ready for further challenge. This information will then provide the teacher with a “road map” to instructional remediation.

Once your child completes the test, he or she will be assigned online instruction to support his or her progress in mastering each skill. i-Ready Diagnostic supports the teachers and administrators at your child’s school. The program provides a series of comprehensive reports designed to make classroom instruction more effective. These reports include data about student performance as well as detailed teaching suggestions. They help educators make informed decisions about the instruction that is right for your child.

Should you have further questions, please do not hesitate to contact me or your child’s teacher. 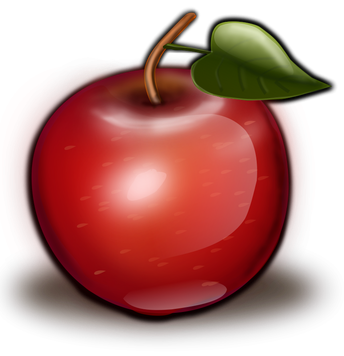 Students will be having snack time during the school day, with all necessary safety measures in place. Please send your child in with a healthy snack.

As students enter the building, they will be able to grab-and-go breakfast if they choose to.

For lunch, students will be asked at the beginning of the day if they would like to order (providing their choice of either the hot/cold option). Teachers will present the menu choices for the day.

Where will students eat lunch?

Students will eat lunch at 6 ft apart (seats facing the same direction). We will utilize classrooms, cafeteria, and lab to accommodate all students at 6ft apart. 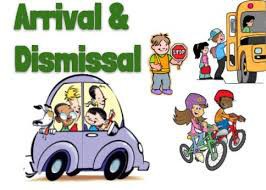 Arrival Procedures: Students are permitted into the building at 8:40 a.m. Students bussed to school will be dropped off in the front of the building.

Drop Offs: Students being dropped off in the morning may enter through the back doors. Please use the drop-off/pick-up line in the back of the building. There is no supervision before 8:40, and children who arrive before that time, will not be permitted to enter the building. A staff member will be at the door between 8:40 and 8:55 a.m. to welcome students. Any student arriving after 8:55 must enter the front of the building and report to the nurse’s office with a parent or guardian to obtain a late pass.

Dismissal Procedures: Dismissal begins at the conclusion of our last period, 3:05 p.m.

All students are encouraged to ride the bus to and from school.

At dismissal, students will be dismissed from the back of the building. When picking up your child, please use the pick-up line. Stay in your vehicle. Teachers will accompany your child to your car.

Pick-Up During the Day:

If a situation arises that requires you to pick your child up during the school day, please use the attached form or call the main office. Students being picked up early are asked to be picked up before 3 p.m. Before leaving, you must sign your child out in the notebook provided in the office. Unless an emergency arises, please refrain from calling the office after 1:30 to make changes to your child’s dismissal. 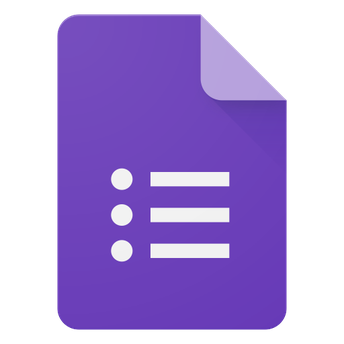 Communication Between Home and School