Mateo is using Smore newsletters to spread the word online.

Get email updates from Mateo:

"A Long Walk To Water" By Mateo And Mailo

"A Long Walk To Water" By Mateo And Mailo

Linda Sue Park is a woman who wrote since she was in kindergarten.She was a reader and a re-reader."That's the only reason I became a writer"(1)says Linda.Her first publication was a haiku in the children's magazine,when she was 9 years old.Linda was born and raised in Illinois.Her parents had migrated to the United States from Korea."Having been in my aunts traditional house helped me imagine an important part of the setting for my first book,"Seesaw Girl"(1) says Linda ."I also received degrees in London and Dublin-where I moved to be near a charming Irish man who became my husband"(1) says Linda.Linda also had two children who are now teenagers."They help give me feedback on my writing(1)"says Linda.Linda also owns a border terrier named Fergus.The inspiration of "A Single Shard"came to her from reading.She had already written "Seesaw Girl" and "The Kite Fighters",so the research she had done on these books led her to "A Single Shard"."I can give advice to anyone interested in writing in one word:READ!I think it's much more important to be reader then a writer!"(1) says Linda Sue Park. 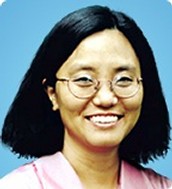 Linda Sue Park is the author of the books "Seesaw Girl","The Kite Fighters","A Single Shard and "A Long Walk To Water".All these books were written by Linda Sue Park.Linda Sue Park started to write since she was in kindergarten.

Modern day Sudan is located in Africa.Sudan was the largest country in Africa until 2011,When south Sudan separated into an independent country.Sudan suffers from many challenges including poor human rights. 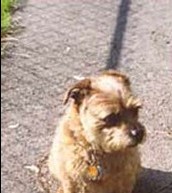 Why And How People Should Read Linda Sue Park Novels

Mateo is using Smore newsletters to spread the word online.