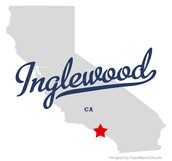 Jeanne Wakatsuki Houston she studied sociology and journalism, she was the youngest from four boys and six girls.

Were she Jeanne Wakatsuki houston lived

She lived in southern California in 1942 , Then she was evacuated from her home and into the camp.

How she was Inspired to write ?

Jeanne decided to tell her story about the time she spent in Manzanar in Farewell to Manzanar, co authorized by her husband in 1972.

Jeanne Wakatsuki faced a horrible time in the camp with her family after she was evacuated out her home.

How many kids are reading her book in California ?

How or why are her books known today ?

They are known for their fight and her book tells kids how it was in her time and how things were during pearl harbor and also because her book was published.

Why is the author considered influential ?

Jeanne influences kids to work hard and not give up in life.

Jeanne is well known for her book Farewell to Manzanar, She went to a camp