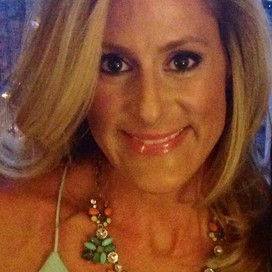 Get email updates from Blythe:

Generosity Looks Good on You!

Generosity Looks Good on You!

Shop for a cause! JOIN US Thursday, August 29th in Chicago or Shop Online!

Please join us for fun and fundraising for The Jackson Chance Foundation with Stella & Dot and The Hard Rock Hotel - Chicago! You're invited to shop celebrity-coveted accessories, featuring the hottest trends for Fall and the perfect gifts for any occasion from Stella & Dot. The more you shop, the more free jewels we can give away and the more money we can raise for families with babies in the NICU.

For a sneak peak or to shop online, visit: http://www.stelladot.com/ts/8s0s5

The Jackson Chance Foundation is an Illinois not-for-profit organization dedicated to providing resources to families with babies in neonatal intensive care units (NICU).

The Jackson Chance Foundation has the unique opportunity to double all donations made by August 31st, by one extremely generous and anonymous donor, up to $45,000! This is the perfect time to get together and look good while doing good!

How to Give In Person

Swing by, have a cocktail and get ready to be pampered! We'll have personal Stylist's on hand to help you update your look with celebrity-coveted accessories, featuring the hottest trends for Fall and the perfect gifts for any occasion! The more you shop, the more you can win!

Purchase raffle tickets, 1 for $10 or 3 for $25, at the event to win the hostess rewards (hundreds in free accessories!) earned through every order!

How to Give Online

Shop for gorgeous accessories by Stella & Dot, online: http://www.stelladot.com/ts/8s0s5 AND by entering to win hundreds in free accessories! Purchase raffle tickets to win! 1 for $10 or 3 for $25

To purchase raffle tickets , contact Blythe Pongracz at blythe.pongracz@me.com or 734.502.9548

OUR STORY
Our beloved son, Jackson Chance, came to us on 11.11.11 @ 11:11pm. He was as special as his birthday was unique. Jackson spent his entire life in the NICU. We were blessed to have him in our lives for 10 amazing but short months. We were fortunate to have the resources and support that allowed us to spend not only significant but quality time with him. The NICU was our family’s home away from home, and we know first hand the challenges parents face while having a child in the hospital.
Jackson Chance was born 10 weeks premature and spent all but 48 hours of his life in the hospital. He was a fighter and a very happy baby. I (Carrie, his mother) was fortunate to have the support and resources to spend each and every day with him in the hospital. We truly made the hospital his home.
We always thought Jackson would come home and live a long life with us. We never considered the possibility that he would not make it home until right at the very end. Jackson passed away in his mother's arms while holding his father's hand on September 7, 2012 just shy of 10 months.
The few lucky ones who got to meet Jackson were truly amazed by his spirit. He was by far, the happiest baby I have ever met. We believe that the time we were able to spend with him not only contributed to his happiness but also greatly enhanced and extended his life.
Jackson gave us more joy in 10 months than we could hope for in a lifetime.
We hope that Jackson's memory will continue to live on by touching similar families. We were able to find so much joy in the NICU and create an environment where the hospital became an extended family to us and Jackson. We believe, without a doubt, that this contributed to Jackson having so much happiness in his short life. We hope others are able to experience this as well.
Our goal at the JCF is to help others “Enjoy the Moment!” just like Jackson did.