Carson is using Smore newsletters to spread the word online.

Get email updates from Carson:

Polk directed the war from Washington, D.C. He sent a 4-prong attack into the Mexican heartland. JOHN FREMONT and STEPHEN KEARNY were sent to control the coveted lands of CALIFORNIA and NEW MEXICO. Fremont led a group of zealous Californians to declare independence even before word of hostilities reached the West. The "BEAR FLAG REPUBLIC" was not taken seriously, but Fremont and his followers did march to Monterey to capture the MexicanPRESIDIO, or fort. By 1847, California was secure. 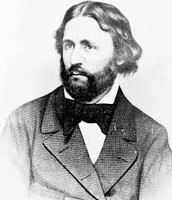 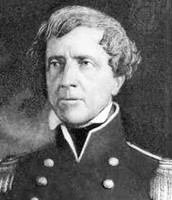 Texas gained its independence from Mexico in 1836. Initially, the United States declined to incorporate it into the union, largely because northern political interests were against the addition of a new slave state. The Mexican government was also encouraging border raids and warning that any attempt at annexation would lead to war. 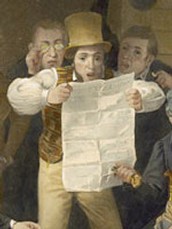 On May 9, 1846, Polk began to prepare a war message to Congress, justifying hostilities on the grounds of Mexican refusal to pay American claims and its refusal to negotiate with Slidell.

The Treaty of Guadalupe Hidalgo officially entitled the Treaty of Peace, Friendship, Limits and Settlement between the United States of America and the Mexican Republic, is the peace treaty signed on 2 February 1848.

The Mexican-American War (1846-1848) was fought from California to Mexico City and many points in between. There were several main engagements: the American army won all of them. Here are some of the more important battles fought during that bloody conflict. 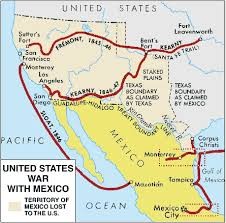 The war between Mexico and the United States had its beginnings with the struggle over who would control Texas. American settlers began moving to the Texas territory in the 19th Century, after the Revolutionary War had been won and the exploration of lands west of the Appalachian Mountains had begun.

Carson is using Smore newsletters to spread the word online.