In all cases, European settlers relied on the aid of Native American initially to survive and establish colonies. In all cases, increasing friction led to hostilities which led to war and eventual colonial victory.

In Jamestown (Opechanacanough), conflict was spurred by an ever increasing number of colonists being pushed west by the need for fresh land for tobacco. Additionally, many of these settlers took the best land along the navigable waterways. In 1622, the Powhatans led by Opechanacanough, killed abut 1/3 of the settlers in Virginia but suffered devastating repercussions. In the 3rd Powhatan War, 1644, Opechanacanough was captured and killed, signaling the end of Powhatan resistance.

The Pequot War (1634-1638) was an alliance of New Englanders along with the Narangansett and Mohegan fighting the Pequot. Conflict was fueled by both colonial encroachment and native competition in the fur trade. Most important from the Pequot War was the brutal colonial massacre of an estimated 700 defenseless women and children at Mystic River (1638).

King Philips' War (1675-1678) was precipitated by colonists encroaching on land and economic rivalries with the Iroquois. Although King Philip's alliance was initially successful, attacking more than 100 colonial settlements, they were eventually defeated.

Pontiac's Rebellion (1763) was a post French and Indian War attempt to stop colonial westward encroachment on native lands. Led by the Ottawa chief Pontiac, natives scored early victories before an eventual negotiated peace with the British. The result was the Proclamation Line of 1763 which, generally, barred colonists from moving west of the Appalachian Mountains. Colonists wee incensed by the British taking away possible land which they believed that they had fought for during the French and Indian War. This attempt at racial segregation by legal declaration along a geographical line failed. This failure would be repeated.

In Bacon's Rebellion (1676 - Jamestown), former indentured servants living on the frontier rebelled against the perceived lack of defense against native attacks. This rebellion also pitted the lower socioeconomic groups led by Nathaniel Bacon against the tidewater gentry led by Governor William Berkeley. Although initially successful (e.g. the burning of Jamestown to the ground), the rebellion was eventually put down. A major after effect was gradual end of indentured servitude and the tightening of laws regarding slaves.

The Paxton Boys (1763 - Pennsylvania) were frontiersman in present day Pennsylvania who complained of lack of protection from native attacks. They brutally massacred several dozen peaceful Connestogas during multiple raids. Two hundred and fifty Paxton Boys marched on Philadelphia to raise grievance. However, they were met in a small town outside of the city by a group led by Benjamin Franklin. The Paxton Boys dispersed when it was agreed that their grievances would be read to the Pennsylvania legislature.

Shays' Rebellion (1786-1787) was driven by tough economic times characterized by property seizures, bankruptcies, and tight consumer credit. Daniel Shays led a group of more than 4,000 to march on Springfield Massachusetts to reform or overthrow the state government. Although Shays' group was stopped, it led many influential Americans (e.g. George Washington) to come to the belief that the Articles of Confederation needed to be amended to give more power to the central government. This, in part, led to the convening of the Philadelphia Convention in 1787.

The Whiskey Rebellion (1791) was motivated by the imposition of an excise tax on distilled spirits (mostly whiskey) that was a key source of revenue in Hamilton's plans to assume the national debt from the Revolutionary War. Western Pennsylvania farmer/distillers strenuously objected to the federal tax from a central government that they believed did not represent them. Several hundred distillers refused to pay the tax and harassed/attacked tax collectors. President Washington led an army of 13,000 to put down the whiskey rebellion. There were no battles. However, as a theme in US History, distillers, moonshiners, and bootleggers prove difficult to find and tax for generations.

Slave Rebellions (not including feigning illness, slowing the pace of work, and running away) 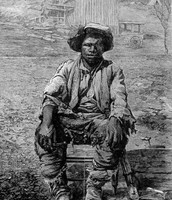 Stopped before the revolt could take place, Gabriel Prosser and 24 followers were arrested and hanged. This led to greater restrictions on free blacks and lessening opportunities for assembly and education for slaves. 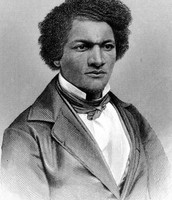 Vesey's planned rebellion was stopped before it could start and eventually 67 slaves were arrested for conspiracy and hanged. This led to many new restrictions being placed on slaves.

The rebellion successfully killed 60 white Virginians, resulting in more than 200 slaves being killed.

Virginia and other states passed more laws limiting the actions of slaves.

John Brown - in a Group by Himself

Brown believed that armed insurrection was the only way to abolish slavery. During the vicious Border Wars between Missouri and Kansas, Brown and his followers murdered 5 pro-slavery Kansans at Pottawatomie.

Brown also attempted to obtain the guns from a federal arsenal at Harper's Ferry to start and arm a slave rebellion. Although unsuccessful and eventually hanged for conspiracy and treason, Brown became a pivotal figure in defining the irrepressible conflict looming between the North and the South. 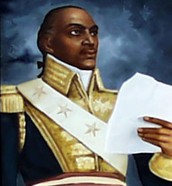 Facebook @none
This is the first slave rebellion that ended with the establishment of a state (new nation). The first Haitian government ordered the execution of 3,000-4,000 white Haitians between February and April of 1804.

The success of this rebellion scared many slave-holding states, particularly South Carolina and Mississippi where slaves were at or near majority status.