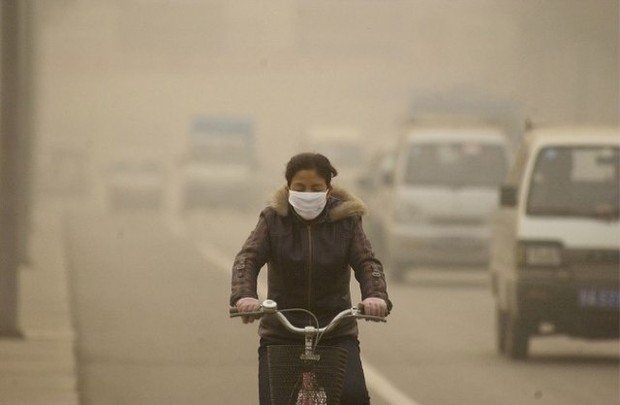 Ever since I was a kid, I grew up hearing about pollution and global warming. The issue of environmental problems is everywhere and it doesn't have to be just pollution. I watched many national geographic shows that talk about deforestation, desertification, and more. Animals are affected and by our trash, I see that they could just eat them without knowing the consequence. I have seen this on beaches in Hawaii and it is sad to see birds, turtles, and fishes taking the consequences of our actions to litter. Even if we were to fix our littering actions, we may have trouble with our sewage system. Hawaii has a really terrible sewage system that is always breaking. You would hear about a water main break every week on the news and traffic would have to be diverted. The affects of our poop could create a smelly situation. At one point, Waikiki had a sewage problem to the point where sewage had to be poured into the ocean. That was very bad for the environment and made the beach in Waikiki unsafe to swim in. On top of the pollution in our waters, as a kid, I would hear about global warming, so this sparked an interest in alternative energy. I saw that nuclear energy would be the future if we want to go for a green house gas free world. This allowed me to pursue my dream to be a nuclear engineer.

Growing up in Los Angeles, exposed me to many environmental problems that impacted me directly. From terrible air quality, pollution and water droughts to climate change impacts driven by human choices. The entire world is impacted by the irresponsible actions and decisions taken by leaders of countries and all humans. Environmental problems don't just impact the poor, or certain parts of the world, but those who are greatly impacted are those who live in developing countries and/or are poor. Spending time in the Central Valley of California exposed me to experience first had terrible air quality, water pollution and water droughts. Water pollution is a critical problem that impacts many people all over the world. According to the EPA around 70% of the industrial waste is dumped in water bodies where they polluted usable water suppy. There is at least 320 million people in China that do not have access to clean drinking water. This is critical because the lack of clean usable water results in the pumping of ground water. Heal the bay estimates that 14 billion pounds of garbage are dumped into the ocean. This not only impacts our water supply but impacts and kills many organisms and plants. Many people die because they get diseases from the water they drink. Air quality is also another threat.

Due to the terrible air quality, there are higher rates of asthma victims. About 1/3 of California residents live in communities with terrible air quality. Air pollution is derived from pollutants generated by vehicles, factories, pesticides and many other ways. Air pollution is a serious threat that threatens human health by provoking asthma, bronchitis, heart and lung diseases. California is not the only place that has a serious air pollution problem. China has one of the worst air pollution in the world. China has had the worst air pollution that has caused the closure of schools, factories and construction cites, and forcing the temporary removal of cars off the road. The EPA estimates that we breathe over 3,000 gallons of air each day. Air pollution doesn't just impact human health but also damages trees, crops, plants, and impacts animals.

Solving environmental problems are critical for the survival of humans and the preservation of out environment. People should care about having a clean environment because it is essential for healthy living. There are many environmental problems, which all impact not only humans and their lifestyles but also animals and other species living on earth. It is crucial that we adopt sustainable lifestyles and make better decisions, so that future generations will have the opportunity to enjoy a healthy, rich, and biodiversed planet. We all have the power to make a difference in conserving our planet, some lifestyle choices include: conserving energy, using energy efficient appliances and electronics, driving less or using public transportation/ biking/ walking, conserving energy, eating and shopping locally, wasting less water, taking shorter showers, consuming less, recycling, reusing, composting, and growing your own food are just a few ways we can all make a difference.

The Willamette River flows through Portland, with a large majority of Oregon’s population living within a close proximity. The river has seemingly always had a problem with pollution although the amount has decreased in recent attempts to clean it. One of the sources of the pollution came from all the industrialization that has grown close to the shore. A lot of the modernization has left soils contaminated which then affects the river from rain runoff. Along with that several different sewage overflows have increased bacteria in the river. This is disrespectful to the environment and not healthy for the population of Oregon. Living close to the river and having a couple friends with boats gave me a better look at the concern of the cleanliness of the water. One of them liked to take their boat out to wake board and tube. They would usually take it to a lake, but occasionally they would go out on the river. There are certain times that get worse than others but you always know that it’s not the cleanest place for recreational activities. I remember there being warnings in the summer of last year and the year before about toxic parts of the river. The Public Health Division advised river users to stay away of certain areas of the river. It’s a constant battle to keep it clean and although it may be safe to use in certain areas and at certain times of the year, we need to do a better job of decreasing the ongoing pollution. I really enjoy recreational activities like tubing, fishing, paddle boarding, and it would be so much better to have a clean, worry free environment to do those. It is our responsibility to keep the area we live pollution free and do our part to clean up what we can, while sustaining it. Not only for the health of Oregonian’s but the wellbeing of wildlife that live in and around the river. Pollution is a huge problem that many seem to not grasp the importance of decreasing the amount of. We take for granted the areas we live in and should take better care of the environment we forcefully place ourselves.

Personally I have experienced the effects of deteriorating air quality in my neighborhood, which is beside busy roads with heavy traffic. Air quality is affected to a large extent by growing population and vehicular traffic. Vehicular emissions contribute to global warming, and lead to serious human health impacts such as respiratory disorders, Asthma, heart disease, cancer etc. Vehicle exhaust usually contains green houses gases such as CO2, NOx, SO2, and pollutants that pose high health risk such as ozone, particulate matter, 1,3 butadiene and formaldehyde. Ozone is formed when nitrogen oxides and volatile organic compounds emitted from vehicle exhausts react in presence of sunlight. Cars and trucks are the largest source of smog , and photochemical smog forms several secondary air pollutants such as ozone and peroxyacetal nitrate , which affect human vision and pulmonary function. Diesel emissions and fine particulates of size less than 2.5-micron pose serious risks to those with Asthma, and vulnerable population comprising of children, elderly as well as those with compromised immune system.

High air pollution episodes occur frequently in areas such as mine, adjacent to roadways on days with high traffic, and poor whether conditions lead to concentration of pollutants in the area. Also, air quality monitoring is difficult in case of vehicular pollution, as the sources are moving and the concentration of pollutants vary instantaneously in some locations. Hence, average concentration of emissions measured across a specific time period, which is used by regulatory agencies, to determine air quality in a region might not be relevant at all. Vehicular air pollution is a serious environmental problem and growing cities need to focus immediately on this issue. CDC has estimated about 13% of children in US below 18 years have Asthma, and its prevalence has almost made it an epidemic. Ways to minimize vehicle air pollution is preventing traffic congestion, preventing urban sprawling and commutation over long distances, siting residential areas, schools and parks away from major high ways, developing more green spaces, car pooling etc. Thus urban air pollution contributed by poor management of vehicular movement is a serious issue that has adverse local as well as global environmental impacts. Controlling vehicular pollution is a challenge, and it needs the combined effort of governments, regulatory agencies and common people.