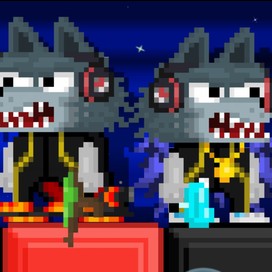 Top 10 Strangest Foods In The World

Top 10 Strangest Foods In The World

This is a grasshopper fired, seasoned in salt,pepper,chili and fried in a big wok. People say it tastes a little like hollow popcorn and when you bite into a little bit of juice squirts out of it if its not cooked long enough. Gross!

The stomach lining of various animals with a sponge-like honeycomb texture. Looks like some weird kind of sea plant life and has a and not entirely appetising rubbery texture. Served up with various sauces to add flavour or simply with an accompaniment like onions.

A favourite for people in the Southwestern United States, it’s said to taste a little like frogs legs. Experts advise boiling the meat off the bones before dipping in egg and covering in seasoned salt mix, flour and breadcrumbs. Deep fat fry and munch away.

Its sad to see dog carcasses roasted beyond recognition or locked in those tight little cages, waiting for the slaughter. While not widely consumed in Korea these days, dog meat is big money in Vietnam, leading to a massive increase in the stealing of family pets.

Shrimp served both living and drunk, stunned in a strong liquor called baijiu. Diners usually bite the head off first before consuming the body. A horrible thing to do, not just for the cruelty part, but also for the big risk of getting sick.

A developing duck embryo that’s boiled alive in its shell. As well as sounding incredibly harsh, it looks incredibly unappetising. Still, it’s a common street food and is usually served with beers.

Part of the Australian ‘bushmeat’ family, this was another staple of Common Australians in the desert. These can either be eaten raw, when it tastes like almonds, or lightly cooked, where its skin crisps like roast chicken and its insides take on the look and consistency of scrambled egg.

Used to flavour stews or eaten on their own, stinkbugs are said to have a crunch to them and taste a little like apple. Prepared by boiling, the bugs release defensive fumes in a last ditch attempt to survive, and while it hurts the eyes it’s no more successful than the onion’s weak survival attempt.

Fried spider is a regional delicacy popular in the Cambodian town of Skuon, prepared by marinating it in MSG, sugar and salt and then frying it in garlic. Apparently it has more meat on it than a grasshopper, but also has brown sludge in the abdomen, which consists of mainly innards, eggs and excrement.

A big fat, juicy worm that’s said to be full of meat. Although traditionally dried or smoked to preserve, they are usually rehydrated and cooked with tomato or chilli sauce to flavour. According to an American couple who tried the dish on the Food Network, it tastes like honey barbequed chicken.