Collonies of the Early USA

Collonies of the Early USA 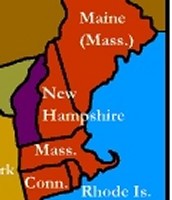 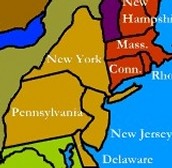 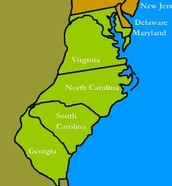 What Can You Do and See in the 13 Colonies?!

You Can Visit the Colonial Cities!

Come down of the oldest colonial cities! Right along the shore of the Atlantic Ocean and along the Massachusetts Bay, it is a site to see. You can visit one of the many monuments from the colonial times. You could also spend a day sight-seeing before taking a cruise down the Charles River. The same one that helped the colonists import and export goods with other European nations.

Another colonial city worth visiting is Albany, New York. While now it is the state capital of New York, it is one of the oldest settlements from the original 13 colonies. You can stop by and see the Fort Orange. Built by the colonial Dutch, it served as a military base for over 50 years until the English took control of it. You can also walk down to the First Reformed Church. This church dates all the way back to 1634!

Philadelphia, Pennsylvania should definitely be on your list of Colonial Cities To Visit. This city had been given to Quaker William Penn by Charles ii of England in 1681. We consider the Pennsylvania colony to be a holy experiment. Unlike other cities of the colonial time, William had decided to implement a 'utopian' society with its settlers. You will not find a colonial dated church, you will not find an ancient social class, but what you will find in this city are many historical advancements in politics and the arts. Visit where the Declaration of Independence was signed or you could go to its Academy of Natural Sciences for a change of pace.

Take a Cruise Down a River

A cruise down the Potomac River packs a punch. Over the 383 miles the river extends to, it crosses four states (plus Washington DC); from Fairfax Stone, West Virginia to Point Lookout, Maryland and into Chesapeake Bay, Massachusetts. You would be able to see the old trading sites of the colonists as well as the Native Americans, to visit the interesting Georgetown of DC, to climb Mount Vernon or to go to the George Washington Memorial Parkway.

The Hudson River covers much of what is New York State. You could start at of Indian Pass Brook and Calamity Brook near the outlet of Henderson Lake in Newcomb, Essex Country,, New York in the Adirondack Park. The river flows southward past the state capital at Albany, and eventually forming the boundary between New York City and New Jersey before ending up in Upper New York Bay. This is definitely a trip for the whole family to enjoy.

1. What was Britain's purpose for establishing the Georgia colony and the Pennsylvania colonies. Britain's purpose for the Georgia colony and the Pennsylvania colonies were to create different "social experiments". Both were not created for the same purpose, but the of both were set up for the people who didn't fit in with the "typical" colonists. Colonial Georgia had shared its boarder with Spanish Florida. Due to the fact that the British were scared of the Spanish, they wanted to create a buffer between them; they did this by sending prisoners and criminals down to Georgia. While Georgia was meant to scare off the Spanish, the Pennsylvania colonies were created for freedom. Its creator, William Penn, was a Quaker. His goal was to create a colony with no social class, no strict religious system, but with a strong economic system. Due to his vision being abnormal at the time, the officials had seen this society to be an experiment because it had never been done before.

3. What was the name of New York City prior to English control? New York was previously named 'New Amsterdam' as it was under the control of the Dutch.