Bridger is using Smore newsletters to spread the word online.

Get email updates from Bridger:

The purpose of this public service announcement is to tell the freedoms of assembly. And to let everyone be aware of the responsibilities that come with this freedom. And how this freedom can be taken away. 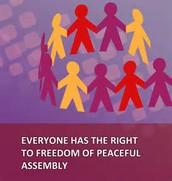 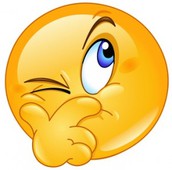 Have you ever been in a protest, or even a group chat? These are only a couple of different types of assemblies.

When you made that group chat, are you respecting everyone in that group message? Or when you were in a protest with a group of people. Did it get out of hand or violent? We have the right to different types of assemblies, but with this comes responsibility that each participant must follow.

As a participant of being in a type of assembly you have the freedom to either protest what you believe is wrong, create a group chat where you can talk to all your friends at once, call in everyone at school ( Ex. Pep Rallies) , or even have a meeting at work. These aren't the only forms of assemblies. The catch to all these freedoms we have is called responsibilities. We can do so many good things, but right when we mess up the slightest. We can be stripped from our freedoms. Once you're considered irrisponsable that is a title that can ruin many opportunities for you. For instence if you were looking for a job in some type of business, and the job was for you to gather everyone in for a meeting. Do you think if you were classified as being irresponsible in the subject of assembly, you would get the job? Odds are your not. This type of freedom is a key part to a lot of issues now a days. So many take advantage of this freedom for the worse. For example, group chats can cause to a high case of bullying. During protests if one person gets out of hand then it could turn a peaceful protest to a protest that cause injuries and even death. This freedom that was bestowed upon us is a key part to our every day lifestyle. We have made friends by this, made enemies, caused problems, but we made solutions with these as well. Without any form of assembly, then we wouldn't have much in the world we live in today. Phones that we all have today was made by a group of people being ASSEMBLED. Them getting together made them use everyones mind to create a high-tech phone.

Lets Talk About You

More students have been in a group message of some kind. Think about if someone decides its a good day to pick on you. Then your freedom of assembly is being punctured by comments being said over text. Same the other way around, you decide to pick on them then you can lose a friend, your freedom of assembly, and you taking away their freedom as well. If they know they will get teased then why would they continue to talk in a group chat. THATS TAKING AWAY THEIR FREEDOM,WHICH ISN'T RIGHT WHATSOEVER. Go take advantage of this freedom, and don't ever lose it over one decision you made that took it away from you.

sydneywyse.blogspot.com
This one mistake that happened to the student that attended Kent St changed his life. He was practicing his freedom to protest, when he gets shot twice. This one mistake changed his life forever, he then later had to drop out of Kent St and move to Oregon. This guy named Joseph Lewis couldn't take advantage of this freedom because of this guy that couldn't handle his freedom and responsibilities that came with the freedom so it ended up ruining his life as well.
So I encourage you to go out and take advantage of this immaculant freedom. But at the same time be responsible so this freedom can't be taken away from you. Even if your a kid now then its a good time to start now, so when your older your responsible enough that you would get that job.

Bridger is using Smore newsletters to spread the word online.