Shaylee is using Smore newsletters to spread the word online.

Get email updates from Shaylee: 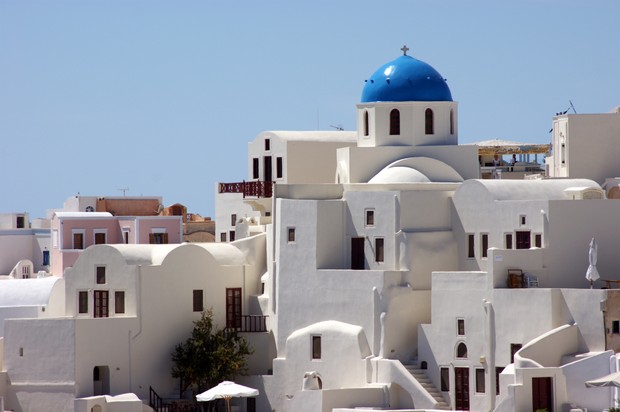 Santorini is today a group of islands in Oia, Greece. Santorini was one full island until 1500 BC when a volcano caused the island to spread into multiple. In the late 19th and 20th centuries, Oia was a mariner's town. Becoming a mariner's town resulted in seaborne trade throughout the Mediterranean. By around 1890 , there were around 2,500 residents and 130 sailing ships. A wharf was built in the Bay of Armeni. A wharf is a pier where ships or boats are tied up and loaded and unloaded. There were some effects of building this wharf. One effect was that tasty wine was produced. The concentration of shipping caused seagoing trade to collapse. Last, agriculture got smaller when immigration increased. 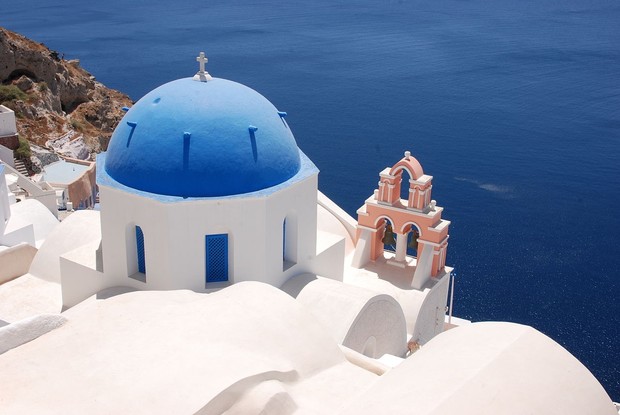 Beauty of the Church

The Blue Domed Church was built on the slope of Caldera. Surrounding the church are narrow paths, beautiful Cycladic houses, cave houses carved into the rock face of mountains, and pretty flowers. The church gives a great view of the sunset and a body of water. On each of the domes there are windows around the sides of the domes, and carved crosses on top of the domes. Also located at the church are famous bells used during a service. 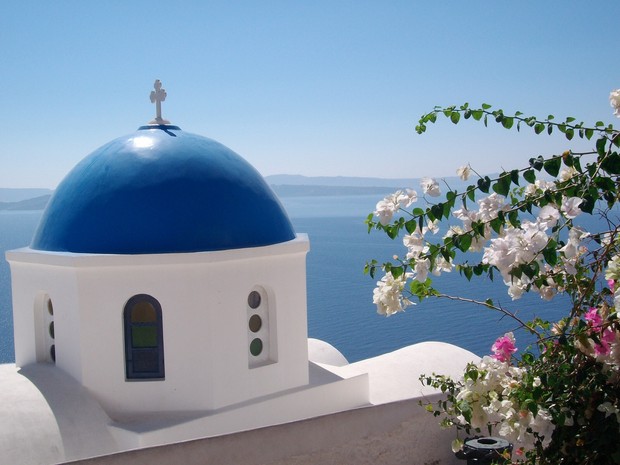 Importance of the Church

The Blue Domed Church plays a big part in the lives of Greece citizens. The church is sometimes used as a wedding location. It gives an iconic vision of the island. The color blue is considered a color of importance in Greece because it 'reflects the color of the sky and sea.' The blue domed church is consider a classic postcard shot. Santorini isn't just about religion. It is about beauty, art, the growing of a city, and protection of a special architectural pattern that makes the island stand out. 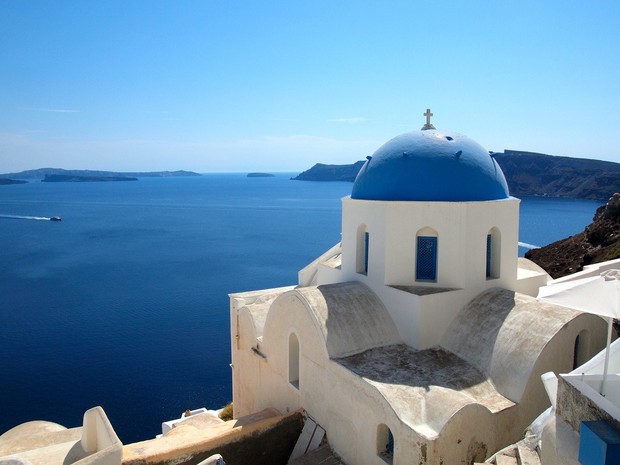 As one of the most photographed churches in Santorini, this church is a famous monument that has helped many and provides beauty to anyone that visits. 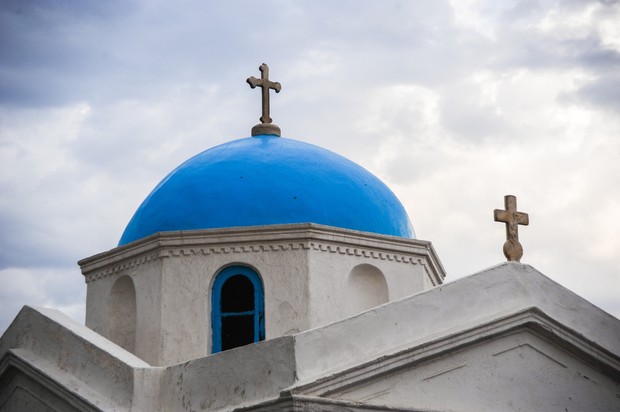 Shaylee is using Smore newsletters to spread the word online.