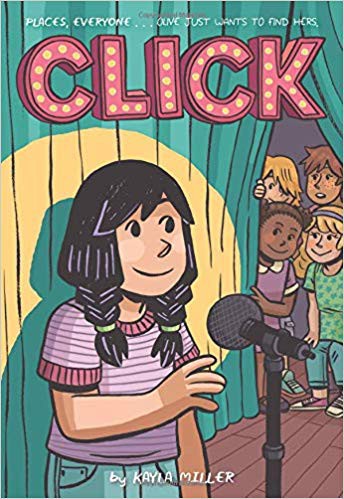 For fans of Smile and Real Friends comes a debut graphic novel about friendship and finding where you click" in middle school.

Olive "clicks" with everyone in the fifth grade-until one day she doesn't. When a school variety show leaves Olive stranded without an act to join, she begins to panic, wondering why all her friends have already formed their own groups . . . without her. With the performance drawing closer by the minute, will Olive be able to find her own place in the show before the curtain comes up?
Author-illustrator Kayla Miller has woven together a heartfelt and insightful story about navigating friendships, leaning on family, and learning to take the stage in the most important role of all. 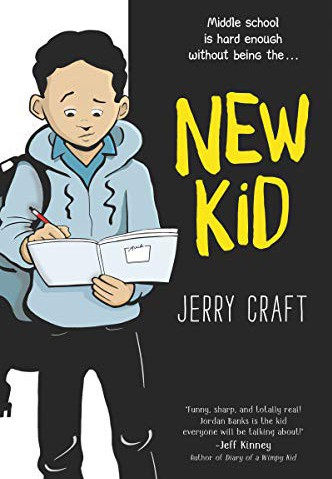 Perfect for fans of Raina Telgemeier and Gene Luen Yang, New Kid is a timely, honest graphic novel about starting over at a new school where diversity is low and the struggle to fit in is real, from award-winning author-illustrator Jerry Craft.

Seventh grader Jordan Banks loves nothing more than drawing cartoons about his life. But instead of sending him to the art school of his dreams, his parents enroll him in a prestigious private school known for its academics, where Jordan is one of the few kids of color in his entire grade.

As he makes the daily trip from his Washington Heights apartment to the upscale Riverdale Academy Day School, Jordan soon finds himself torn between two worlds—and not really fitting into either one. Can Jordan learn to navigate his new school culture while keeping his neighborhood friends and staying true to himself? 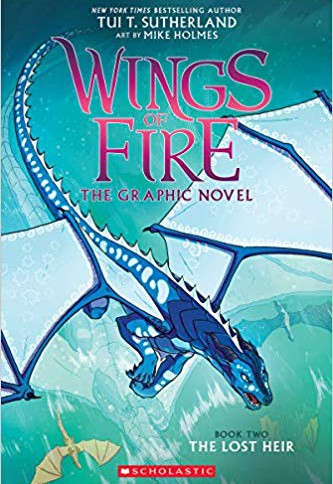 Wings of Fire: The Lost Heir

The lost heir to the SeaWing throne is going home at last.

She can't believe it's finally happening. Tsunami and her fellow dragonets of destiny are journeying under the water to the great SeaWing Kingdom. Stolen as an egg from the royal hatchery, Tsunami is eager to meet her future subjects and reunite with her mother, Queen Coral.

But Tsunami's triumphant return doesn't go quite the way she'd imagined. Queen Coral welcomes her with open wings, but a mysterious assassin has been killing off the queen's heirs for years, and Tsunami may be the next target. The dragonets came to the SeaWings for protection, but this ocean hides secrets, betrayal -- and perhaps even death.

The New York Times bestselling Wings of Fire series takes flight in this first graphic novel edition, adapted by the author with art by Mike Holmes. 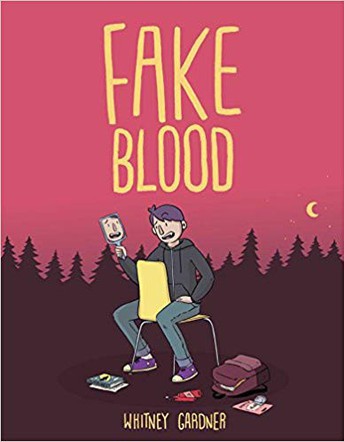 A middle schooler comes head-to-head with his vampire slayer crush in this laugh-out-loud funny graphic novel that’s a perfect coming-of-age story for anyone who’s ever felt too young, too small, or too average.

It’s the beginning of the new school year and AJ feels like everyone is changing but him. He hasn’t grown or had any exciting summer adventures like his best friends have. He even has the same crush he’s harbored for years. So AJ decides to take matters into his own hands. But how could a girl like Nia Winters ever like plain vanilla AJ when she only has eyes for vampires?

When AJ and Nia are paired up for a group project on Transylvania, it may be AJ’s chance to win over Nia’s affection by dressing up like the vamp of her dreams. And soon enough he’s got more of Nia’s attention than he bargained for when he learns she’s a slayer.

Now AJ has to worry about self-preservation while also trying to save everyone he cares about from a real-life threat lurking in the shadows of Spoons Middle School. 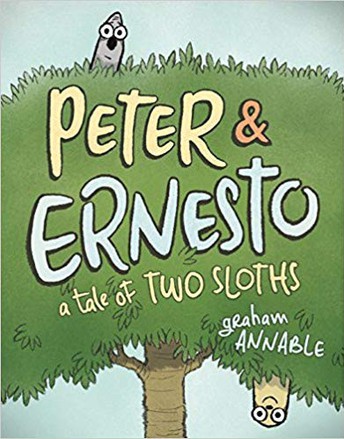 Peter and Ernesto: A Tale of Two Sloths

Peter and Ernesto are sloths. Peter and Ernesto are friends. But Peter and Ernesto are nothing alike. Peter loves their tree and never wants to leave, while Ernesto loves the sky and wants to see it from every place on Earth. When Ernesto leaves to have a grand adventure, Peter stays behind and frets. The two friends grow even closer in separation, as Peter the homebody expands his horizons and Ernesto the wanderer learns the value of home. With ridiculously cute art and simple, funny text, their reunion is even more adorable than you are imagining.