He began a series of experiments in 1909 that studied electrical charges carried by electrons. His discovery was accomplished when he was spraying minute drops of oil into a specially built chamber. He called it the "Millikan Oil Drop Experiment" He verified Einstein's photoelectric equation and obtained a precise value for Planck's Constant. 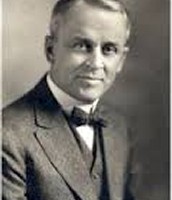 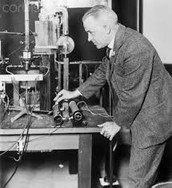 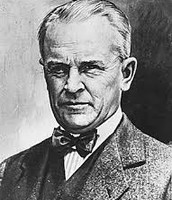 He was born on March 22nd 1868 in Morrison, Illinois. He was the second son of Reverend Silas Franklin and Mary Jane Andrews. His family moved to Iowa when he was 5 years old. He went to Maquoketa High School. When he graduated he went to Oberlin College in Ohio in 1886. He died on December 19th 1953 in San Marino, California after devoting his life to discoveries and the universe.

He graduated from Oberlin College in 1891 and became a physics teacher for 2 years. He was appointed Fellow in Physics at Colombia University 1893 after obtaining his mastership in physics. He received his PH.D in 1895 for research on the polarization of light emitted by incandescent light surfaces. He spent 1895-1896 in Germany at the Universities of Berlin and Göttingen. He became in assistant at Ryerson Laboratory at the University of Chicago in 1896.

He got married in 1902 to Greta Erwin Blanchard. He had three sons. Clark Blanchard, Glenn Alan, and max Franklin.

2. In 1921 he was appointed Director of the Norman Bridge Laboratory of Physics at the California Institute of Technology in Pasadena. He was also elected chairman of the Executive Council of that Institute.

3. In 1923 he held honorary doctors degrees of some twenty five different universities. He had been the Recipient of the Comstock Prize of the National Academy of Science, of the Edison American Institute of Electrical Engineers, of the Hughes Medal of the Royal Society of Great Britain, and of the Noble Prize of Physics.