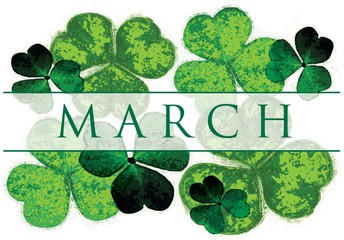 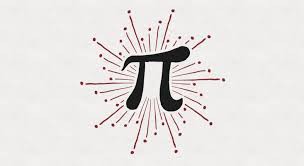 6th That's a Wrap on the Middle Ages!

Feudal Day 2020 was an amazing success this year (even with the rescheduling)! Mrs Highlan and Miss Alberson would like to thank everyone who helped make the day one to remember. The students looked awesome in their period clothing! I feel we also need to give a shout out to the OUTSTANDING 6th grade teachers for their hard work and dedication—not only on Feudal Day, but every day!

We are noticing a bit of a shortage on the writing utensil front these days in the 6th grade… Any and all pencil donations (or any other school supplies) would be greatly appreciated.

On March 12th, we will be conducting our annual Pi Day contest in which students recite as many digits of pi as they can. In order to qualify for the contest they must recite at least 40 digits by Wednesday, March11. The winner will receive a beautiful trophy in front of all of the sixth grades students.

The end of the 3rd quarter is ONLY two weeks away… So, parents please make sure to:

 If you see a missing assignment, communicate with your child and let them know it needs to be completed/turned in.

academically—We all want your children to be successful!

 Encourage your child to keep up to date on his/her reading counts points!

 Donate dry erase markers to the Math teachers! They would greatly appreciate it! 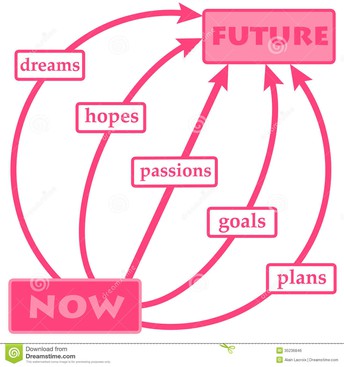 8th - Planning for the Future…

March is an exciting month for our 8th grade students as we look towards planning for the future. Students are starting to learn about the different classes offered at VHS and select their elective classes for 9th grade. On Wednesday, March 4, parents can learn more about the high school classes offered and graduation requirements for the Class of 2024 at a presentation at VHS starting at 6 p.m. After that informational meeting, you should help your child select their elective classes and return the scheduling sheet to your child’s Social Studies teacher by Monday, March 9.

The week before Spring Break will give 8th grade students another opportunity to explore many options for their future. We will be going on a number of field trips that week to learn about opportunities that students will have in high school as well as encourage students to start thinking about colleges and plans for after high school. A permission slip for all of these trips was sent home and must be signed and returned by Wed, March 11 so students may attend. The dates and locations of these field trips is listed below:

Other important dates in March: 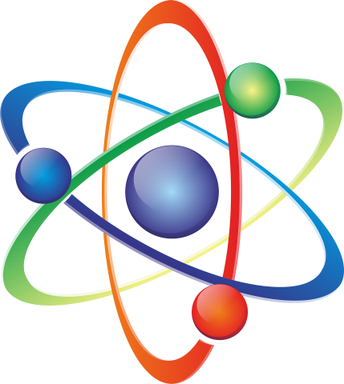 On Saturday February 15, 2020 Indiana University Northwest hosted its annual Science Olympiad Regional tournament. Thomas Jefferson Middle School Science Olympiad team took first place among 14 other middle schools. This is just one of the many regional tournaments held in Indiana. The team won 18 firsts, four seconds, one third, medaling in every event. Our first place finish means our team has qualified for the State tournament which will be held at Purdue University on March 21st.

Science Olympiad is a national competition that provides standards-based challenges to its competitors. Many of the events involve interactive, challenging and inquiry based, hands on approach to learning between various disciplines of chemistry, physics, earth and environmental science, and engineering. 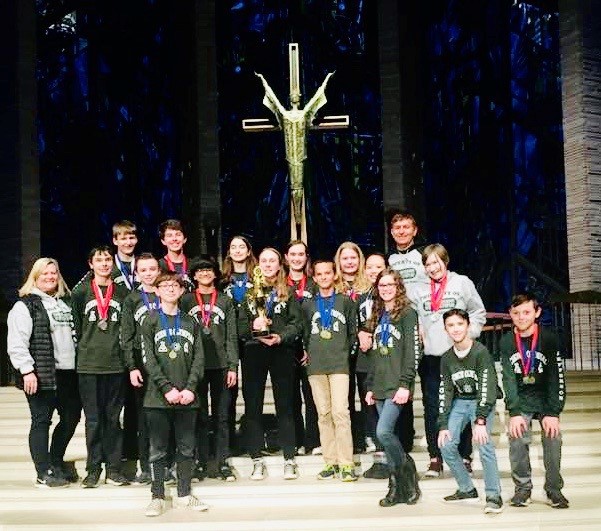 Almost Spring Concert - Tuesday, March 10, 7:00pm in the VHS auditorium. Free concert which will include 6th grade playing Pachelbel's famous Canon in D, 7th grade performing In the Hall of the Mountain King by Edvard Grieg, and 8th grade playing Pink Panther and a couple tunes from the Beatles.

Strolling Strings will be performing the National Anthem to start the basketball game Wed. March 4. We continue to practice folk, patriotic, and traditional music for our performance at Rittenhouse Senior Living in May.

If you know of a current 4th grader who might like to learn how to play a string instrument and join orchestra, Orchestra Information Nights are Mon. March 16 and Wed. March 18, 5:30-7:30pm in the VHS orchestra room.

The results are in! The National Geographic Society named Gunther Havenith 8th Grader at Thomas Jefferson Middle School in Valparaiso, IN, as one of the semifinalists eligible to compete in the 2020 National Geographic GeoBee State Competition. The contest will be held at IUPUI in Indianapolis, IN on Friday, March 27, 2020.

This is the second level of the National Geographic GeoBee competition, which is now in its 32nd year. To determine each school champion, GeoBee competitions were held in schools throughout the state with students in the fourth through eighth grades. This year, an estimated 2.4 million students competed in the GeoBee, with 8,661 students becoming school champions. School champions also took an online qualifying test, which they submitted to the National Geographic Society. Up to 100 of the top-scoring students in each of the 50 states, the District of Columbia, Department of Defense Dependents Schools and U.S. territories were invited to compete in the State GeoBees.

State champions will receive a medal, $1,000 in cash, and other prizes, as well as a trip to Washington, D.C., to represent their state in the National Championship where they will compete for additional cash, awards and college scholarships.The second- and third-place State GeoBee winners will receive cash awards of $300 and $100, respectively.

Follow the national competition at National Geographic headquarters in Washington, D.C., May 18-21, 2020, at www.natgeobee.org.

ABOUT THE NATIONAL GEOGRAPHIC SOCIETY

The National Geographic Society is a global nonprofit organization that uses the power of science, exploration, education and storytelling to illuminate and protect the wonder of our world. Since 1888, National Geographic has pushed the boundaries of exploration, investing in bold people and transformative ideas, providing more than 14,000 grants for work across all seven continents, reaching 3 million students each year through education offerings, and engaging

Our next TJMS PTSO meeting is Wednesday, March 11, from 5:30-6:30 in the Flex Room. This is open to ALL parents and guardians.

Our February Noodles and Company giveback raised $434! Thank you so much to the families who participated. Our March giveback will be on March 11th and 12th at Fazolis! That's right! TWO DAYS to giveback to TJMS.

We have several exciting events to look forward to this spring! We will need volunteers to help, so please look for future sign up genius and volunteer opportunities.

April 17th: Middle School spring dance, we will need help with supervision, set up, clean up, and all things dance related.

May 3rd - May 8th: Teacher Appreciation Week, we will need help with donations for staff meals, gifts, and volunteers. Please look for a Sign Up Genius to be sent out in April. 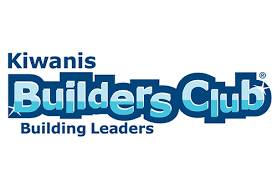 Hello TJ students and families! February was a great month for Builders Club! Members got to help senior citizens play BINGO at the nursing home and there were some successful hikes on our trail at Meadowbrook! In March, we will meet on March 4 and March 18. Be sure to check the Builders Club Canvas page for details and dates! Happy Early St Patrick's Day! 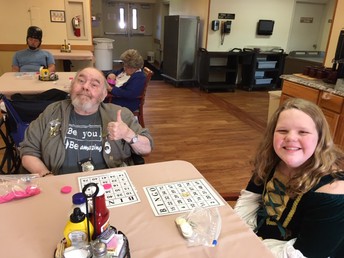 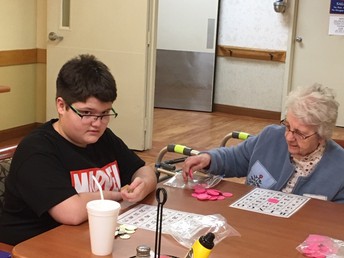 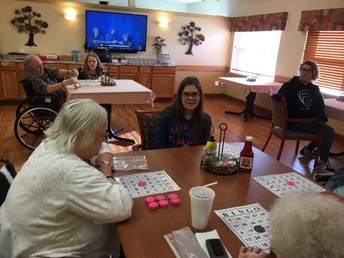 Substitute custodians take on janitorial responsibilities when full-time custodians aren't on duty. These are generally part-time positions. The job objective is to ensure that the facility is tidy, sanitary, presentable and secure for all of the people who frequent the schools. If interested, please apply on Valparaiso Community Schools website. 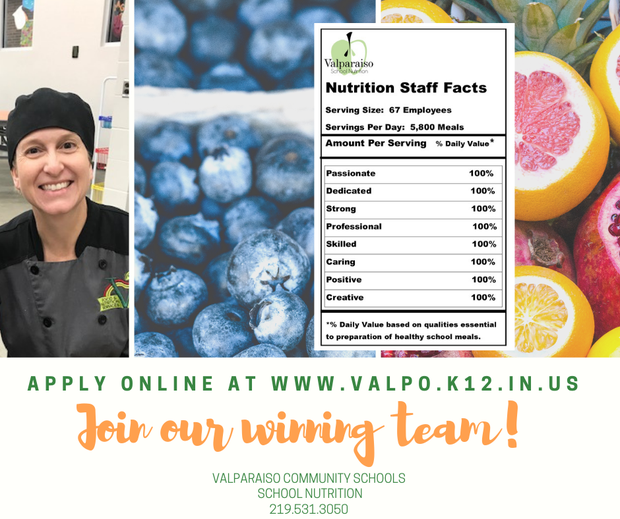 IT'S NOT TO LATE TO ORDER YOUR YEARBOOK!!

Did you know that we ran out of yearbooks last year? Buy now and make sure you get your copy--don't be left without a yearbook at the end of the year! Orders can easily be placed online by clicking the button below.
Order your yearbook

Parents and students--We KNOW you take amazing pictures--like those amazing action shots during sporting events, or group shots of you and your friends---and we want to publish your work in our yearbook!

Have you downloaded the Replayit app on your phone yet? No? No worries! You can upload your amazing photos by visiting www.replayit.com

Thanks for sharing your moments with us!

The TJMS Parent Teacher has a Facebook too! LIKE our page to see school events and news!