Remember: There are no small parts, only small actors.

Remember: There are no small parts, only small actors. 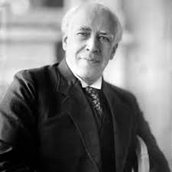 Konstantin Sergeyevich Alexeyev was born in January, 1863 in Moscow, Russia. He was born into a wealthy family who loved theatre, grandmother on his mother’s side was a French actress and his father constructed a stage on the family estate.

From a young age he works for his extended family manufacturing business. Later on he became an actor then a director; in 1888 he funded the Society and Literature. In June 1897 Konstantin and play writer/director Vladimir Nemirovich-Danchenko decided to build the Moscow Art Theatre.

Konstantin started acting at age 14, developing his theatre skills by performing with other acting groups. In 1885 he gave himself a stage name on Stanislavski, which was the name of another actor he had met. 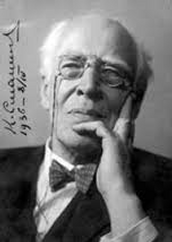 Konstantin created a process of techniques that actors and actresses use to create new characters. This method was based on the emotional memory which meant the actors focused on the characters feelings and emotions. It took Konstantin many years to determine how a person could control in a performance the intangible and uncontrollable aspects of human nature, for example emotions and art inspiration. Throughout the years Konstantin put an emphasis on the physical expressions, he said that through the physical, the actor can give a great depth to the actor’s role.

The system requires the actor to utilize his emotional memory. The role is based on the inner impulses of the performer. The actors have to act if they were in the same situation.

Konstantin invented steps that actors follow to create a character, these include:

brief outline of some exercises