tim is using Smore newsletters to spread the word online.

Get email updates from tim:

Diplomacy is the practice of conducting negotiations between representatives of other countries. 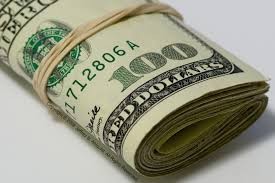 The responsibilities of a U.S. Ambassador are very important. They are representing our nation. after they are chosen by the president, they watch over all U.S. embassy's and if it starts to get a little out of hand they are the ones who go and do their best to fix the problem. the purpose of embassy's is to know what is going on around the world and step into problems that we can help with or stop.

Beijing- we are trying to decrease the prevalence of counterfeit medicines in China, Embassy Beijing partnered with Project HOPE to train regional health service providers and pharmacists on the dangers of unsafe medicines.

Croatia-The U.S. Embassy in Zagreb partnered with AmCham Croatia to host a two-day Intellectual Property Rights seminar in Zagreb on October 25-26. The event focused on IPR enforcement experiences and the importance of cooperation between the judiciary and law enforcement to establish clear procedures in response to the discovery of counterfeit items.

one of the main hardships is presenting yourself in a positive way. you could say just one word and everyone will take it the wrong way and it will completely change their perspective of you and your country.

Embassy in Afghanistan- The visit offered an opportunity to renew U.S.-Afghan relations, review the joint achievements of the last 13 years in Afghanistan, and to discuss the actions each country needs to take to ensure that the social, economic, security and human rights gains made over that period are sustained and advanced. the U.S. is going to keep the troops in their country for a little longer to let them get their feet under them.

After the burning of the U.S. embassy in Islamabad in 1979 it seemed like we would not have any good relations with Pakistan after that. after the U.S. "upgraded" their embassy they worked on the small complication and now everything is back to normal. We are now helping Pakistan with their trade framework, and helping small to medium sized businesses with their business credit. we are now working on getting the people and government of Islamabad to connect and get on the same page for easier organizations.

tim is using Smore newsletters to spread the word online.