Hello! It's finally SUMMER! Let's get the kiddos outside and enjoy the sunshine!

Wilmette clinic is OPEN! We are taking referrals :)

We will be participating in the Glenview 4th of July Parade with a Dr. Seuess themed float. Any kids that would like to be part of the parade contact Steve - steve@littlestepspt.com (space limited - first come, first serve)

The first, second, and third session are FULL :)

We still have availability for the August 6-10 session! If you are interested please call Steve at 847-707-6744 or email steve@littlestepspt.com

If interested or for more information call 847-707-6744 or email steve@littlestepspt.com

The following tables provide a description of each developmental area and activities that can assist to further develop the skills. I hope your family has a fantastic summer. Enjoy! 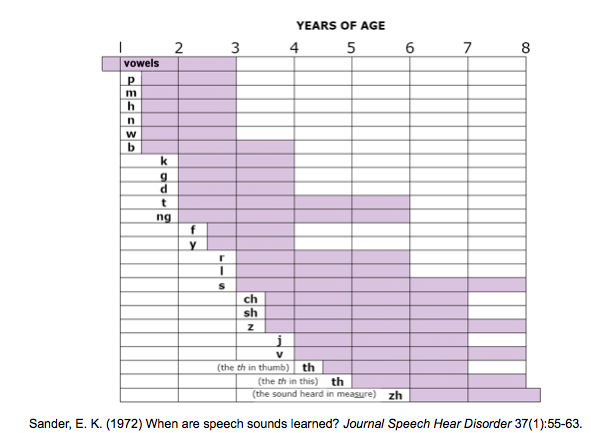 Speech sound development begins in infancy when children first begin to babble. Consonant sounds are typically produced through jaw movements. As children develop, they begin to refine movements of the jaw, lips, and tongue to produce a variety of phonemes (i.e., speech sounds). As language emerges, children may omit sounds, substitute one phoneme for another (e.g., “cup”  “tup”), or inconsistently produce sounds.

It is expected that a two-year-old be understood by an unfamiliar listener at least 50% of the time, and a three-year-old at least 75% of the time. Omissions of speech sounds in words (e.g., “spider”  “pider” or “up”  “uh”) have the most significant impact on a child’s intelligibility (i.e., the child’s ability to be understood by others).

If a child is not producing sounds correctly a speech-language pathologist can help the child to correctly move his or her jaw, lips, and tongue to produce these sounds. They can also implement the best approach to improve his or her ability to be understood by family, peers, and others within the community.

By: Sarah Lackey, SPT - student of physical therapy on her clinical rotation at Little Steps! Such a fun idea!

Playing with Mud - Mess for Less

www.messforless.net
Playing with mud is a fun sensory activity for kids. It is easy to set up and will keep kids engaged and having fun. Cute idea for a sensory bin!

A fun summer activity is bubbles! There are so many ways to include speech and language into bubble play! You can model a variety of words that begin with /b, p/ (e.g., bubble, pop). Also, model basic concepts such as big, small, up, and down! You can provide wait time to encourage spontaneous requests. As well as practice turn-taking!