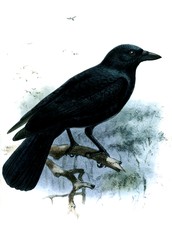 The key events in this chapter

In this chapter Sadie and Walter have a mission to brake into the Mortlocks house to find out more about were jimmy ravens special things are. When they get into the house and find something that might be connected to jimmy's death Lachie walks in and threatens to call the police which scares Walter and then Sadie and Walter make a quite diction to make a run for it.

the characters that were apart of this chapter was Sadie, Walter and Lachie

1: yeah its open now but i didn't leave it open/this sentence shows how angry lachie is and that is what sets the feeling for crime.

2: without intending to, she groped for Walter's hand, and he gripped hers, both of them mute with horror/ this is the friendship in this chapter.

3: right at the back of the cabinet, almost invisible in the shadows, was a pile of bones/ this i think is the mystery in this chapter.

how we see the characters change

sadie: in this chapter we see her lose a bit of her bravery but by the end she is standing up for Walter and she is like her normal self.

Walter: in this chapter we see a less shy Walter and talks a lot more and he is also very brave in this chapter such as when he fights with lachie not backing down. this is probably what Walter was like in Mildura.

lachie: in this chapter we all see what he really what to do and that is making him self look cool in front of his friends and impressing his dad.