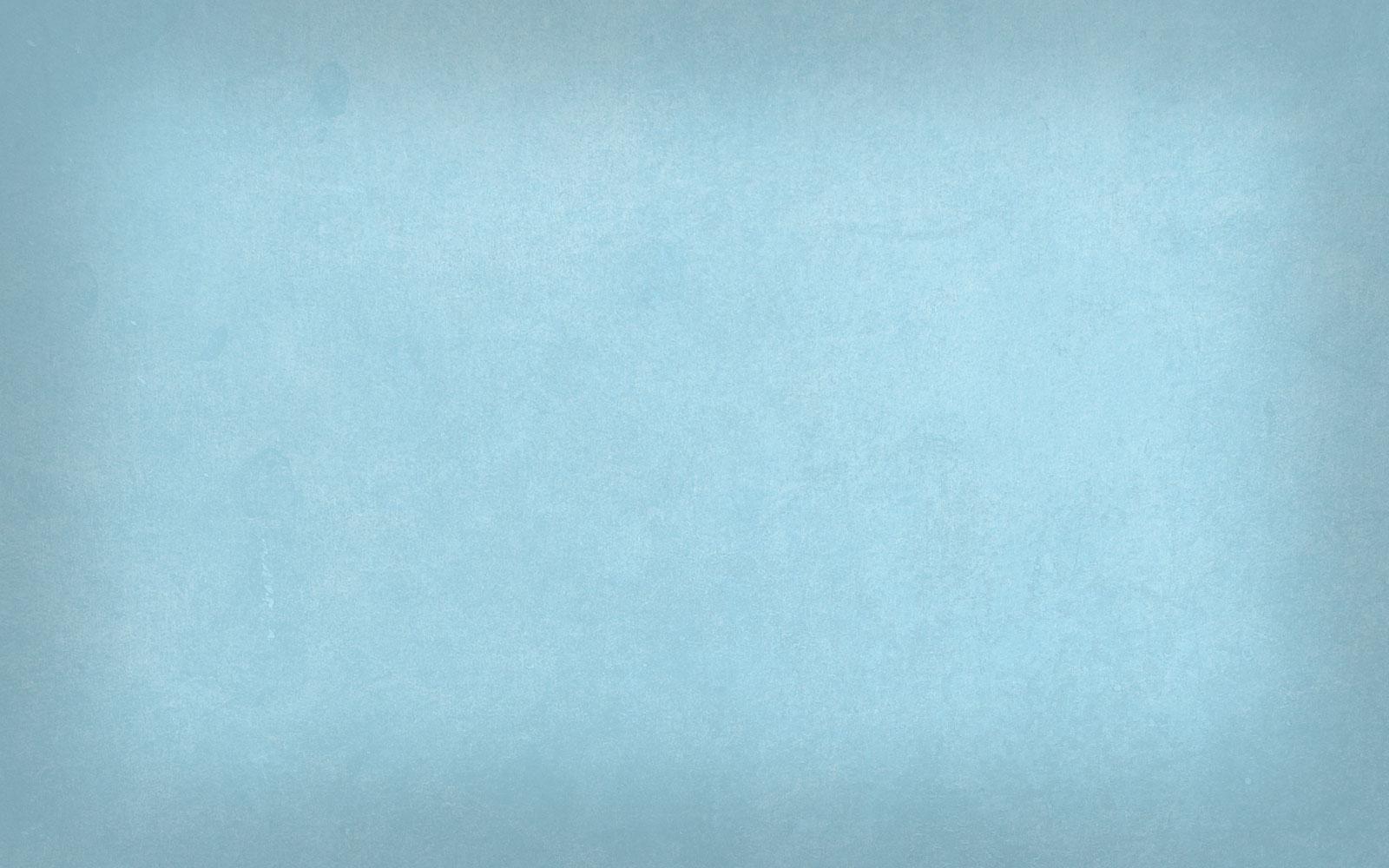 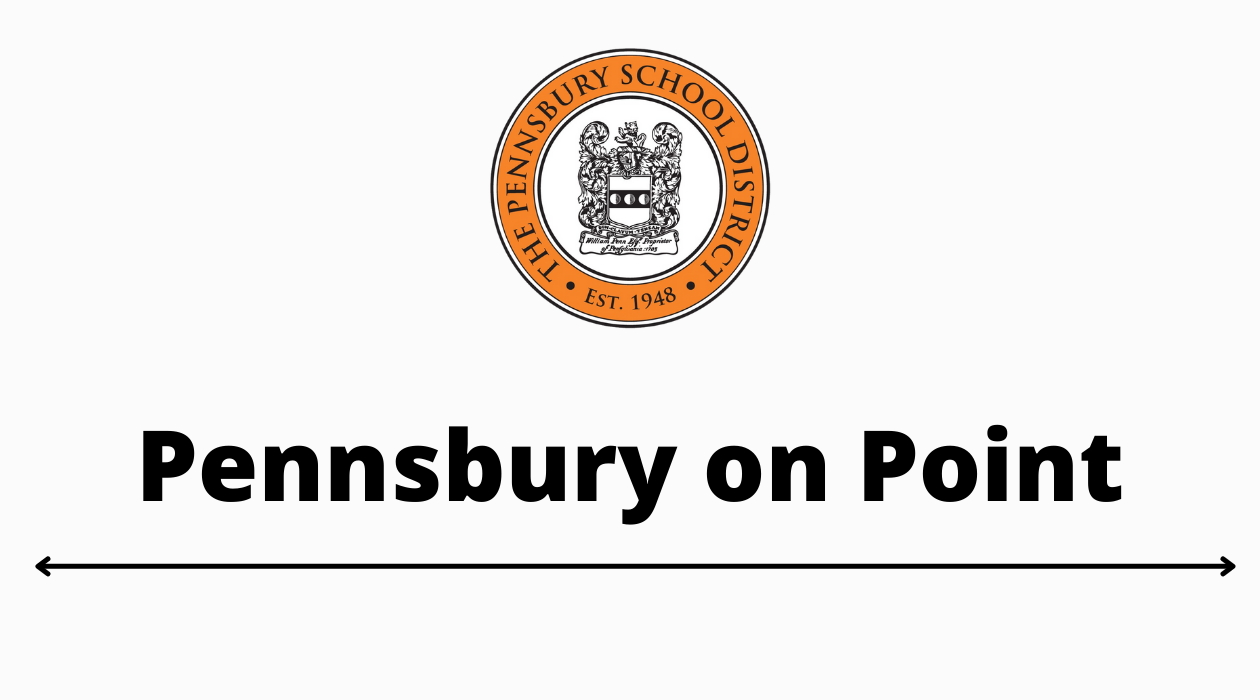 Welcome to Pennsbury on Point!

Pennsbury On Point is a weekly newsletter designed to keep the Pennsbury community up-to-date on district news, events, and information. The newsletter will be emailed to families weekly and archived on the district's Public Relations webpage.

If you have any photos or story ideas you would like to see featured, please email the Public Relations Department at publicrelations@pennsburysd.org.

Greyson's mother, Rebecca shares "I hit record, and this video is what transpired. No preparation, no discussion of what he had planned to say, nothing. Just pure goodness straight from his heart."

Thank you for sharing your message with us, Greyson! 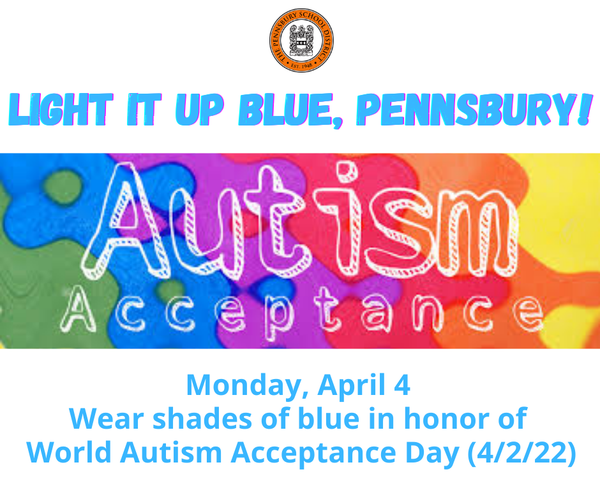 We are excited to welcome Ben Hartranft back to Pennsbury on April 4. Ben has made several visits to Pennsbury schools this year! On Monday, Ben will stop by Manor Elementary School to share his inspirational message of kindness and inclusion. He hopes that the entire district will Light It Up Blue and wear blue on Monday in support of World Autism Day, which is Saturday, April 2.

Ben was diagnosed with autism at the age of two. He only knew about 20 words, while most children his age knew around 200 words on average. Ben exceeded expectations and dreamed of becoming an ambassador for autism awareness and acceptance.

"I am now living that dream by speaking at schools, businesses, and organizations. Sharing my story; how inclusion and kindness shaped my life with autism," says Ben.

In addition to being a public motivator and speaker through his company, Benergy1, Ben is also a Philadephia Eagles Autism Ambassador and raises money for the Eagles Autism Challenge.

Ben encourages everyone to "Go out and Be The One1!" He says it only takes one kind person to change the world.

Learn more about Ben at www.benergy1.com.

Photo below - Ben Hartranft delivers his message of kindness and inclusion to students during a visit to Walt Disney Elementary School. 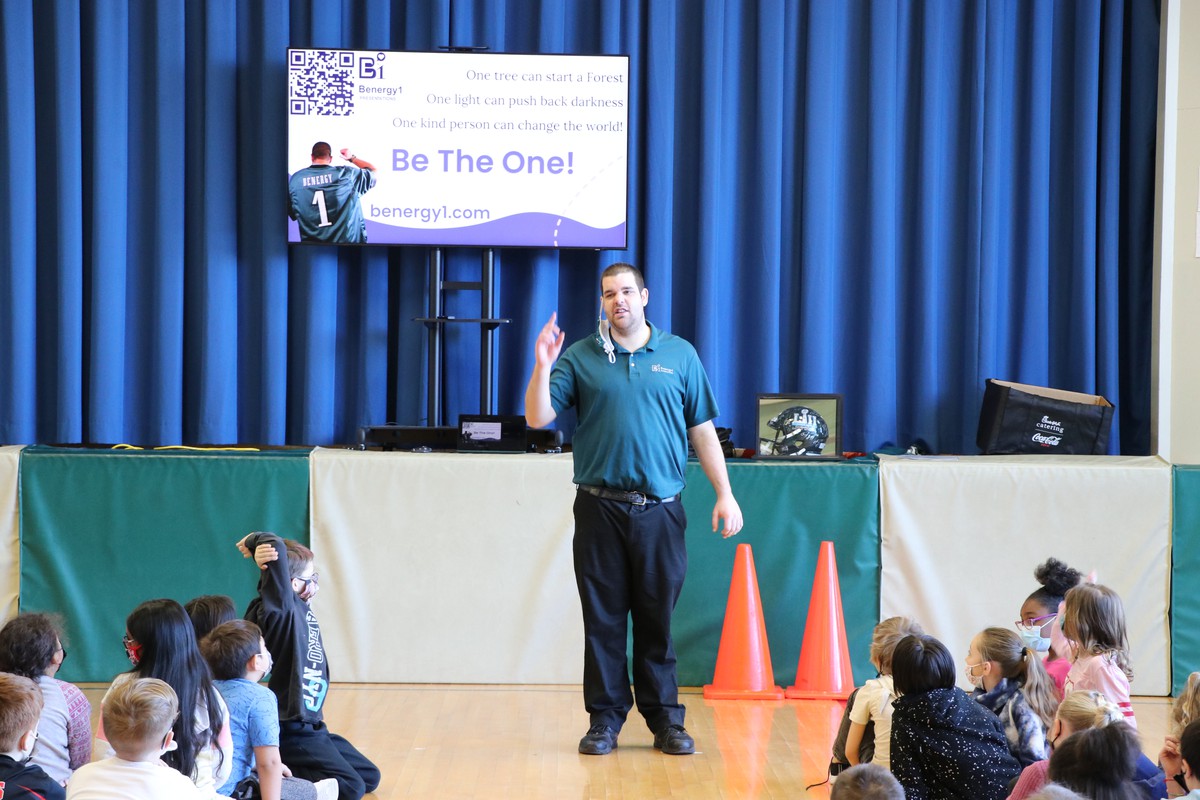 Click the images below to see how students (by grade level) can support Autism Acceptance Month. 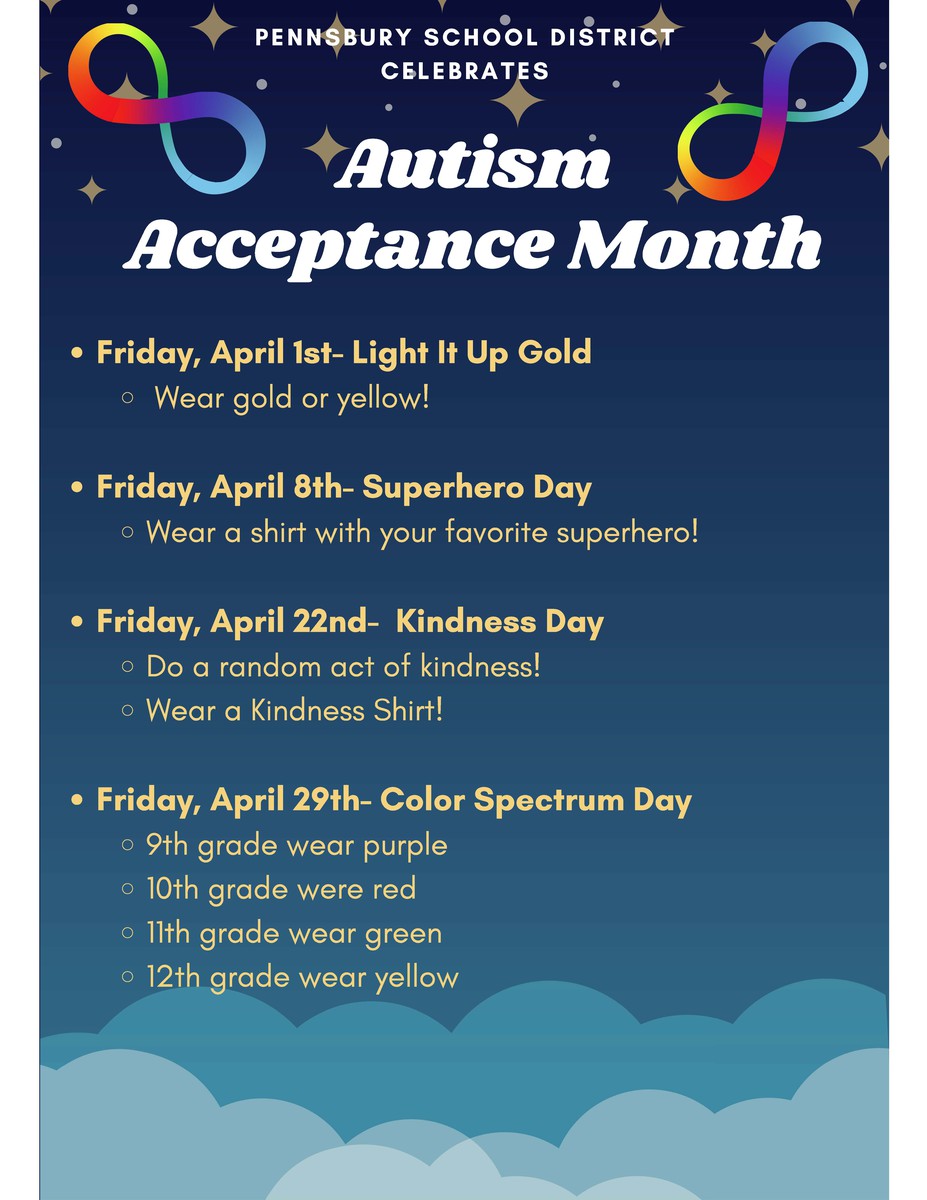 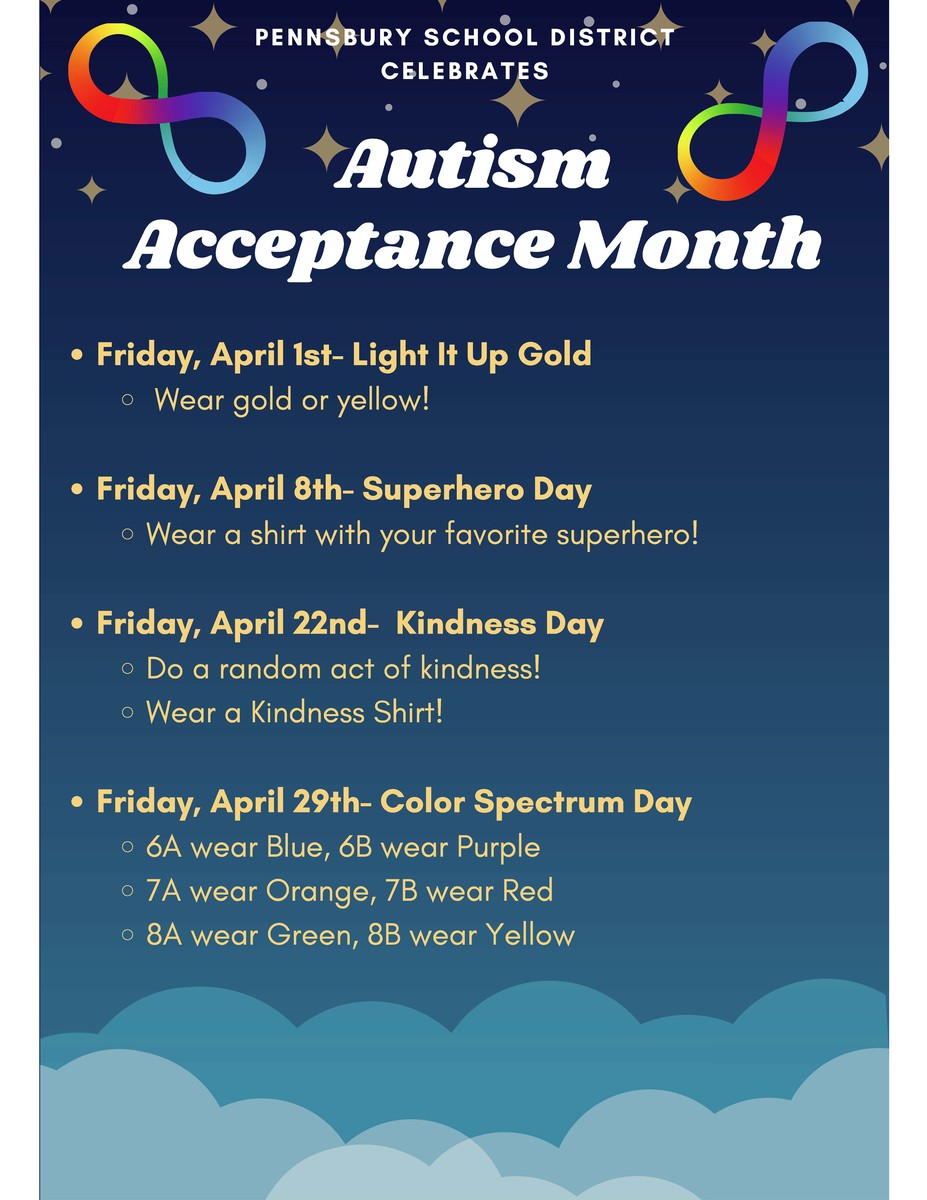 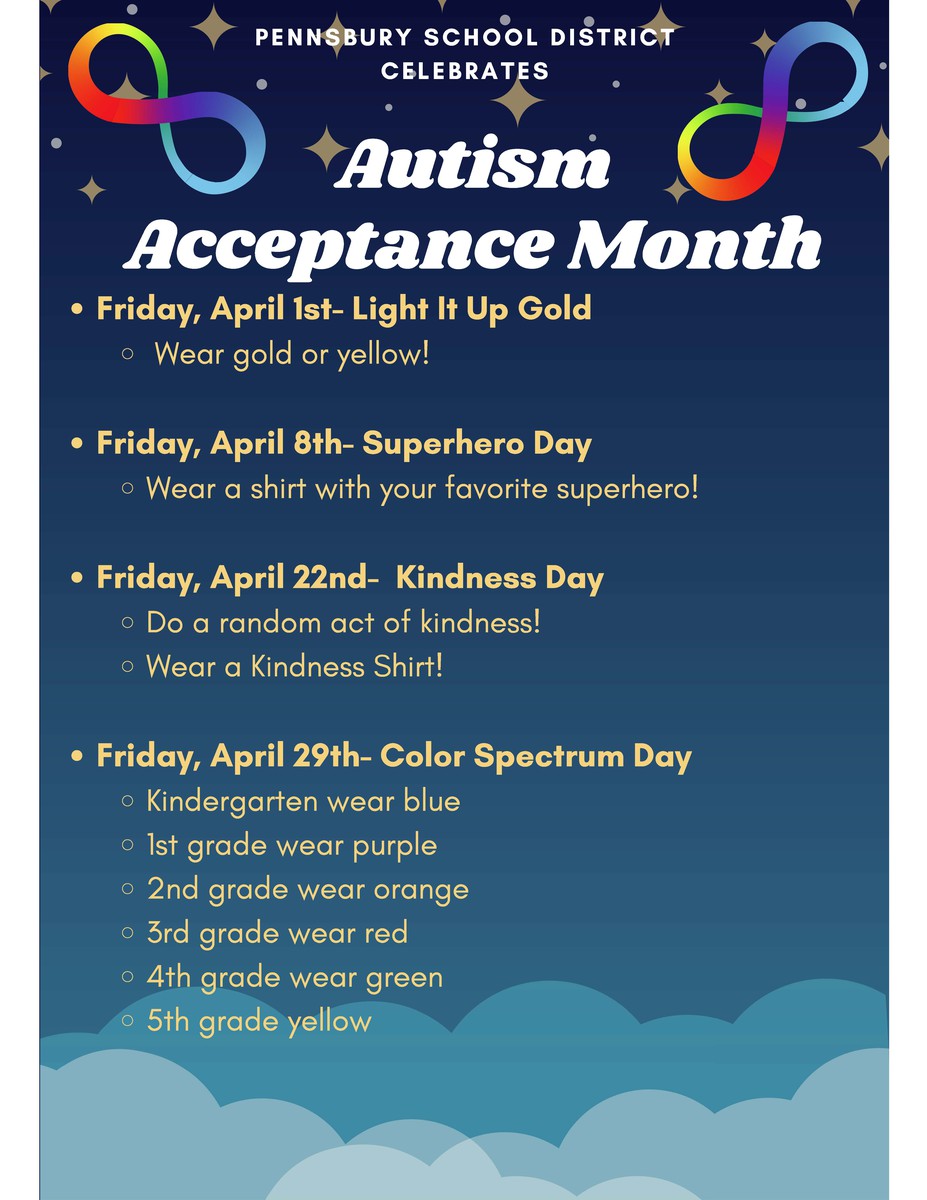 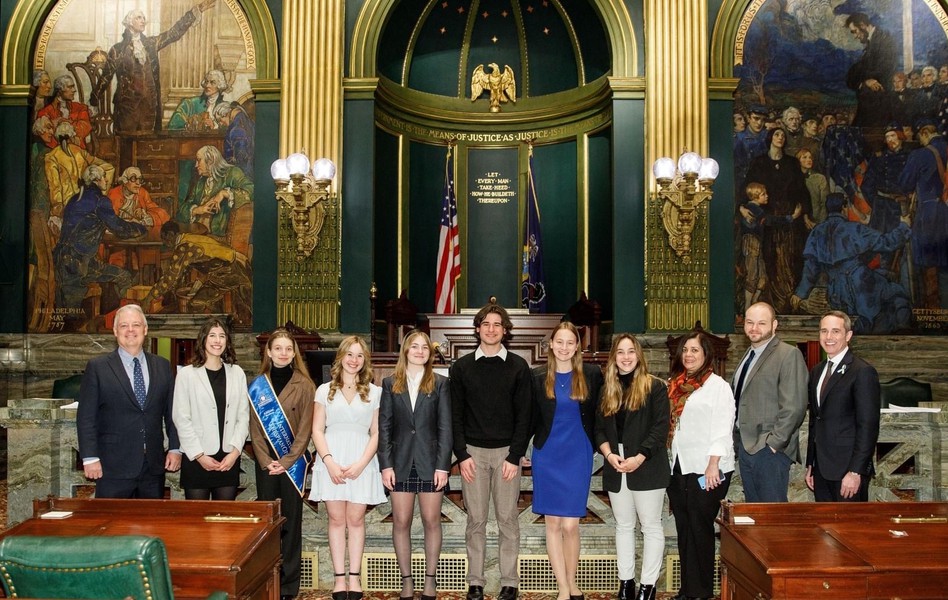 Pennsbury High School Drama Troupe #830 attended a special recognition ceremony at the state capitol on March 30 as guests of Senator Steve Santarsiero and Representative Perry Warren. They received a tour of both houses, got to see how our government works, and were recognized in the gallery for their advocacy of Theatre in Our Schools Month.

"Wow! It was a special day! Scratch that, it was an amazing day! Our students got to witness first hand what you can achieve with hard work and standing up for what you believe in," said Matt South, director of the PHS Drama Troupe.

The students journey to have March designated as Theatre In Our Schools Month began two years ago. Their efforts were sidelined due to the pandemic, but finally came to fruition this week when they heard Senator Santarsiero and Representative Warren announce March as Theatre in Our Schools Month. Congratulations to Alli Templeton, Lexi Harman, Addie Blumburg, Vanessa Nolan, Meghan Crohe, Macey Webber, Patrick Diamond, and their advisors Mr. South & Mrs Fallacaro. On April 29 you can catch their next show which includes two one act plays and a variety show. Stay tuned for more details! 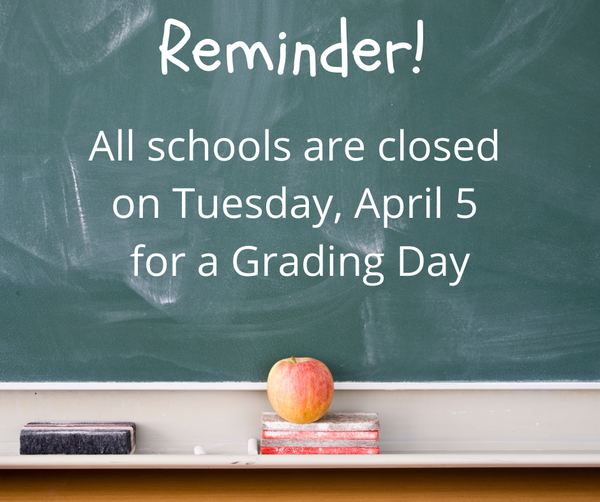 The process began with students taking exact measurements of their cell phones and sketching a design of their phone holders on paper. From there, students engaged in what Kirk described as the "puzzle piece" assignment, where he walked them through the various steps to create interlocking puzzle pieces which would ultimately become their design. Students then used a product development platform called Onshape to create two-dimensional shapes. Onshape is the sister program to Solid Works, the industry-standard CAD software in North America. Once the students completed their designs in Onshape, they used the laser printer, with the help of Mr. Kirk, to print a prototype made out of cardboard. Students then had to assess the pros and cons of their prototype and make adjustments if necessary. The final project was cut out of Baltic Birch.

Mr. Kirk says exposing students to the basics of CAD and CAM in 6th-grade will benefit them as they move through the STEM curriculum.

"The hope is that they're taking the basics of everything they've learned in 6th-grade and applying it to next year as we scaffold it to 7th-grade, where they go into more 3D additive manufacturing using this program to create 3D objects using the vast 3D printers that we have."

Kirk adds that the skills the students learn in middle school STEM will further bolster their knowledge and abilities should they continue with STEM and Applied Engineering classes at Pennsbury High School.

Watching Mr. Kirk's pilot program in action in the video below.

Congratulations to the cast and crew of Makefield's production of Tarzan, who recently performed three sold-out shows!

This show was extra special as it was the first production for Makefield Elementary's Drama Club since the pandemic shut down the club's performance of Oliver in March of 2020. The show was scheduled to debut the same day the school closures were announced.

This past September, Drama Club co-directors Matt Kane and Ann Turry and 43 fourth and fifth-graders were given a chance at a new beginning with the production of Tarzan.

The students came together in the most magnificent ways to support one another. From the camaraderie, acting, and singing to the live music, sounds, and unwavering directing, the audience was transported to the jungle with the help of dimensional costumes and vivid scenery and enveloped in the story of two worlds becoming one.

This talented cast and crew captured the hearts of the Makefield community and created an experience for all that won't soon be forgotten! 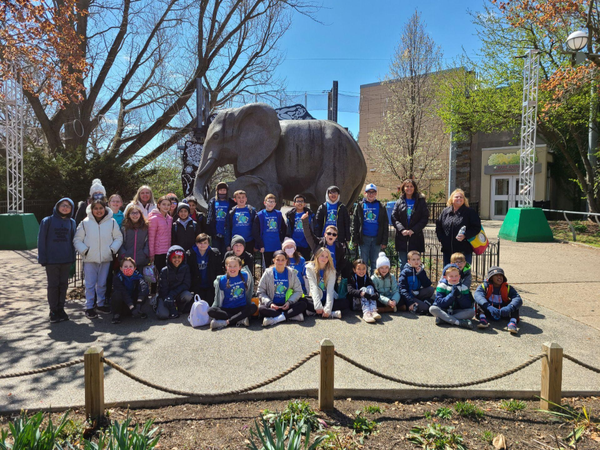 The 3rd-grade gifted support students from Afton, Quarry Hill, Fallsington, and Oxford Valley participated in an endangered animal project entitled "The Unless Project" with the Philadelphia Zoo.

Students met with a zoologist at the zoo for a firsthand look at the various animals in the program, and gathered more information about the preservation of endangered animals and how we can promote awareness of the many dangers these animals face. The zoo provided this opportunity to our students because they are doing research about endangered animals and developing projects to bring awareness to our schools and our community about ways to support the continuation of these species of animals.

"We had a wonderful day at the zoo and saw many of the animals we have been learning about while doing the project," said Eileen Koch, Gifted Support teacher at Afton. The Philadelphia Zoo is a proud Pennsbury Partner, and transportation for this trip was funded by the Pennsbury Partners Program. 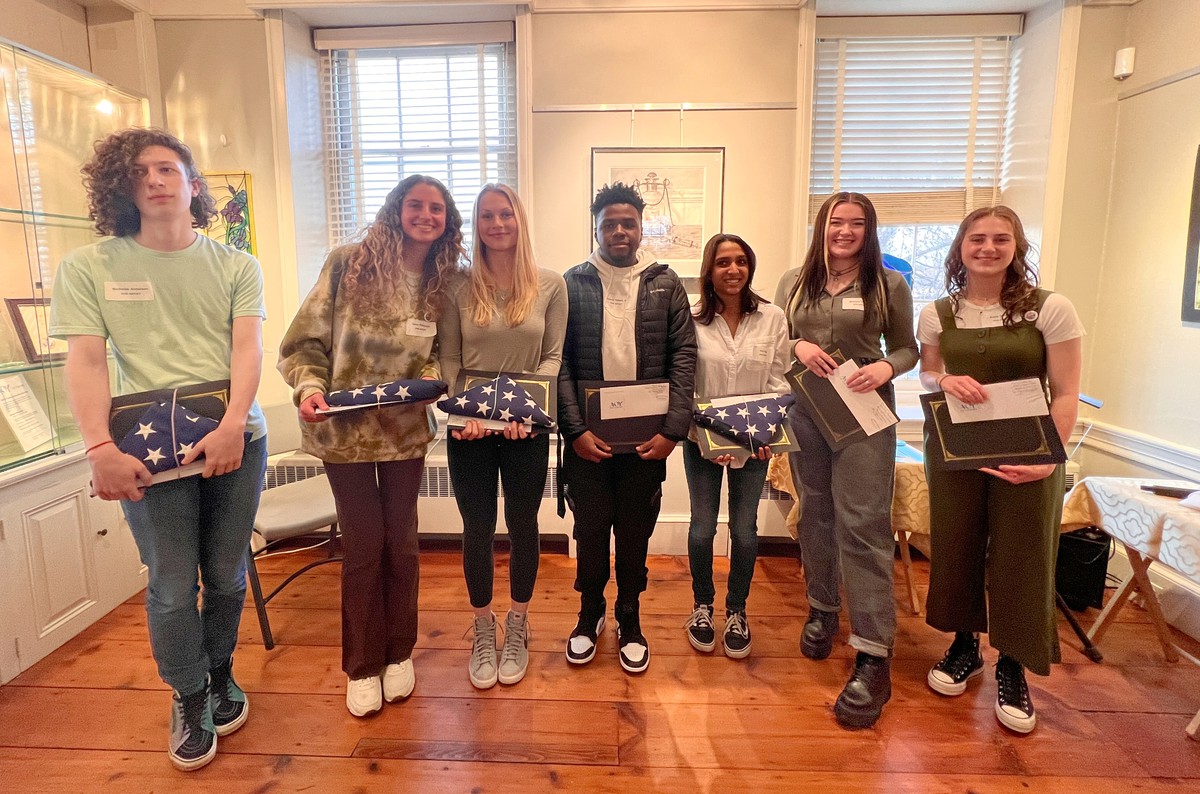 The works of talented Pennsbury High School art majors are on display through this weekend at the AOY Art Center in Lower Makefield. The gallery is open April 1-3 from 12:00 5:00 p.m. An opening reception was held on March 25. This year marks the fifth collaboration between the district and AOY, a Pennsbury Partner, to showcase student artwork. Congratulations to the following students for their award winning submissions:

Best In Show: Taylor Petruccio, "Call Me By Your Name" (Oil) 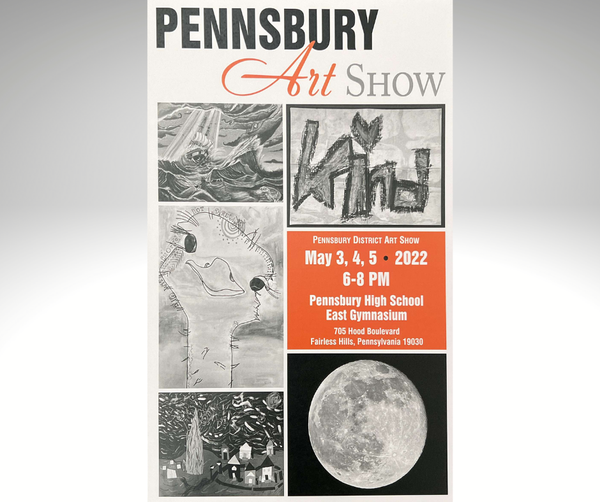 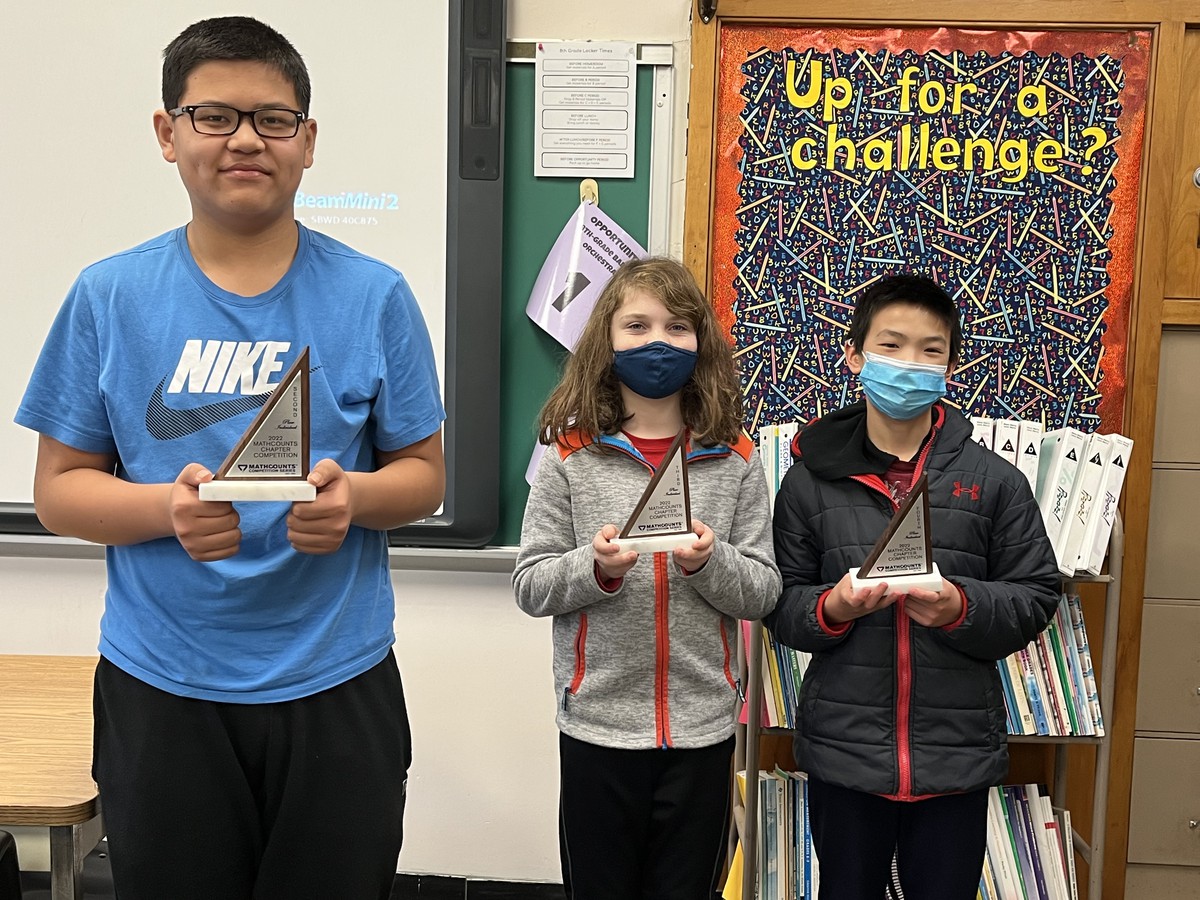 Congratulations to Charles Boehm Middle School students Lucas Zhang (8th), Albert Chen (7th), and Nathaniel Stone (7th) on their recent success at the Pennsylvania Mathcounts Competition. The three students qualified to compete in the state competition after placing among the top four in the Bucks County competition. Zhang placed second at the county level, while Stone and Chen placed 3rd and 4th, respectively, in the county. The students attended the state competition on March 19, accompanied by faculty coaches Debbie Diamond and Melissa Williams.

"Their accomplishment should be commended! It takes much perseverance and determination to solve these challenging problems," said Dr. Gary McManus, Pennsbury's Mathematics Supervisor, K-12. 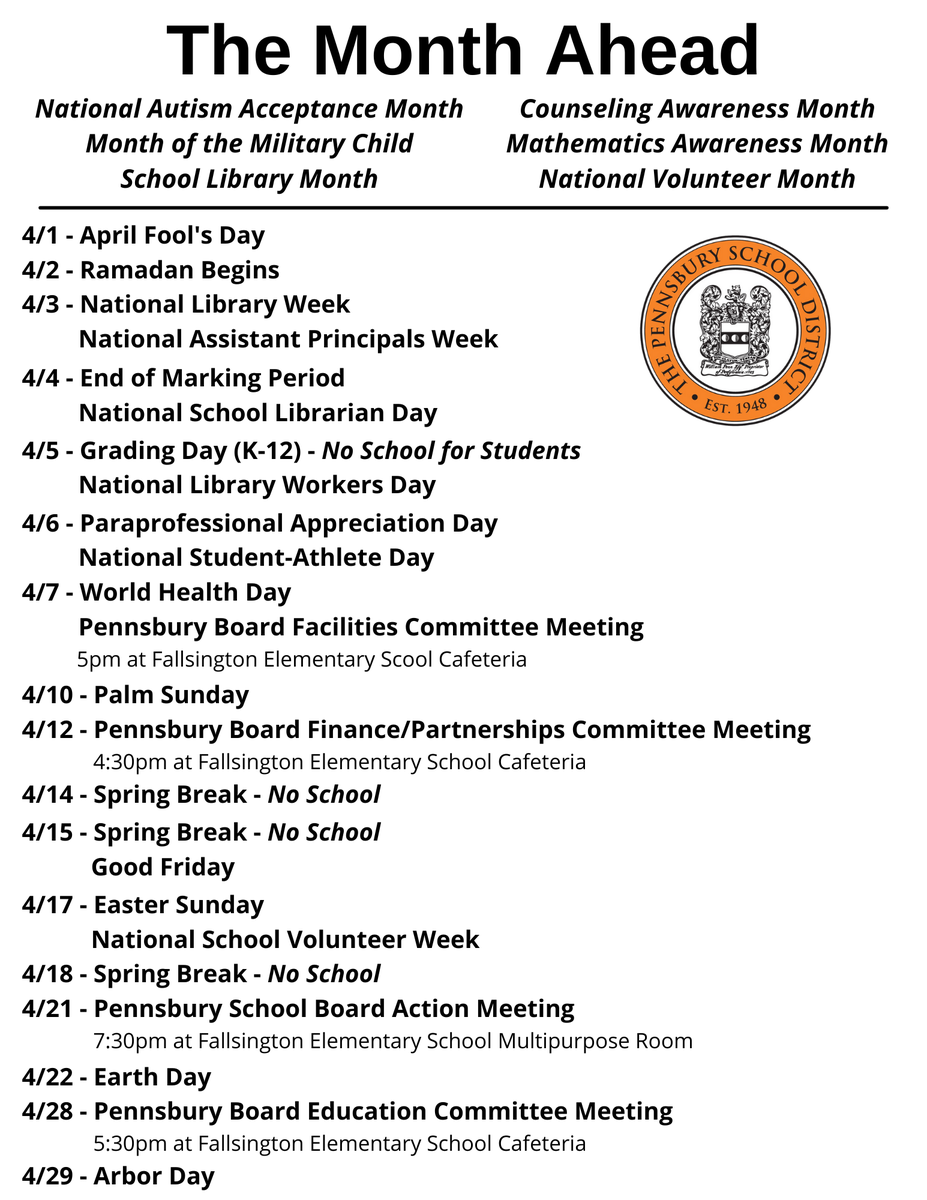 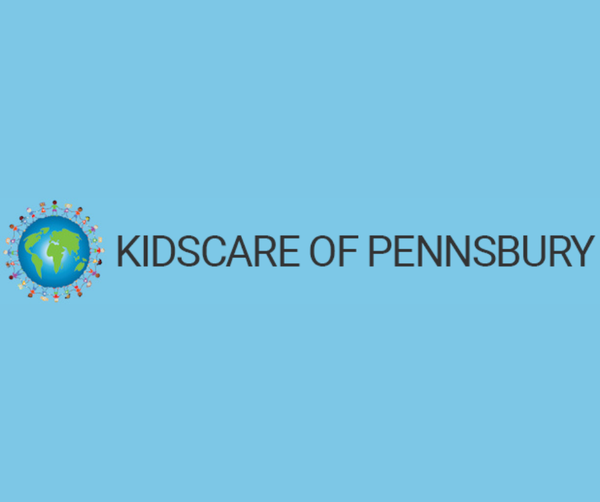 Looking for before or after-school child care programs or summer camp? Look no further than KidsCare of Pennsbury! Founded in 1991, KidsCare of Pennsbury provides high-quality, school-age child care for families in a safe, friendly, and child-centered environment. KidsCare offers diverse enrichment and learning activities that build self-esteem, develop skills for navigating challenging situations, nurture positive social relationships, and embrace a healthy respect for the community. The programs are licensed by the Pennsylvania Department of Human Services and are all developmentally age-appropriate and are taught by certified teachers. Click below for more information or visit the KidsCare of Pennsbury website. 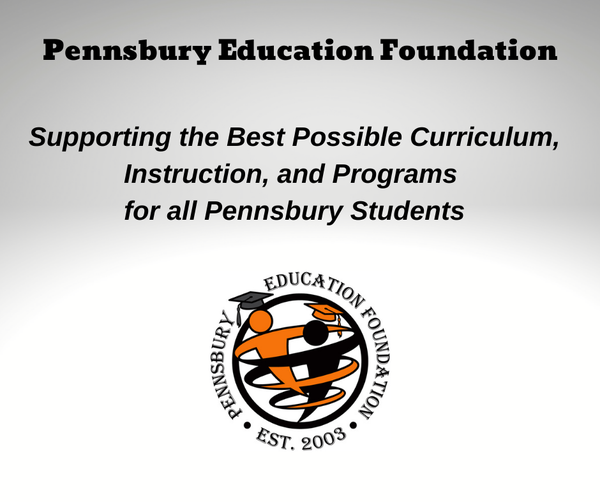 The Pennsbury Education Foundation (PEF) is dedicated to ensuring the success of all students in the district and recognizes that their needs are diverse. The PEF believes every child deserves the opportunity to learn, be appropriately challenged, and succeed.

A 501(c)(3) organization, the PEF relies on donations from individuals and businesses to support the purpose of improving teaching and learning in Pennsbury through innovative educational initiatives. Grants are awarded to teachers and administrators through an application process that occurs twice each year. 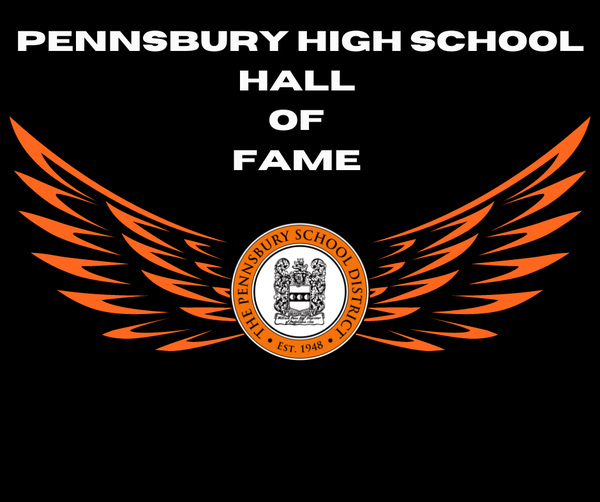 We are excited to announce the rollout of the Pennsbury High School Hall of Fame! The PHS Hall of Fame is designed to recognize and honor graduates who have distinguished themselves as contributing members of society. Please click here to nominate an outstanding graduate today! 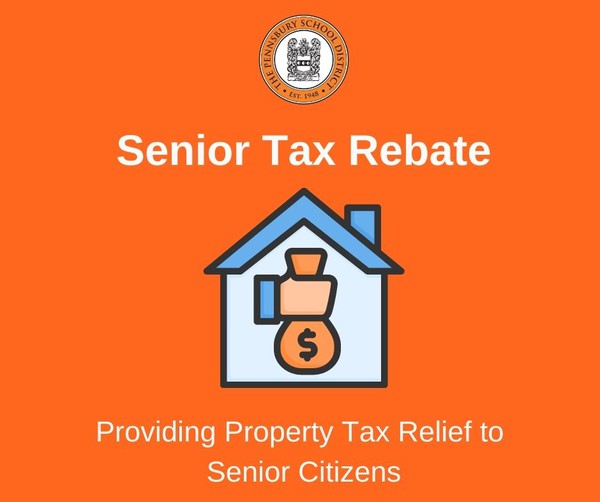 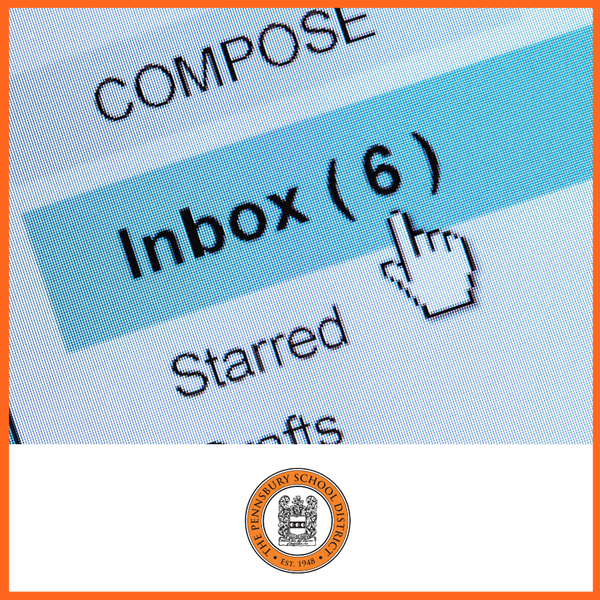 Did you miss an email from Dr. Smith? All emails Dr. Smith sends to the Pennsbury community can be found on the superintendent's website. 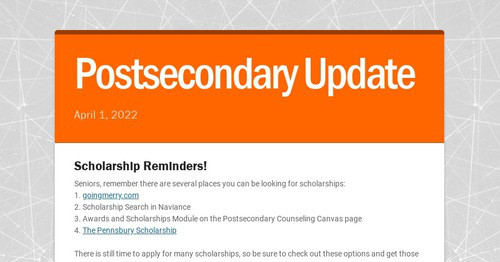 Seniors, remember there are several places you can be looking for scholarships: 1. goingmerry.com 2. Scholarship Search in Naviance 3. Awards and Scholarships Module on the Postsecondary Counseling Canvas page 4. The Pennsbury Scholarship There is still time to apply for many scholarships, so be sure to check out these options and get those applications submitted! 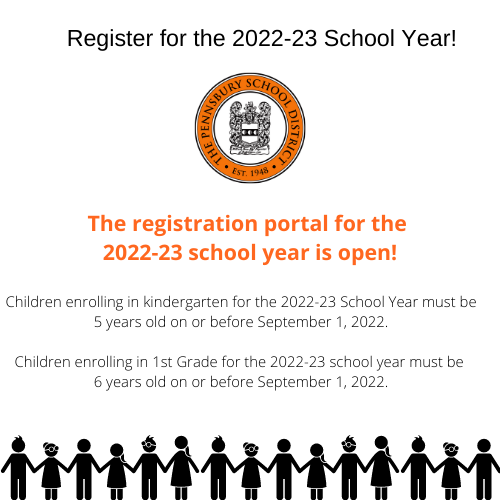 Registration is now open for the 2022-23 school year! Please click here to begin the registration process. 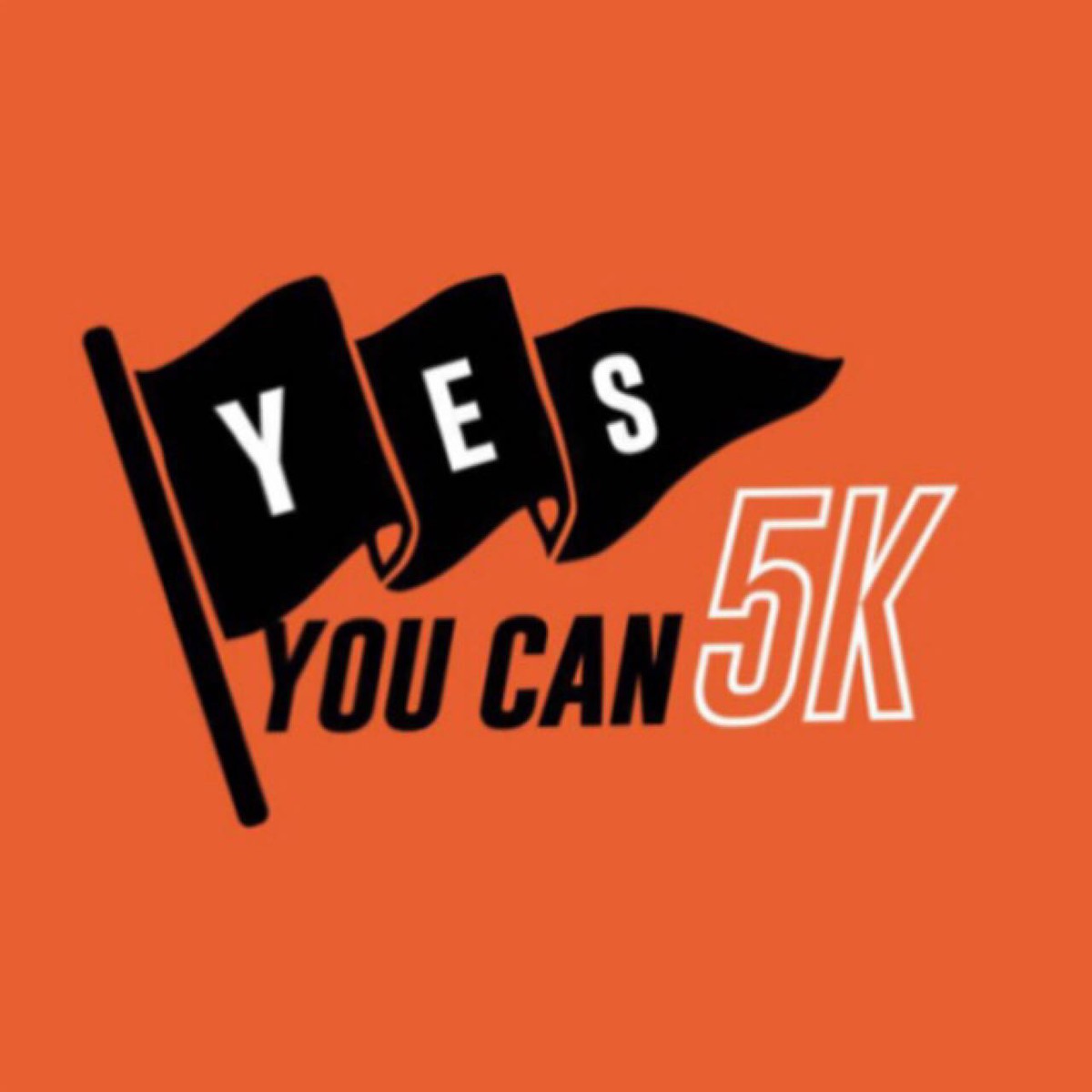 Yes You Can 5k

Sign up today for the 3rd Annual Yes You Can 5K, Sunday, April 24 at the Pennsbury Middle School Complex! This chip-timed 5K race, organized by Makefield Elementary School, is open to the entire Pennsbury community and benefits all PTO's in the Pennsbury School District. Lace-up your shoes and prepare for a fun-filled day of community, confidence, and wellness! 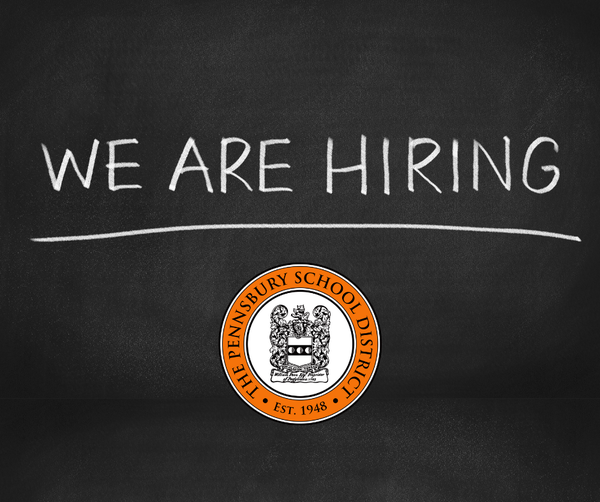 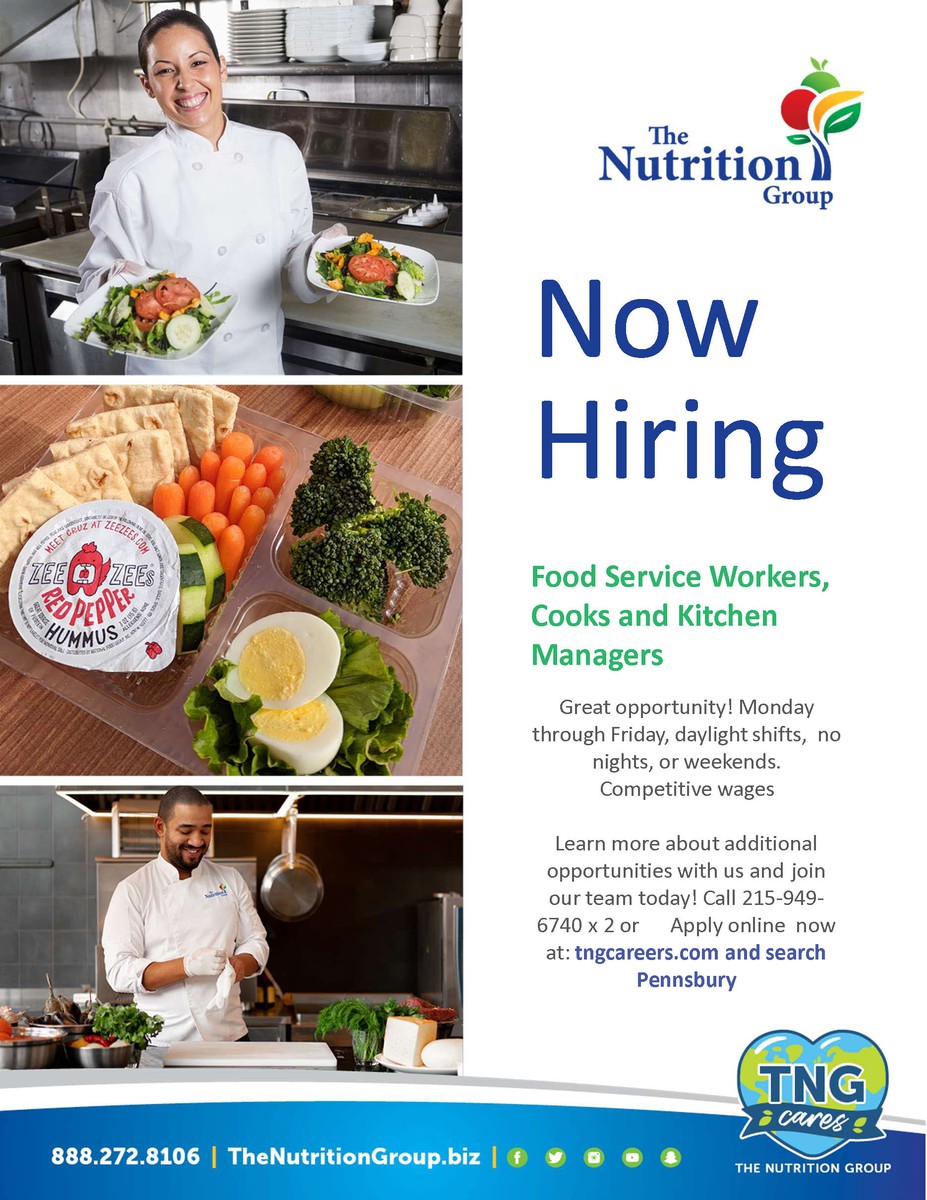 The Nutrition Group is now hiring! Positions include Food Service Workers, Cooks, and Kitchen Managers with rates from $13-$15/hr. The hours are Monday-Friday, school hours only. No nights, weekends, or holidays! Apply today by calling the Nutrition Group office at 215-949-6740 ext. 2, or by clicking here and searching for "Pennsbury"! 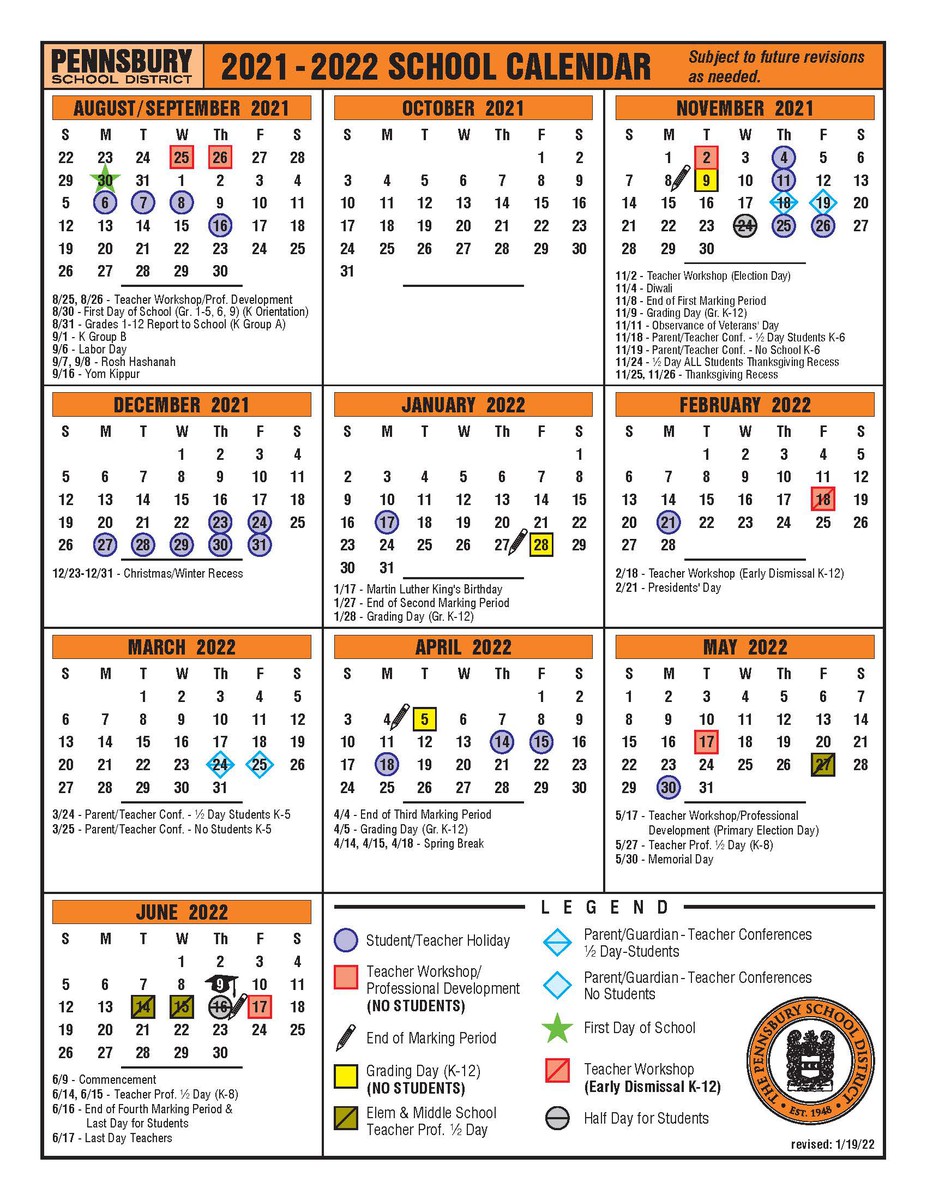 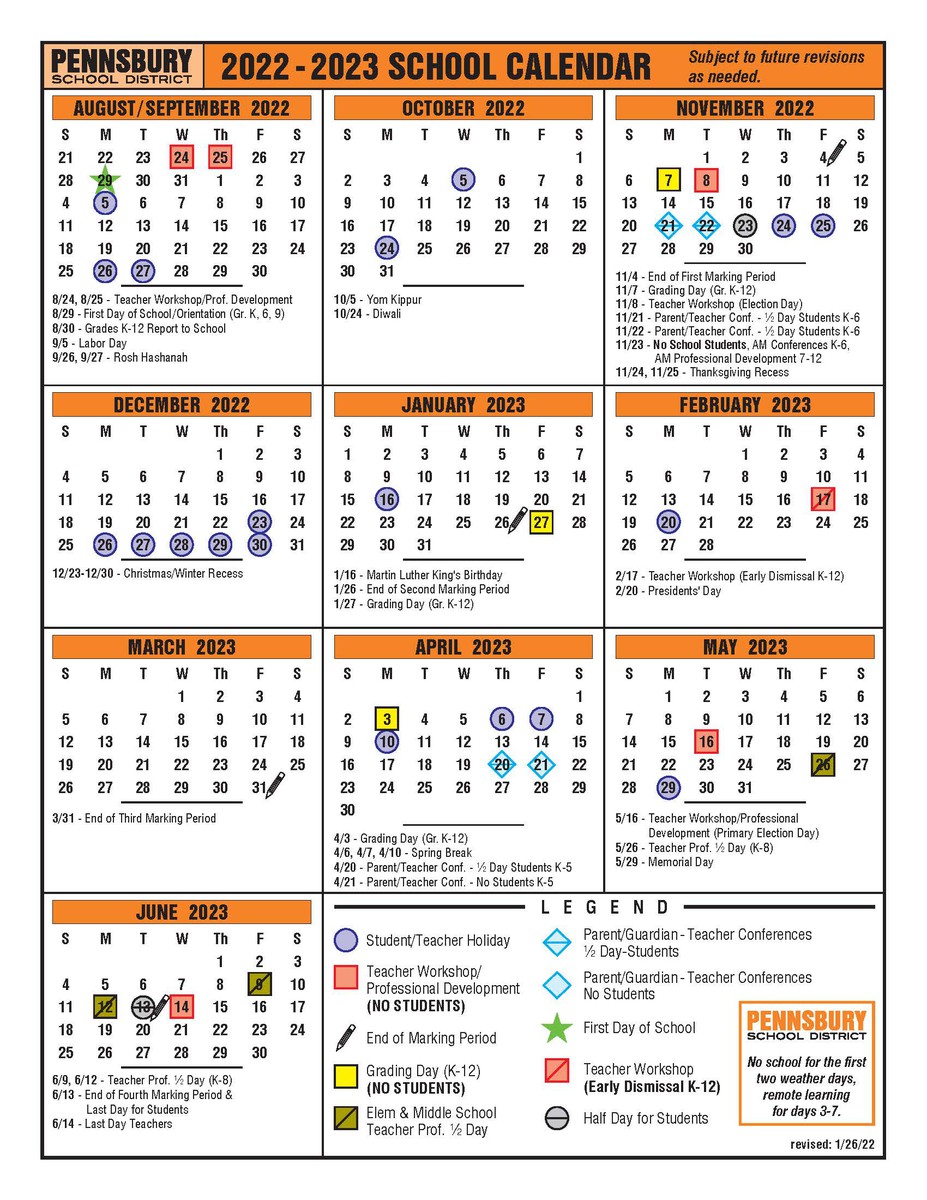 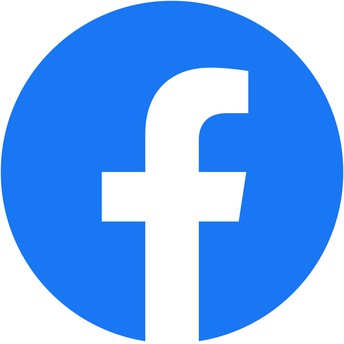 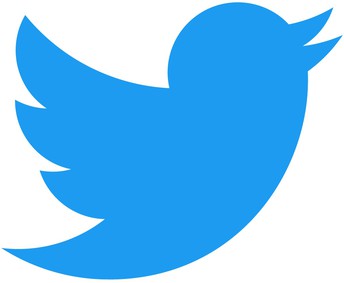 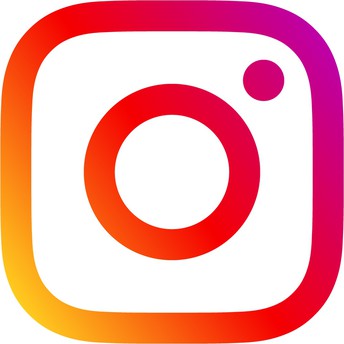 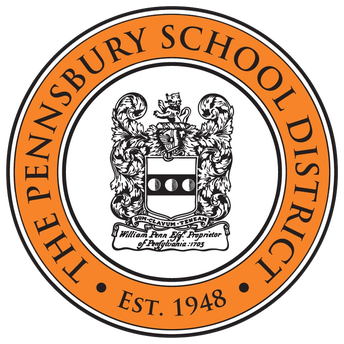