cayla is using Smore newsletters to spread the word online.

Get email updates from cayla:

Rosa Parks went to Industrial School for girls. She took academic and vocational courses. She later went to a Laboratory School for secondary education but dropped out so that she could care for her grandmother and mother.

Rosa Parks was of African Ancestry. She suffered from poor health with chronic tonsillitis and grew up on a farm after her parents had separated. She was interested in sewing, cooking, cleaning. Although she was a leader she did experience setbacks. Some of her setbacks were being jailed after refusing to give up her seat too a white passenger, and she lost her job.

Examples of Parks as a Hero 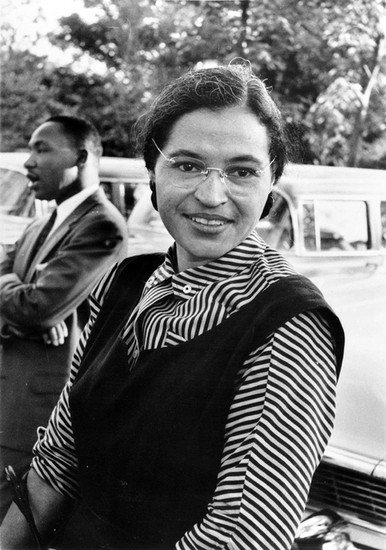 This day, December 1st, 60 years ago is the day Rosa parks didn't give up her seat on the bus

cayla is using Smore newsletters to spread the word online.