How Does a Volcano Erupt? By: Michael Vito Papa

How Does a Volcano Erupt? By: Michael Vito Papa

I wanted to research the parts of a volcano and how it erupts. I wondered this because there was always a mystery behind volcanoes and I was eager to figure it out.

Volcanoes are formed when magma from within the Earth's upper mantle works its way to the surface. At the surface, it erupts to form lava flows and ash deposits. Over time as the volcano continues to erupt, it will get bigger and bigger.A volcano is a land form usually a mountain where molten rock erupts through the surface of the planet.There are around 1,510 active volcanoes in the world. 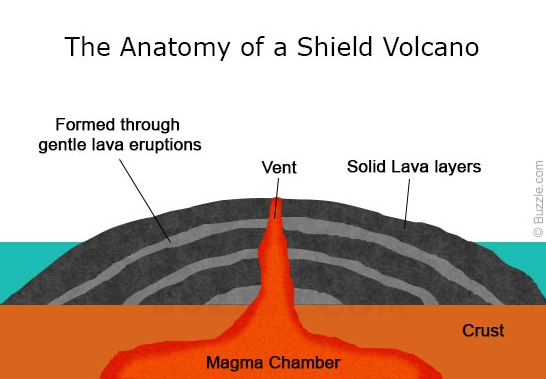 To create my replica volcano,I needed to get air dry clay,brown and red paint,and paint brushes.First I started with the crust because it was going to be the base. Then, I created the Magma Chamber because the magma is stored there. After, I made the vent, which is the most important part because that is where the magma comes out. Last, is the solid lava layers which is the hard part of the volcano. It is hard because it is on the outside. It is so hard because when the magma erupts, the magma cools down and gets hard on the outside. When I created my model, I could really visualize the how the volcano is formed and how it erupts. My notes came to life!!!

How I created my Volcano!

What Else I'm Wondering about Volcanoes!

1) Where are the most volcanoes located?

2) Why do some volcanoes not erupt?