Results of the American Revolution

On July 4th 1775 america gained its independence before that the Europeans explored north america and discovered new lands.Did you know Jamestown was the first English colony in north america john smith was the leader of Jamestown he made sure everything was doing good. On 1619 white male landowners got together as making an assembly called the house of Burgesses.Did you know that the pilgrims came from England to western hemisphere to find freedom of religion. about 100 pilgrims came an a ship called the mayflower and before landing they had a plan of government they called it the mayflower compact its where they agreed to the laws and all people would have to follow the laws.In 1630 a group called the puritans came to north america they came on presedent day. Did you know that the settlements grew into 13 colonies that can also be divided into three regions:New England colonies, Middle colonies, and southern colonies those colonies grew they wanted to move further west . In 1770 angry colonists confronted the British soldiers and the soldiers fired and killed five people that was called the Boston massacre . On 1773 the British passed the tea act and said that only one company could sell the tea and the colonists have to pay the taxes on the tea.during that the colonists dumped the tea into the ocean and this war was called the Boston Tea Party.To punish the British they gave them stricter laws the colonists called them the entolarable act .Then the colonists were seperated into patriots.on 1774 representatives from the colonies met in the First continental congress and voted to stop all traiding with England.The colonists started to train the farmers how to be soldiers.They knew that wouldn't solve problems right. On 1775 the second continental congress George Washington was their army leader Thomas Jefferson wrote the Declaration of Independence where the colonists expressed why they needed to start their own government.One of the delegates there was James Madison who became known as the constitution because he took notes and had good ideas about the new government. 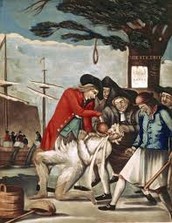 George washington lead the Colonists army to victory against the British army.

John adams he wrote the Treaty of Paris so he ended the Revolutionary War.

Sons of Liberty helped the Colonists be rebel against the British.

Thomas Jefferson wrote the Declaration of Independence so they got freedom and land. 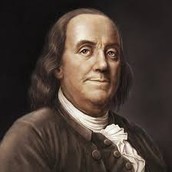 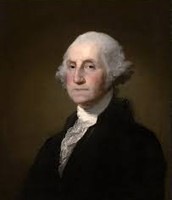 Follow Kara Wilson
Contact Kara Wilson
Embed code is for website/blog and not email. To embed your newsletter in a Mass Notification System, click HERE to see how or reach out to support@smore.com