danielle is using Smore newsletters to spread the word online.

Get email updates from danielle:

Alzheimer’s disease is an illness of the brain. It causes amounts of nerve cells in the brain to die. the person then begins to lose the ability to think and remember things clearly. People with Alzheimer’s become forgetful and easily confused and may have a hard time concentrating. They also may have trouble taking care of themselves and doing basic things like preparing meals, getting themselves ready or taking care of hygiene.

Memory loss is the most common symptom of alzheimer's. Mostly not retaining recent information that you were told. Another is changes in planning or problem solving. one would struggle with numbers, for example bills each month. not being able to complete daily tasks is another sign of alzheimer's. changes in mood or personality and misplacing things can also be a sign.

Alzheimer's is known to develop with growing age and usually found in ages 65 or older. there is also a 5 percent chance that people with this disease will develop what is known as early onset or younger onset, which appears when someone is in their 40's or 50's.

There are three stages of Alzheimer's. 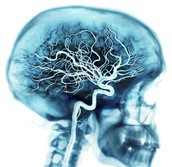 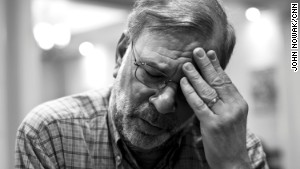 danielle is using Smore newsletters to spread the word online.