Get email updates from Danny:

Cocaine Messes with the Brain!

Cocaine is a common stimulant on the street that people use to get "high." However, once started, it is difficult to quit and can cause strong addiction, negatively impacting not only the physical and mental health but also the social well-being.

Here are some statistics about cocaine:

How Cocaine Affects Us

The short-term effects of taking in cocaine into our body system include:

The long-term effects are more severe and harder to treat:

How Cocaine Affects Others

Cocaine not only harms your body but also the well-being of those around you: 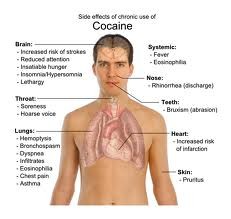 The Dangers of Cocaine - health project

Follow Danny Park
Contact Danny Park
Embed code is for website/blog and not email. To embed your newsletter in a Mass Notification System, click HERE to see how or reach out to support@smore.com
close