Graciela is using Smore newsletters to spread the word online.

Get email updates from Graciela: 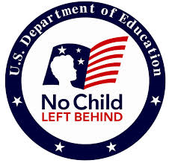 One legislation at a TIME!!

The Elementary and Secondary Education Act (ESEA) was passed as a part of President Lyndon B. Johnson's "War on poverty" and has been the most far-reaching federal legislation affecting education ever passed by Congress.

When it was actually proposed.

The act was originally authorized through 1970; however, the government has reauthorized the act every five years since its enactment. The current reauthorization of ESEA is the No child left behind Act of 2001, named and proposed by President GeorgeW. Bush. The ESEA also allows military recruiters access to 11th and 12th grade students' names, addresses, and telephone listings when requested. 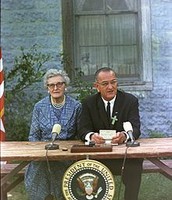 At a open meeting with his wife, discussing the Act Movements.

(AMO)-are unique yearly targets in reading and mathematics for each subgroup, school and district, as described in Washington's Elementary and Secondary Education Act (ESEA) Flexibility Request.

(CPR)- is a compliance review required under federal regulations. The CPR team at OSPI monitors all federally funded ESEA programs in Washington state. 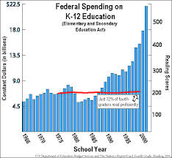 Sections of the Original 1965 Act

Graciela is using Smore newsletters to spread the word online.