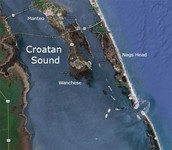 Croatan Sound is located in Dare County. The sound separates the Roanoke Island and the towns of Wanchese and Manteo from the mainland in the Outer Banks of North Carolina.

The Croatan Sound was once a marsh and surrounded by towering pines and patches of woods and forests.

Oysters and clams are both found in estuaries, they help prevent the land from erosion by attaching to gravel and shells on the shoreline. Pelicans, ibises, and even egrets and herons all can be spotted around the sound and floating on the water.

Estuaries are important because they provide nesting and feeding habitats for a lot of marine plants and animals. Many birds, fish, amphibians, insects, and other animals count on estuaries as a place to live, feed, nest, and reproduce. Estuaries are also important to humans, there account for about 75% of the United States commercial fish catch. They are used for recreational activities and transportation. 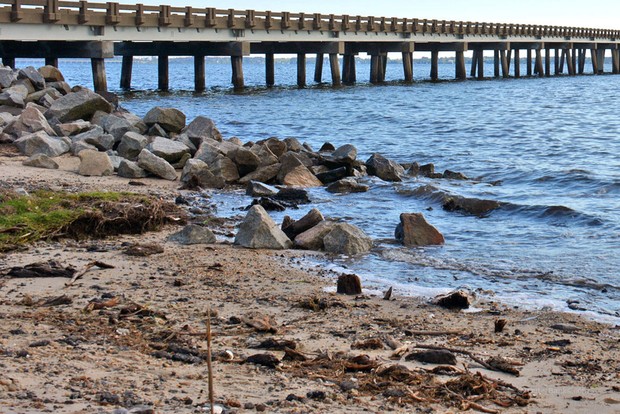 Rivers, streams, or waterways that feed into the Croatan Sound

North Carolina Estuaries are threatened by changes being made to the borders. Roads, bridges, culverts, sewage systems, pipelines, and dams being constructed can change the flow of water through the ecosystem. The asphalt and concrete deflect water, so pollution runs straight into the estuaries. Dredging of channels, which allows large boats to travel through, damages plants, oyster beds, and stirs up sediment. The stirred up sediment will cause the channels to have to get dredged again and sediment can get caught in fish gills. Sewage treatment plants, septic systems, polluted air, and fertilizers can cause the estuary to have an too many nutrients. The excess of nutrients can cause algae blooms which block other plants from receiving sunlight. Toxins such as pesticides, herbicides, weed killer, paint, oil and other substances pollute the estuary and kill many plants and animals. These are only some of the various threats that face North Carolina estuaries.