Our 10 "Must Reads" for Every Fifth Grader

Our 10 "Must Reads" for Every Fifth Grader 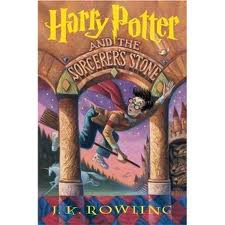 Harry Potter and the Sorcerer's Stone by J.K. Rowling

Harry Potter was just a normal boy living with his aunt and uncle, but everything changes when he finds out he's a wizard. Harry goes to a magical school for people just like him: Hogwarts School of Witchcraft and Wizardry. But even at his new school he's not normal. He finds out pieces of his mysterious past, and along the way meets his lifelong friends Ron and Hermoine, along with his lifelong enemies. He finds out that he's not safe, even at Hogwarts which is supposedly one of the safest places on earth. When Harry finds out that someone is trying to steal the sorcerer's stone, a stone that turns metal into gold and makes you immortal. It's up to Harry to stop him. Who is trying to steal it and why? Will Harry succeed? Read this great book to find out!

Reviewed by Owen, Claire, and Eily 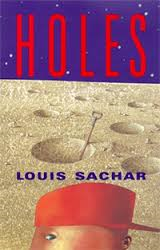 When Stanley Yelnats is arrested for "stealing" a pair of shoes from a famous baseball player, he has two choices in court: get sent to jail or go to Camp Greenlake. Since he has never been to camp, he realized it might be fun. It's obviously better than jail, or so he thought. When he gets to Camp Greenlake, he realizes it's not even a lake. He meets Zero, Armpit, Squid, X-Ray, and Zig-Zag. Every day they have to dig 6 foot deep and 6 foot wide holes. Everyone says it's supposed to build character but Stanley knows that's not the case...

Reviewed by Tim and Liza 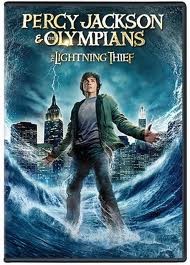 Percy Jackson and the Olympians: The Lightning Thief by Rick Riordan

Percy Jackson is 14 years old. Percy doesn't know that he is a "half blood," which is half Greek and half human. Grover, who is a saytar, is Percy's protector. Annabeth is one of Percy's friends and is very smart. Percy's dad is Poseidon, so Percy is in the Poseidon cabin, and the only one in there. Together Percy, Grover, and Annabeth go on quests in this book and throughout the whole series. This book is entertaining and very suspenseful. Not only is it a good read, but you learn a lot about Greek and Roman mythology. This book is GREAT!

Reviewed by Avery and Henry 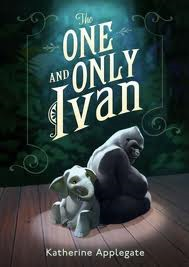 The One and Only Ivan by Katherine Applegate

Ivan is a gorilla who lives at the Exit 8 Big Top Mall and Video Arcade. Every day is the same for Ivan: eat, sleep, paint, and eat and sleep again. Until a baby elephant moves in next door and changes his life forever. Everyone should read this book and know what life is like for an animal like Ivan at the Big Top Mall.

Reviewed by Anson, Will, and Julia 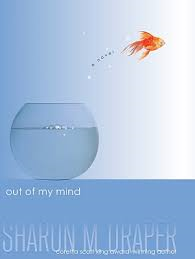 Out of My Mind by Sharon M. Draper

Melody is a 10-year-old girl who has cerebral palsy, a disease that prevents her from walking and talking. She wishes that she could be a normal person who can communicate clearly. Melody is rejected by many people in her school. Her disabilities hide her true self and inner intelligence, but when she finds something that may help her, it changes her life forever This book is special because it teaches you to look at disabled people in a whole new way. 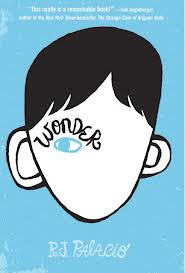 Wonder is about a boy named August. He has a deformed face and has a cleft palate and has been home-schooled his whole life. His parents decided that he should go to school for 5th grade. August gets nervous about people making fun of his face. Kids make fun of him and avoid him and make him feel terrible. It gets worse when the school goes on a field trip.

Reviewed by Arianna, Andrew, and Gavin

Number the Stars by Lois Lowry

This book is about a ten-year-old girl named Annemarie and her friend Ellen who live in Copenhagen in 1943. When the Nazis invade Switzerland Ellen moves in with Annemarie. Then they go to Annemarie's Uncle Henrik. They then find out that "Great Aunt Birtke" dies. But there is no "Great Aunt Birtke" so who died?

Reviewed by Logan M and Peter 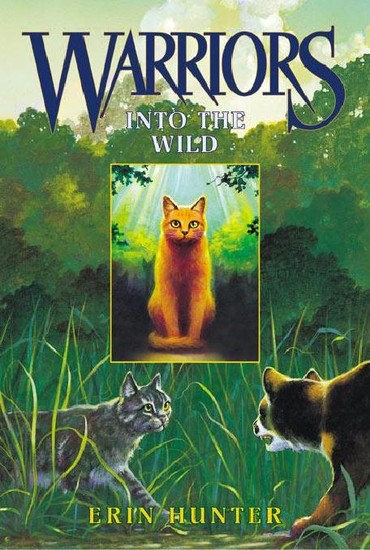 Warriors: Into the Wild by Erin Hunter

Into the Wild is about a cat named Rusty. He is a Kitty Pet, or a cat owned by Two Legs (humans). Then his whole life changes when a cat from the forest finds him and invites him to her clan, Thunder Clan. There, he is renamed Fire Paw. I recommend this book to cat lovers and animal lovers. 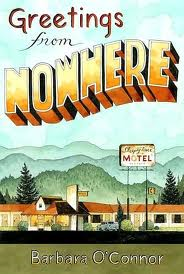 Greetings from Nowhere by Barbara O'Connor

Aggie struggles with the bills. No one has come to the Sleepy Time Motel in a long time. Kirby is on his way to a "bad boy school." Loretta is finding her missing piece, and Willow's dad is trying to buy the motel and start a new life without Willow's mom. All these people find out just what they need...in the middle of nowhere.

Reviewed by Cam and Nicole 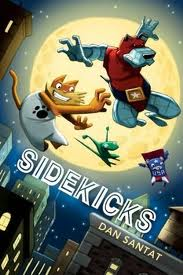 Sidekicks is a graphic novel about a super hero with super animals with different super hero abilities. When the people think he is too old to fight crime he decides he needs a sidekick. At the same time, a super villain is released from prison and he's planning an evil plan. While the sidekicks tryouts are going on there is an unsuspecting turn. People should read this book because it's an action-packed and hilarious book.

Reviewed by Sasha and Josh