Get email updates from dalton:

How did M.J and the teams stats show their real progress

How did M.J and the teams stats show their real progress 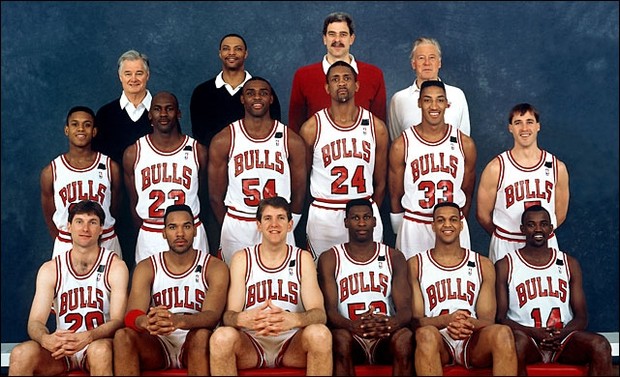 This is the championship team of the 1992 Chicago Bulls.
Michael Jordan -" First Three-peat " / Bulls vs Suns 1993 NBA Finals Gm 6
The NBA and the Bulls first 3-peat,made by Michael Jordan.


To start off the 1991-1992 season the Bulls went 37-5 before the all-star break. At the end of the season the Bulls finished with a record of 67-15. For the standings 1st in the Central Division and got 2nd seed overall for the Eastern Conference. In the Playoffs the Bulls started off at a good start by owning the Heat 3-0. The Bulls beat the Knicks for the Central Semifinal conference 4-3. For the Eastern conference Finals the Bulls beat the Cavaliers 4-2. The Bulls had a great start and ended up beating the Blazers for the NBA finals 4-2. The Bulls had their second championship team and season in 1992 besides 1991.The Bulls all together had 6 NBA championship seasons. The team earned some rewards and got 5th place for points per game,1st place for expected W/L ratio of 67-15 for
the season.
For Michael Jordan's career he still holds the highest points per game beating Wilt Chamberlain by only .5 (30.12-30.7).Michael Jordan has 32,292 points in his whole career,he is currently in 4th Place,the leader is Kareem Abdul-Jabbar with 38,387 points in his career.Michael has 5,633 assist in his career,it was not his strong point because he is in 40th place for assist in career,1st place is John Stockton with 15,806.In the championship,M.J. scored 40 or more points in the 3 of the 4 games. Mike was NBA mvp in 1988,1991,1992,1996,1998. He was a 2 time olympic gold metalist and a 14 tima NBA allstar. He also was 9 time all defensive first team in 88-93 and 96-98,he was the rookie of the year in 1985. He was named one of the greatest in the history. Michael has a huge inpact on the Bulls whole franchise because he made the first 3-peat in the NBA history,and did it twice!Mike gave the Bulls 7 straight scoring titles.After all of the Bulls season and Michael's help,the 1992 Bulls have been named one of the best overall team in the NBA history. 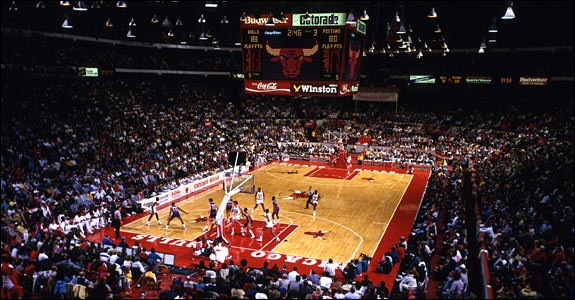 The Chicago Bulls played the Portland Trailblazers in the Championship game of 1992.
Get Directions