“I go where the sound of thunder is.” -Alfred M. Gray

It all started with a phone call. I was in my second year of teaching, looking for a way to connect area veterans with sixth grade students. The Stoughton Historical Society seemed to be a logical place to start. Joe DeVito, president at the time, answered and thus began a friendship which has only grown stronger over time.

Joe DeVito grew up in Stoughton and, like millions of Americans, answered the call to serve his country in World War II. Joe ended up in the Pacific Theatre of Operations aboard a PT (patrol torpedo) boat, similar to the type of vessel JFK commanded (documented in William Doyle’s famous book PT-109). A young man at the time, Joe quickly realized how perilous life could be on the open seas of the Pacific. Shortly after entering the war zone near Guam, a boat ahead of his was torpedoed by a Japanese patrol.

After two years at sea, Joe returned home to Stoughton to raise a family and operate a well known store in town for many years. Like many members of the “Greatest Generation,” Joe became a pillar of the community - serving in many ways through his volunteer and advocacy work. Eventually he became President of the Stoughton Historical Society and our work together began.

Joe and I both wanted middle school students in our community to gain a better understanding and appreciation for the sacrifices made by all veterans. Over the years, veterans from World War II, Korea, Vietnam, Desert Storm and the conflicts in Iraq and Afghanistan have all visited the O’Donnell Middle School. Caitlin Valair, 8th grade Social Studies teacher, further developed the program by adding a Veteran of the Year award and by organizing a fundraising effort to assist various causes supported by veterans. In 2017, Caitlin’s efforts resulted in Joe being honored at the World War II Museum in New Orleans, LA. JetBlue picked up on the story and flew Joe’s entire family to New Orleans, free of charge (https://stoughton.wickedlocal.com/news/20171026/snyders-stoughton-students-pave-way-to-wwii-museum-for-their-favorite-vet).

Like many veterans, Joe is a humble man and is hesitant to talk about his war experience. Yet, over the years, Joe and many of Stoughton’s veterans have shared their courageous stories. These stories are the fabric of our nation. 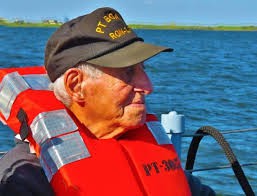 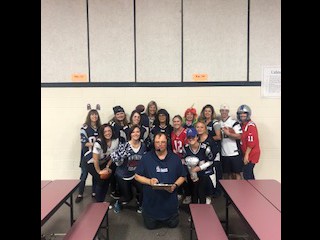 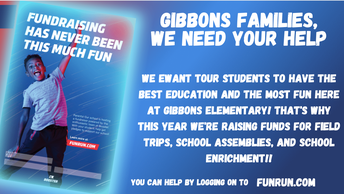 Calling all veterans! Join us for a wonderful luncheon in honor of those that have served our country! Please contact Dave Guglia @ d_guglia@stoughtonschools.org if interested.
Get Directions

Gibbons Fun Run! Our biggest fundraising event of the year! Go to funrun.com
Get Directions

Follow David Guglia
Contact David Guglia
Embed code is for website/blog and not email. To embed your newsletter in a Mass Notification System, click HERE to see how or reach out to support@smore.com
close