Wyatt is using Smore newsletters to spread the word online.

Get email updates from Wyatt:

George Wald was the youngest of three children born to Jewish immigrant parents in New York City in 1906. His parents were in the clothing industry. His father worked as a tailor. He grew up in Brooklyn, New York. He showed interest in science at a very early age. He also had a funny personality. He and a friend performed in a vaudeville act at Jewish community centers.


He was in the first graduating class of Brooklyn Technical High School in 1922. He received his Bachelor of Science degree from New York University in 1927 and his PhD in zoology from Columbia University in 1932.

After graduation in 1932, he was awarded a fellowship in Biology and received a travel grant. He used the grant to travel to Germany to work in the laboratory of Otto Warburg. During his research there, he discovered Vitamin A in the retina and how the cells in the retina transfer images to the brain to produce vision. Life in Germany was very dangerous for Jews during that period of time because of Adolf Hitler and the Nazis. He left Germany in 1933 to continue his research at the University of Chicago. The next year he began working at Harvard University as a tutor and later became a professor. He taught at Harvard for 43 years.

In 1939, he received the Eli Lilly Ward from the American Chemical Society. He was awarded the Proctor Medal of the Association for Research in Ophthalmology in 1955. Later in 1967 he received the Nobel Prize for his discoveries in vision research. George Wald received many awards during his career. He was well known for his sense of humor and was an outstanding teacher. In 1966, he was on the cover of Time Magazine and was listed as one of the ten best teachers in the country. He was asked to speak on his research at many universities.

George Wald had a long career as a vision scientist. He spent most of his research on how Vitamin A works in the retina and how the lack of it is linked to night blindness and how the eyes can be insensitive to light. As a result of his research, there is now an improved understanding of the what causes color blindness. He loved experimentation. He once said it was like having a "quiet conversation with nature."

George Wald passed away when he was 90 years old in his home in Cambridge, Massachusetts. 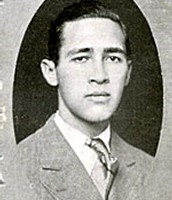 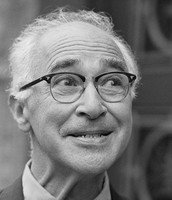 This picture shows his sense of humor

He was a well-liked professor and popular speaker 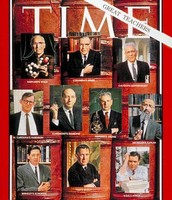 He was featured in a cover story on the country's best teachers. His picture is listed first. 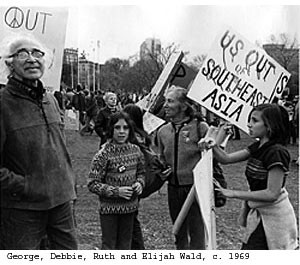 He left Harvard in 1977 after 43 years of teaching. He became spokesperson for peace and human rights He was one of the first biologists to speak out against the Vietnam War. This made him even more popular among the students in the 1960s. He protested the war and was even arrested several times during protests. He considered these activities part of being a biologist, someone concerned with life. 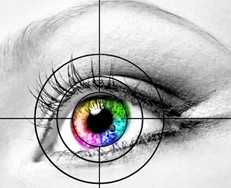 American Scientist and Winner of the Nobel Prize in Physiology or Medicine: George Wald Interview

George Wald is interviewed. He talks about his Biology career and also his anti-war activities.

Wyatt is using Smore newsletters to spread the word online.