The Journey of Asia

We take a look around Asia as we see Japan, India, and etc.

The Journey of Asia

We take a look around Asia as we see Japan, India, and etc.

On the world map, Japan is located of Eastern Asia by the Pacific Ocean. As we learn more about Japan, as of their country, they government is based off a Constitutional Monarchy which Japan is known as an unity state. Japan also only committed to two religions as it Shinto and Buddhism which is very popular in Japan. They're known about their culture and food also with more to come.

The JKA is the most authoritative and by far the largest karate organization in the world, the Keeper of Karate”s Highest Tradition.

Chopsticks are used widely throughout Asia, and of course Japan.

Confucianism and Taoism are both philosophies which began in China.

"Do not look for a sanctuary in anyone except yourself." -Siddhartha

www.livescience.com
India is one of the world's oldest and most diverse cultures. Here is an overview of Indian customs and traditions.

India is identified as the birthplace of Hinduism and Buddhism, the third and fourth biggest religions in the world. As more to learn about, their cuisine is influenced by many other countries in the world, as they known for herbs and spices. Wheat, Basmati rice and pulses with chana (Bengal gram) is apart of their diet. In India, the most well-known architect is the Taj Mahal, built by emperor Shah Jahan to honor his third wife, Mumtaz Mahal. About more of their culture, Indian clothing is closely identified with the colorful silk worn by women, as men wears a kurta which is a loose shirt. 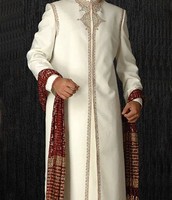