Here's What We All Need to Know

If you have heard that vaping, juuling, e-cigarettes are becoming a major concern among teens, the picture below solidifies that concern. This is what we have confiscated at Central Noble Jr/Sr High School in the past month or so. We have heard, we have seen, we have smelled, we have searched, and although many times we aren't finding anything, too often we have.

Vaping, the inhaling of warmed up nicotine turned vapor through a device, is out of control. It has taken over the tobacco industry in ways nobody could have ever imagined. Somehow, today’s youth have made traditional cigarette smoking dirty and taboo, while simultaneously becoming addicted to nicotine in the most fashionable and technocratic of ways. Our students are no longer frantically puffing on Marlboro Lights in the parking lot before school starts, instead, they’re sucking on the latest vaping and e-cigarette technology- the Juul. Juuling is the in thing right now, and if you think it’s only “those” type of kids who are vaping in place of cigarette smoking, you couldn’t be further from the truth. Ask any teenager right now if they know what Juuling is, and I guarantee you they’ll tell you they’ve seen kids Juuling at school, sometimes right in the middle of class without anyone even knowing they’re doing it.

How is this possible? Well for starters, the easily disguised design of Juuls looks like an ordinary piece of technology. Developed by two Stanford grads both with a background in industrial design, Juul devices look nothing like other larger vaping and e-cig devices that you may have seen used. Juuls are very small in comparison, and to the naked eye look exactly like a USB drive, or a portable charging battery for smartphones. They can literally be inserted into a laptops’s USB drive to charge, so not only do they look like small flash drives, they can also act like one when not being used to vape.

Fitting easily in the palm of a hand, Juuls can be held up to your mouth and quickly vaped, with no one the wiser, because it looks like you could just be itching your face for a few seconds, not literally inhaling nicotine. And to make them even more appealing, Juul’s developers have created a variety of flavored enhanced nicotines, to go along with the huge variety and assortment of Juuling devices now available. Want a pink Juul that delivers a mango infused nicotine hit? We found one. How about a cool mint flavored Juul that can even be turned into a fidget spinner? Done.

An article I read stated that Juul holds 54% of the cigarette market, higher than what Marlboro had in its peak days. According to their website, Juul was developed as an alternative to cigarette smoking, and a way for adults to begin the process of quitting nicotine all together. Hard to believe because one Juul pod contains the same amount of nicotine as a pack of cigarettes and is made to last the same amount of time. The problem is, teens do not understand this.

As we have read news articles and reached out to colleagues in surrounding school districts, we are hearing the same concerns. Juuling is quick, easy, and hard to detect. The style of the devices look like electronics, they can take one quick hit and put it right back in their pocket or plug it into their laptop, and it smells like someone sprayed cucumber and watermelon body spray or opened a piece of mint gum.

How can you help? We would like for you to start by educating yourselves, so that you know what the issues are. We have to begin having open, honest dialogue with our students to be able to share our concerns. These concerns are not only geared toward our students who are juuling, but also our students who see it happening and walk away.

We've tried locking restrooms that are hard to monitor, sitting in the restrooms during lunches, banning jump drives in certain classrooms, and all of these have led to our very resourceful students finding other venues. It's going to take all of us being aware of the issues and actively keeping our eyes, ears, and noses open to what is going on around us, literally. We are going to start an educational campaign using our daily announcements to share our concerns, and invite you to find ways to incorporate these concerns into your lessons. The most important thing is getting the dialogue open and keeping it going. Declarative statements like ‘It’s bad for you’ without more dialogue will end the conversation before it even gets started. Many of the students we have dealt with do not understand they are being exposed to an addictive drug. Teaching them that the best choice is to not use any tobacco or nicotine-containing products is the message they need to hear. 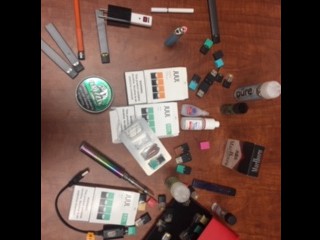 Congratulations to the Jr High Destination Imagination Team! This team worked hard and will be advancing to Global Competition in May! We are #CNProud of all of you! Also, check our Noah Lien, one of the coaches. Noah coached the Sr High Team and also helped keep the Jr High Team advancing. He is a CN grad who works and is going to college full time to become a teacher. He's going to be a great one! I hope we have a place for him at CN when he finishes! 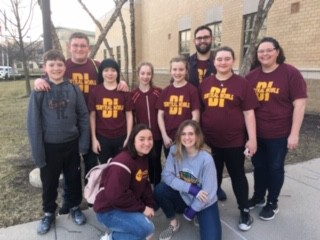 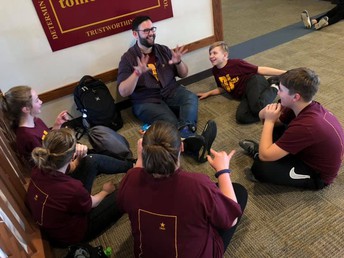 Thank you to Mrs. Earnhart and all of the students who brought the petting zoo back to CN just before break. What a great experience for our students and just one more way CN is making a difference! Thank you for going above and beyond! #ourFFAisawesome 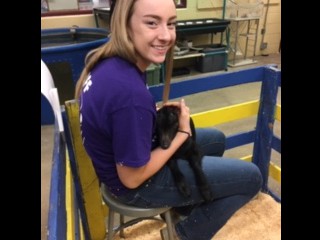 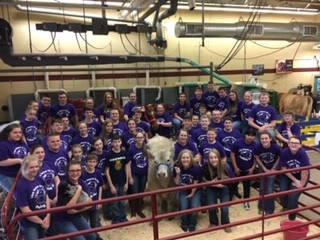 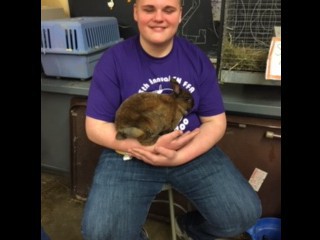 Thank you to Mrs. Sprague, Mrs. Vice, and Mr. Schuller for leading this group in Washington D.C. Our students are lucky to have this opportunity! The more they see, the more they know! #makingitreal 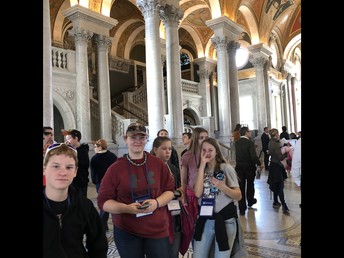 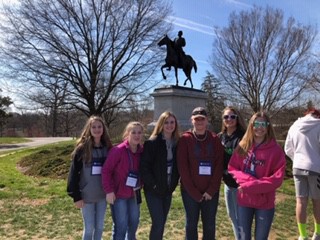 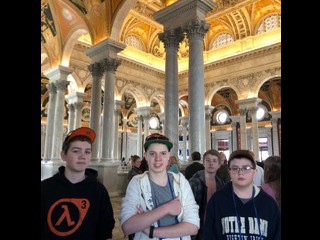 This is a reminder that students should be given 5 school days (not including Spring Break) to finish their e-Learning from 3/29. If you assigned this early, you may count the days before, but if you assigned on 3/29, they should have this week to complete that work.

Sitting quietly, doing nothing, spring comes and the grass grows by itself. Zen Proverb