The Pulse of Yorkville Elementary

The Pulse of Yorkville Elementary

A Message From the Principal

The air is becoming brisk and the leaves are falling. It's that time of year when we are encouraged to take some time to reflect on the many blessings that fill our lives. I am truly blessed and am thankful to have the opportunity to work with a talented staff, amazing students and dedicated families. I feel honored to be part of a community of learners that is committed to student success.

Research demonstrates that students experience more success in school when their parents/guardians are involved in their academic lives. Attending parent/teacher conferences is a great way to become involved and help your child succeed. Please look for communication from your child's teacher regarding our upcoming conferences. I encourage you to take advantage of this opportunity to begin or to continue conversations with your child's teacher. Hope to see you there!

Reading comprehension skills increase the pleasure and effectiveness of reading. Skilled readers don't just read; they interact with the text. To help beginning readers understand these concepts, consider incorporating the following when reading with your child:

According to the U.S. Math Recovery Council, mathematics at home does not need to be formal pencil/paper instruction. You can support the instruction taking place in the classroom by playing games and by talking about mathematics in day-to-day events. Playing games with your child involving numbers, dice, and counting provides important experiences in making sense of mathematics.

There are lots of opportunities around us for counting, reading numbers, comparing numbers, comparing quantities, adding and subtracting, and simply talking about mathematics. These opportunities occur while at home, driving in the car, shopping, taking a walk…just about everywhere. Encouraging your child to explain how they arrived at their answer can provide great information into their way of thinking.

Number and number relationships that seem obvious to adults may not seem so for children. Children’s understandings can vary greatly from the adult’s knowledge. The development of this knowledge does not come from telling, but rather through the child’s personal construction of the knowledge. Children must have personal experiences to learn and relate various forms of number.

Students in 4K through 3rd grade celebrated Fire Prevention Week with a visit to the Union Grove Fire Department!

Third grade students were amazed by the opportunity to witness the life cycle of butterflies. The students had a celebration when the butterflies were released!

The seventh and eighth grade students spent time learning how to use a compound microscope and were able to look at many different types of cells and organisms.

Former student, Ali Kravig, spent her junior year of high school studying abroad in Spain. She lived with a host family just outside of Madrid and spent the entire year attending a Spanish High School, traveling around Spain and Europe, trying unique foods, and embracing Spanish culture and life. Ali visited Yorkville Elementary to share her experiences with our students who are currently taking Spanish. The students loved hearing about Ali's experiences and thought more about where learning Spanish could take them. The students' favorite part was learning that Ali tried baby eels, and that they looked and tasted like spaghetti!

On Thursday, October 20th, student council officers enjoyed the opportunity to attend a leadership conference at UW-Whitewater. Students spent the morning watching a magic show from Ardan James, The Animated Illusionist. The show focused on positive leadership and living life without the negative influence of drugs, alcohol or tobacco. The students then participated in a workshop with Ardan James that addressed the importance of communication and understanding differences. After a fun lunch and some fresh air, the four officers split into different groups with students from other area schools and took turns leading their groups in a variety of activities.

On Thursday, October 27th, staff and students celebrated Halloween with costumes, classroom activities and the annual parade. There was lots of creativity and excitement! 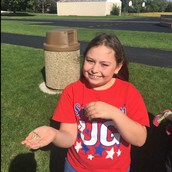 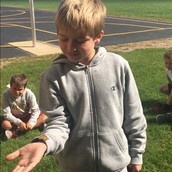 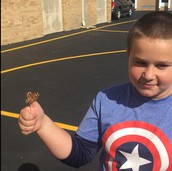 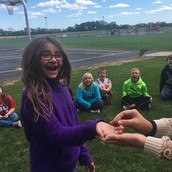 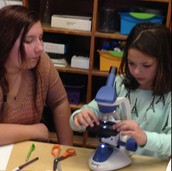 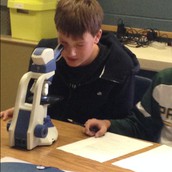 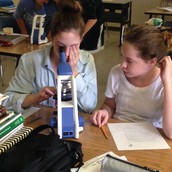 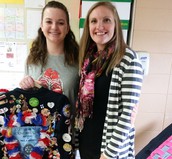 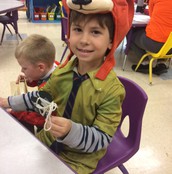 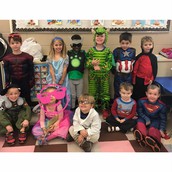 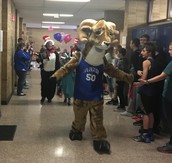 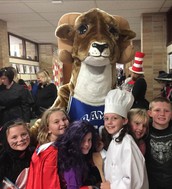 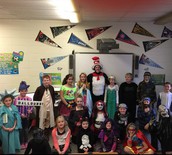 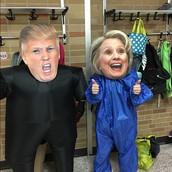 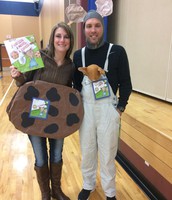 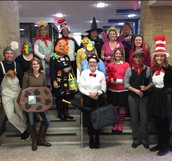 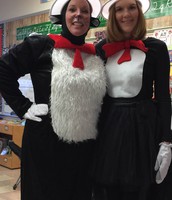 Concerns over revenue, enrollment and long-term sustainability have pushed the Yorkville School Board to consider a referendum to provide funding for school operating expenses. These concerns began five years ago, as declining district pupil enrollment and restrictive revenue caps from the state hit the district simultaneously. In that time, the School Board and administration have implemented numerous significant cost-saving measures, and have used Open Enrollment revenue to bolster the district’s operating budget.

In the early 2000’s, Yorkville School resident pupil enrollment was on the rise. The housing market crash of 2008-09 had a tremendous impact on Yorkville School enrollment. New residential building nearly ceased, and existing home turnover became stagnant. The result was steady and significant declining enrollment in the district. The School Board judiciously used Open Enrollment to help the budget, but that revenue source is not sufficient.

In order to maintain the high-quality educational programming that parents and residents expect of Yorkville School, the School Board has implemented several cost-saving measures to help balance the budget in years of diminished revenues.

The Yorkville School District’s financial problems are a Revenue issue, not a Spending issue.

Governor Walker and state legislators have implemented laws that have restricted revenue limits to a level that will not sustain the district operations. In discussions with our local representatives, they have stated that if the district needs more funding to operate, it’s up to the voters—through a referendum—to determine whether the district should be allowed to increase revenues above the revenue limit. Yorkville School District is not alone in this situation. Since 2015, there have been 90 school referendum questions presented to voters across the state, asking to exceed revenue limits to support the operation of their local public schools—with voters approving 80 percent of them.

The School Board has already hosted an informational meeting on October 13th. To inform as many parents, residents, business owners and taxpayers as possible, there will be another Community Meeting held on Wednesday, November 16th at 7:00 PM in the Yorkville School cafeteria. The School Board and administration will present more detail describing the current financial situation, long-term projections, the scope and type of a potential referendum, the tax impact, and what those funds would be used for.

If the state government is declaring it is “up to the local voters”, it is imperative that you, as a voter are informed when making your choice. The long-term sustainability of the Yorkville School District depends on it!

Each year Yorkville Elementary School looks for ways to help others in the community. Service learning helps to teach our students about giving back to those in need. This year we’ve decided to help homeless veterans get back on their feet by participating in the James A. Veteran Village Project.

Did you know that one in four homeless people in the United States have served in our military? The Veterans Outreach for Wisconsin is a group that assists with at risk and homeless veterans. The organization is currently working on building the James A. Veteran Village, a community of 15 tiny homes in the city of Racine. The Veterans Outreach group is looking for donations to help build the tiny homes. The cost to build one home is $5,000. The goal at Yorkville Elementary School is to raise enough money to build one tiny home in this village. Our school plans to work with the student council to develop fun ways to raise money toward this great investment.

Yorkville Elementary School is a great school within a wonderful community. If we all pitch in, we believe we can raise the money to help a veteran in need. If you have any questions about the group or the tiny home, you can visit the website at vetsoutreachwi.us. Thank you, in advance, for your consideration and support as we work to make this service project a reality.

The PTO has had a busy couple of months, and we are working to ensure that the fun continues!