Establishing long-lasting partnerships to upgrade heritage-based offers and create new investment opportunities in tourism and the cultural and creative industries at UNESCO designated areas in the Black Sea basin.

Georgia (Georgian: საქართველო) is a transcontinental country at the intersection of Eastern Europe and Western Asia. It is part of the Caucasus region, bounded by the Black Sea to the west, by Russia to the north and northeast, by Türkiye to the southwest, by Armenia to the south, and by Azerbaijan to the southeast. The country covers an area of 69,700 square kilometres and has a population of 3.7 million people. Tbilisi is its capital as well as its largest city, home to roughly a third of the Georgian population. 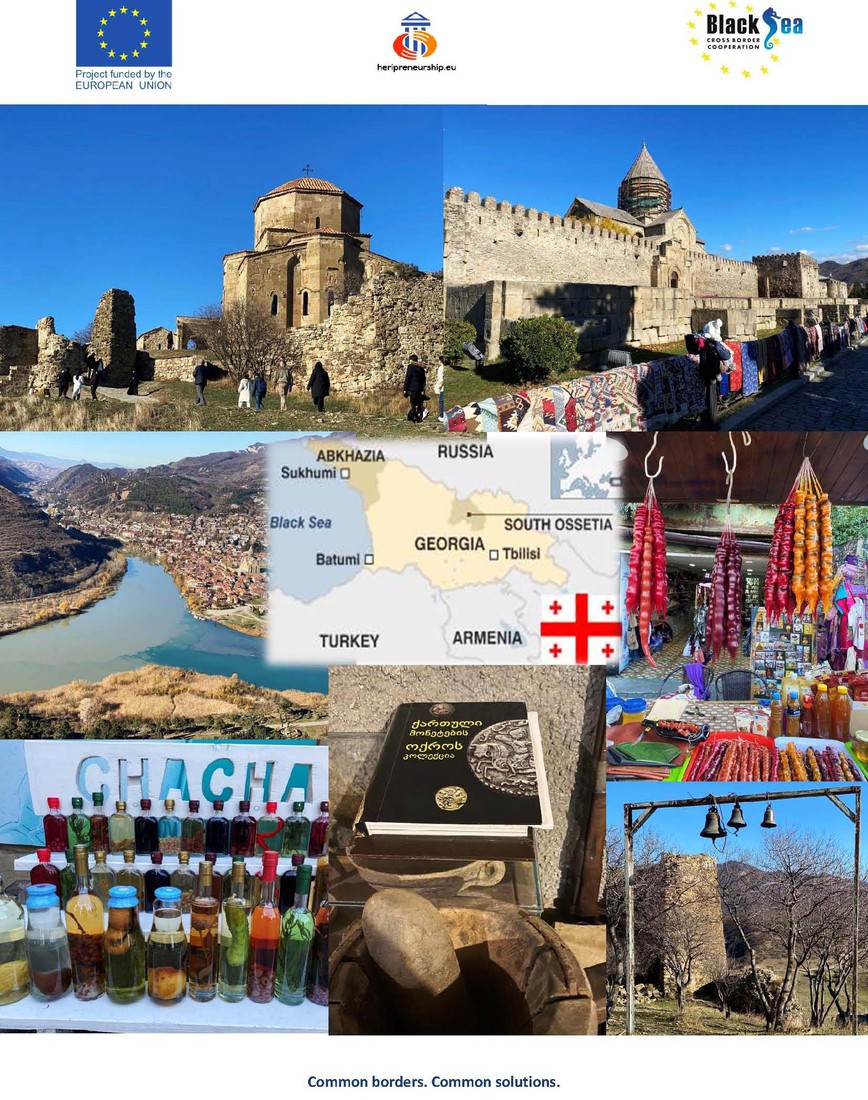 It might be one of Europe’s less visited countries, but we can certainly say if you are traveling to this incredible country would leave you memories forever!

Let’s have a look at some of the interesting facts that make Georgia so unique:

1. It is the birthplace of wine! Georgians have been making and perfecting this wonderful drink for at least 8,000 years. The technique they use for their wine making which involves a clay jar called a Qvevri has even been listed on the UNESCO list.

2. Georgians love to host a guest! In Georgia, it is believed that a guest is a gift from God. When holding a ‘supra’ (a traditional Georgian feast) guests are welcomed with open arms and the ‘tamade’ (a toastmaster) will make sure you are well fed and entertained.

3. It’s home to 3 UNESCO World Heritage-listed sites! The impressive cathedral complex known as the Gelati Monastery, the ancient city and former capital of Mtskheta, and the mountainous region of Upper Svaneti have all made it on the list, and there are many more on the tentative list.

4. It has its own unique language! The Georgian language has a unique influence from Greek and Iranian languages which has resulted in its very own alphabet. There have been three different iterations of the language throughout its history, but the language that is used today is made up of 33 letters.

5. It's known for its polyphonic music! Polyphonic music is choral folk music sung by 2 or more people, and the traditions pre-date the introduction of Christianity in Georgia (early 4th century AD).

6. Georgians have a different name for their country! The locals call it Sakartvelo and call themselves Kartveli, which most probably derives from a central region in Georgia – Kartli. There is also some debate as to where the name Georgia comes from; is it from St George, the patron saint of this country; or Georgi, the Greek name for agricultural tribes; or the Persian-Arabic word Gurg, meaning land of wolves?

We would like to invite you to discover GEORGIA with us. With HERiPRENEURSHIP you can travel anywhere!

The State University of Telavi (TESAU) hosted the study visit in Georgia during the period 27th – 30th November 2022 as part of the project. The partner representatives of all six countries met to experience some of the geolocations set in the pilot route to be launched by TESAU. 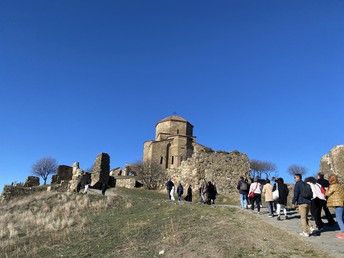 Monasteries Jvari and Samtavro, Svetistkhoveli Church around the town of Mtsheta were the first stops on 28th of November, where the partners were acquainted with the historical development of the country at the side of the religious tension of the Christianity. 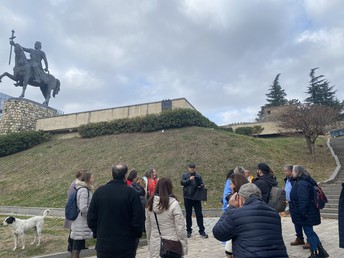 The next day the partners had a guided tour in Telavi, the capital of Kakheti region, to reveal the intrinsic characteristics and development of the town within the overall Georgian history. Among the stops, part of which of the tourist route, were the over 900 year old Giant plane tree, the monument of King Heraclius II, the Historical museum complex with diverse natural, domestic and folk exhibitions and the palace of Kind Erekle II. 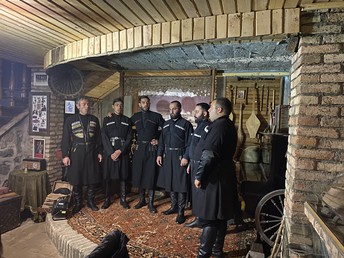 The polyphonic music is the hallmark the Georgians have labeled and still preserved as intangible heritage. As a UNESCO asset, it will guide the project concept at the level of transmission of experiences and emotions within HERiPRENEURSHIP project to further audiences and communities. 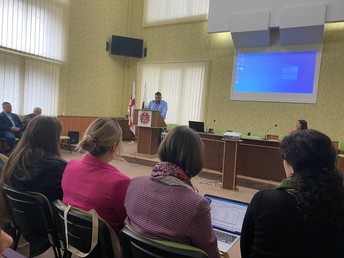 The study visit continued with an international workshop at the premises of the University of Telavi where the pilot project of Georgia was presented to representatives of local administrations and authorities, general public and media from Kakhetia region. 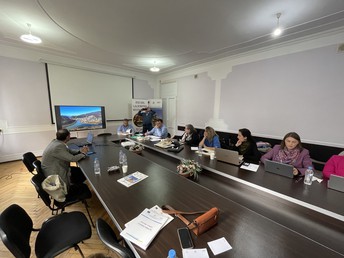 During the followed evaluation workshop and partners’ meeting, the partners discussed the key values and aspects that the brand new Georgian pilot project would contribute to the HERIPRENEURSHIP tourism route to create and motivate new mobility patterns among tourists and visitors in the BSB area and beyond. 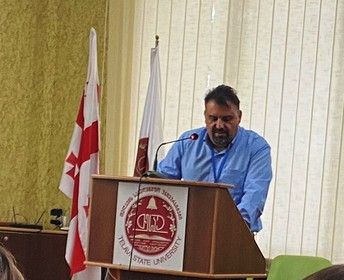 “A product combining education and entertainment, accessible to tourists of all ages will be created through UNESCO protected monuments. It will be equally interesting for tourists of all ages, an e-book will be developed, educational modules about geolocations will also be prepared. The corridor will be a unique, multimedia service in the territory of the Black Sea basin".

HERiPRENEURSHIP colleagues enjoyed the tour, communication and stories about the magnificent cultural heritage of Georgia. 🙌 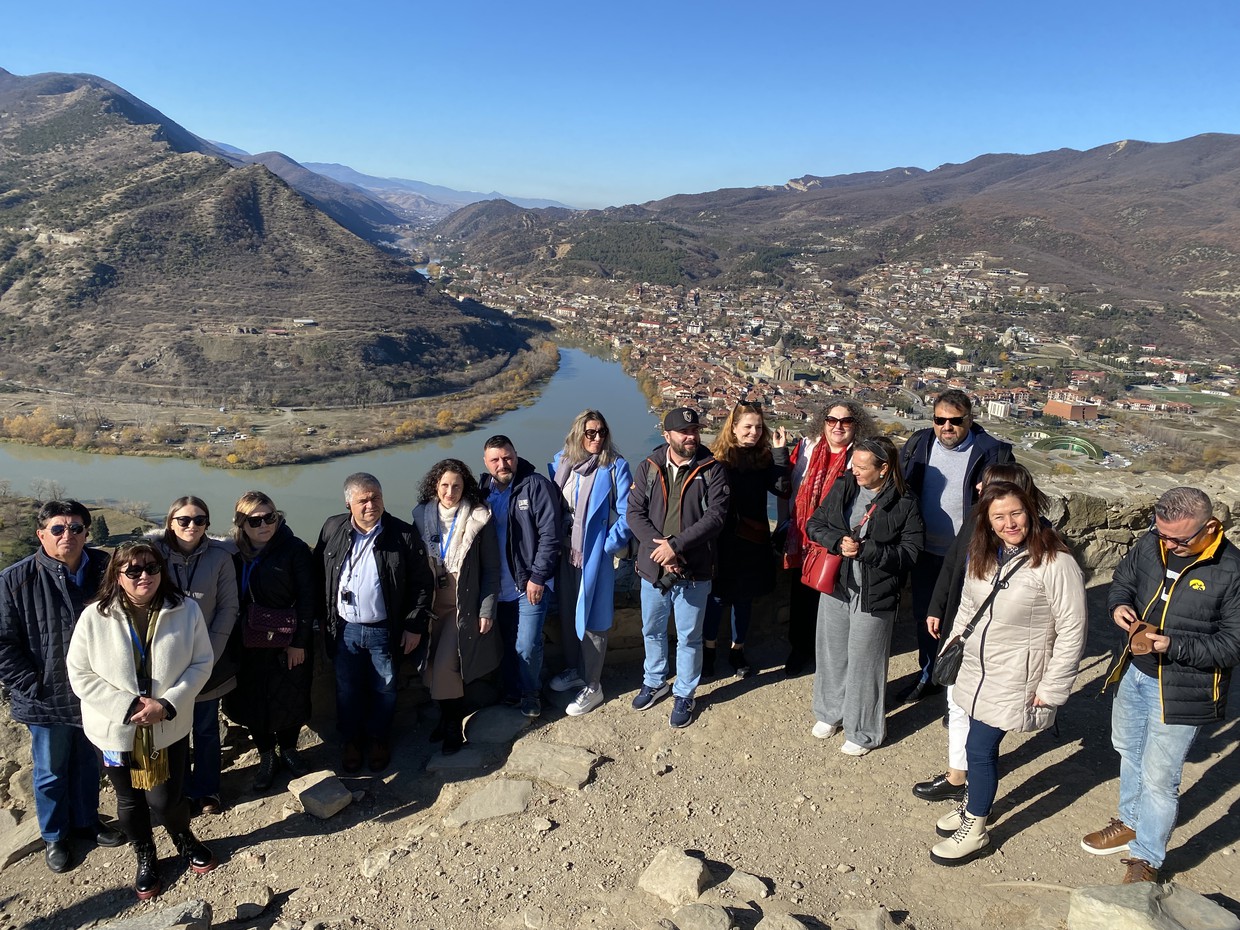 The HERiPRENEURSHIP E-course was officially started on 3rd of October, 2022 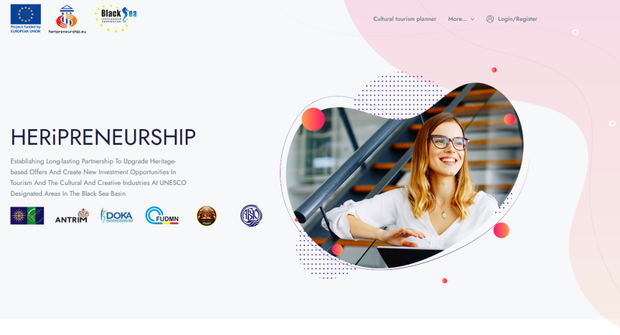 The training programme within HERiPRENEURSHIP was officially launched on 03.10.2022 as part of the project implementation. It provides an experience exchange and learning possibilities for heritage managers, tourism and CCI businesses, AV and multimedia professionals to manage information, visualize data and trends and communicate achievements.

The HERiPRENEURSHIP e-course is based on 6 module programme which aims to provide understanding of the experience economy in interrelation with tourism, heritage management and the Culture and Creative industries. The duration of the e-course is 6 months, 1 month to each of the 6th modules offered:

Experienced facilitators guide the process in English language through assistance, provision of real stories and experiences, tutoring actions on the latest achievements in the area.

Interested users can be enrolled to the course via the following link:

The training programme within HERiPRENEURSHIP

The e-Course has a teaching duration of 20 weeks

Joint Operational Programme Black Sea Basin 2014-2020 is co-financed by the European Union
through the European Neighbourhood Instrument and by participating countries: Armenia,
Bulgaria, Georgia, Greece, Republic of Moldova, Romania, Türkiye and Ukraine.
This publication was produced with the financial assistance of the European Union.
Its contents are the sole responsibility of the Union of Bulgarian Black Sea Local Authorities and do not necessarily reflect the views of the European Union.