Get email updates from Liliana:

The earth's spheres and how they interact

The cryosphere is the part of earth system that is frozen water . It is found on many parts of earth . Ice is found near the equator at high altitudes as snow on mountain tops. The cryosphere is made up of sea ice , lake and river ice , snow glaciers and ice sheets and permafrost . This Is how Cryosphere and Hydrosphere Interact ,There is a lot of ice and snow on Earth .When It Melts and flows into rivers matter is being transferred between the cryosphere and the hydrosphere . 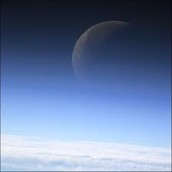 The Atmosphere is a thin layer of gases that surround earth . The atmosphere is 78 percent nitrogen , 21 percent oxygen , and one percent other gases. The atmosphere is divided into separate layers, with very different conditions in each.Every layer performs an important function , but most living things can only exist in the lowest layer , called the troposphere . During Photosynthesis , matter is being transferred between the biosphere and the atmosphere .

The biosphere is made up of living things and the areas of Earth Where they are found .Biosphere interacts with atmosphere , hydrosphere,& geosphere . 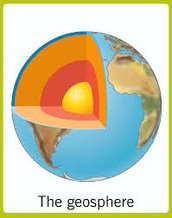 Geosphere is mostly solid rocky part of earth . The geosphere extends from the surface of Earth right to its center . It's mad up of three main layers . The names are the crust , the mantle , and the core . Geosphere interacts with biosphere because matter and energy are being transferred between the geosphere and biosphere .