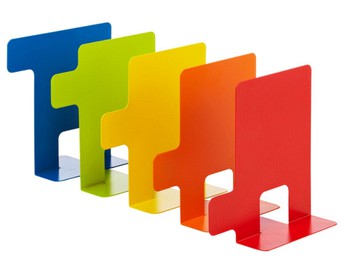 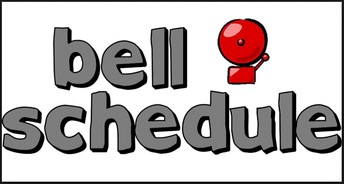 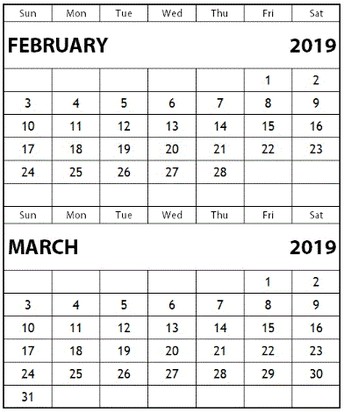 February 15 [No School for Students]

The act of discovering personality types is where many students start on their journey to planning their future careers. These assessments are helpful to discover your interests and hobbies and combining your personality type to suggest relevant career paths that would be good matches for you.

At the end of each assessment, a personally tailored report identifies your unique learning style and provides guidance on how to maximize learning potential. Your child should have completed the appropriate assigned grade-level Naviance Student tasks prior to their course selection:

THE COURSE SELECTION PROCESS - GETTING READY

This Middle School Program of Academic Studies has been designed to help students and their parents plan an academic program that stimulates curiosity and motivates students to explore new areas of learning. During the middle school years, students and parents have their first opportunity to select courses based on students’ needs, interests and abilities.

Teachers will be making initial recommendations for next years courses at the end of the second marking period. We encourage students and parents to carefully review the Program of Academic Studies and the recommendations made by teachers on Home Access Center [HAC]. Teachers, counselors, and administrators are available to assist in this process.

In seventh grade, students may select a performing music course, including band, chorus, orchestra or a non-performing course titled Exploring Music. In eighth grade, students have additional choices for their fifth major subject. They may choose a language [Latin, Spanish, French or German], Business & Banking Concepts or Reading [if recommended]. They must also choose one music course as they did in seventh grade.

Counselors will speak to students about the course selection process and how to use the Course Selection Guide, providing opportunities for students to ask questions about specific courses and sequences. Students will also learn about required courses and the electives they may choose. Changes in course requests may be made by contacting the student’s school counselor prior to the submission deadline on May 3rd.

Students are recommended for these levels by their teachers. Teachers use many factors to determine the appropriate level for each student, including student performance and skill level. We strongly encourage parents to contact teachers directly when they have a question about a student’s recommended level. For subjects other than math and science, there are three [3] levels of courses offered to students in regular education: level 5, level 6 and level 6P. 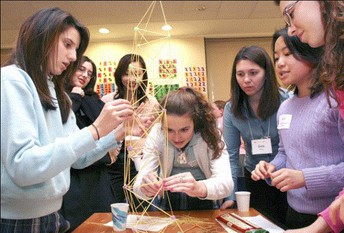 from 7 pm to 9 pm at North Penn High School 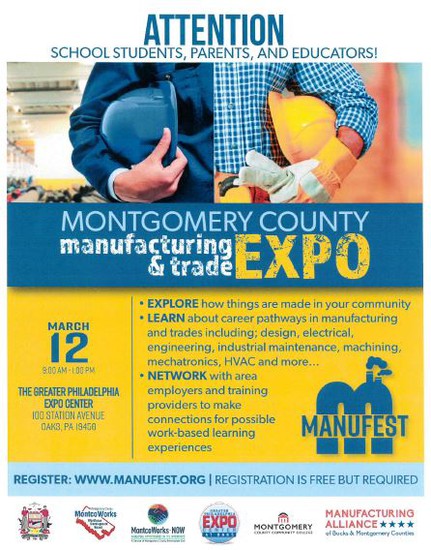 School-to-career learning programs at North Montco Technical Career Center combine quality education with worksite learning so students are given the opportunity to apply the valuable skills they are learning.

The School-to-Career office can assist with creating a resume and developing interviewing skills. This office also provides job postings. Some students prefer to explore a trade or profession before deciding to pursue a specific career and technical program or college education. Other students want to gain real-life, on-the-job experience before graduating from high school. NMTCC’s School-to-Career office offers students such opportunities and more. Programs available to students at NMTCC include Internships, Pennsylvania Youth Apprenticeship Program [PYAP] and Cooperative Education [Co-Op].

CO-OP [COOPERATIVE EDUCATION CAPSTONE PROGRAM] A culminating Capstone paid work experience for students in the 12th grade who have secured the recommendation of their technical instructor. Recommended students have the opportunity to obtain real work experience and to practice the specific technical skills they have learned. Features:
INTERNSHIPS Internships are designed to allow students the opportunity to understand more fully the technical career, which they have chosen. Features:

Mr. Joe Paddock [school counselor] will give presentations to our visiting 8th and 9th graders before each of the tours. Penndale's tours are currently scheduled for Wednesday and Friday, February 6th and 8th, in the afternoon. If your child missed the chance to sign up for a tour, please feel free to come to NMTCC's Open House on Thursday, February 14th.

NMTCC APPLICATIONS: due no later than Thursday, March 14th 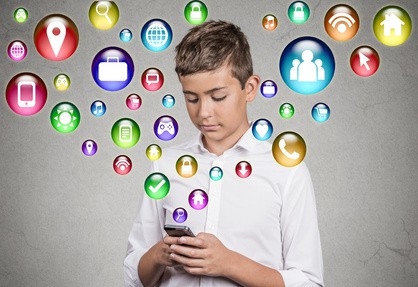 Digital media and apps allow children to communicate and express their creativity, connect with peers, and share their feelings. However, they can be an avenue through which cyberbullying occurs. There are many types of apps and sites available for free that give users the ability to search for people and share or post information about them anonymously.

Many apps also make it easy for users to access, view or participate in adult or harmful content. Privacy and location settings may make them more vulnerable to stalking, cyberbullying, exposure to adult content, or other dangers. Some current popular social media venues and apps include:

Social media has many benefits that must be balanced with the risks it presents. Risks to be aware of include:

Playing video games is a popular activity with 72 percent of teens gaming online. Many video games – whether they are console, web, or computer-based – allow users to play with friends they know in person and others they have met only online. While gaming can have positive benefits like making new friends, socializing, and learning how to strategize and problem solve, it is also another place where cyberbullying occurs.

The anonymity of players and the use of avatars allow users to create alter-egos or fictional versions of themselves, which is part of the fun of gaming. But it also allows users to harass, bully, and sometimes gang up on other players, sending or posting negative or hurtful messages and using the game as a tool of harassment. If someone is not performing well, other children may curse or make negative remarks that turn into bullying, or they might exclude the person from playing together.

Because players are anonymous, they cannot necessarily be held accountable for their behavior, and their harassment can cause some players to leave games. Some anonymous users use the game as a means to harass strangers or to get their personal information, like usernames and passwords.

There are things adults can do to prevent cyberbullying of children who are gaming: 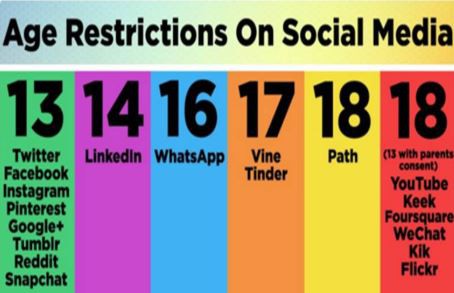 Similar to the Blue Whale Challenge, the Momo Challenge is a dangerous viral social media trend with teens and tweens. The challenge encourages students to contact an unknown person called “Momo” via WhatsApp and Facebook.

Throughout the challenge, children are sent violent and graphic images and texts. The stranger then asks for photos and videos of themselves completing certain tasks. If a child wants to stop the challenge “Momo” threatens to leak their personal information. At first, the tasks are small. For example: face a fear, wake up at weird hours throughout the night. The tasks escalate until the final task which encourages an individual to kill themselves.

What can parents do? 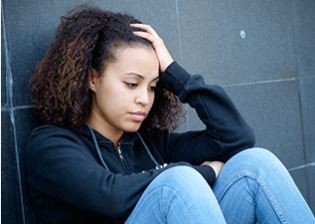 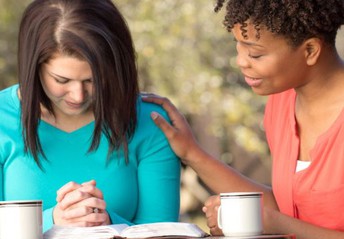 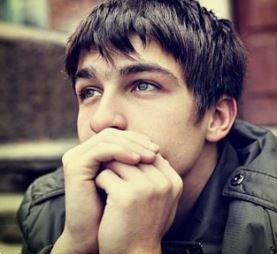 Merakey Montgomery County provides children, adolescents and their families with a variety of behavioral, mental health, and substance use services, depending on the level of need. If you feel your child is in need of additional support, please contact their School Counselor or Merakey for more information. www.merakey.org

Students are referred through School Counselors, administrators, teachers, or guardians

SAP Screenings - Students and their families meet with a Screener to discuss areas of concern and risk. Recommendations are made to support families with connections to behavioral/ mental health resources in the community. Referrals to these resources are made through your child’s school counselor.

Outpatient Therapy - Individual or Family Therapy, including substance use treatment, is provided to children, adolescents, and adults. This service is provided at Merakey, located at 400 N. Broad Street, Lansdale, PA 19446. For more information, call 215-368-2022.

Family Based Services [FBS] - Intensive therapy services are provided in the home and/or the community to children and adolescents up to the age of 21. A team of therapists works with both the child and the family for a period of 32 weeks. Services also include a caseworker and 24/7 crisis support. FBS is recommended for children who are at risk for out-of-home placement and have been involved with lower levels of care. For more information, call 215-716-9036. 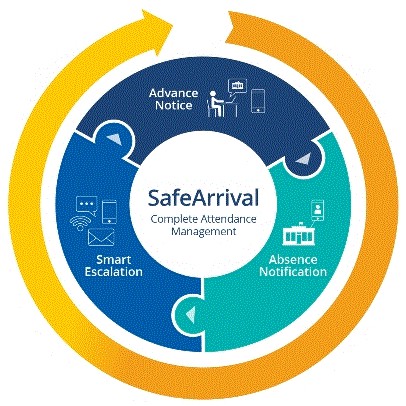 At North Penn School District, one of our greatest priorities is ensuring that all our students arrive safely at school each and every day. To enhance our existing absence-checking procedure, we are introducing a new, more efficient student absence reporting system called SafeArrival. This new system reduces the time it takes to verify student attendance, makes it easier for you to report your child’s absence and is more efficient for staff to respond to unexplained student absences. With SafeArrival, you can report your child out the day of a sick absence. Plus, if you know your child will be out of school ahead of time, you can preschedule the absence using any of these three convenient methods:

These options are available 24 hours a day, 7 days a week. Future absences can be reported at any time. Day of absences, for instance for illness, should be reported as early in the morning as possible the day of the absence. You can of course still call or email your student’s school to report an absence.

We will use the SchoolMessenger Communicate automated notification system to contact parents/guardians whose child is absent when the absence was not reported. The automated notification system will attempt to contact parents/guardians at multiple contact points [eg: phone, email, text] until a reason is submitted for the absence. At the elementary level, staff will begin Safe at Home calls until the reason for the absence is known. For middle school and the high school, parents can submit an excuse anytime throughout the day and you will also receive an evening phone call if no reason has been submitted for the absence.

If you report your child’s absence either the morning of the absence or in advance of a known absence using the SafeArrival toll-free number, website or mobile app, you will NOT receive these notifications that your child has been marked absent.

Starting Monday, October 15, 2018, you can now also report absences, the day of and in advance of known absences, using SafeArrival instead of sending notes or calling/emailing the school. The attendance secretary at your student’s school will use SafeArrival notifications to let you know if your student is absent [when you haven’t reported the absence in advance].

SafeArrival is just one more tool to make reporting your student’s absence more efficient and timely. You can still call the school or email the attendance secretary directly, but utilizing the SafeArrival system speeds up the attendance process so we can more quickly confirm the location of your student. If you have any questions about SafeArrival, please contact your school’s attendance secretary or Bob Gillmer, Coordinator of Communications Media at gillmerk@npenn.org. 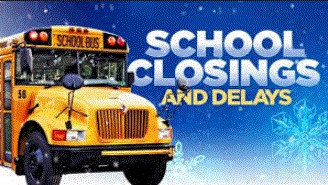 Winter is here and snow days may occur! North Penn’s delay and closing number are 303. In the event of inclement weather, listen to radio stations WNPV [1440 am] and KYW [1060 am] for closing, early dismissal, and late arrival information. You can also find information on NPTV [Comcast channel 28, Verizon Fios Channel 29] and by visiting www.npenn.org. 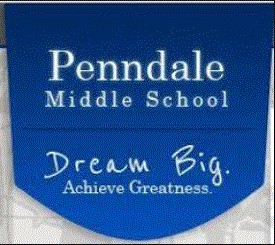