At approximately 10:45 am, 31 March 2016, a National Mall and Memorial Parks employee was mowing on West Basin Drive, near the FDR Memorial, in an area with multiple ball fields. He put up warning signs to let cars and pedestrians know that mowing was in progress in that area. The field had been mowed numerous times before.

While the employee mowed, the blade of the mower caught a screw head attached to a plate in the ground that was covering a water pipe. The screw and plate were thrown through the back passenger side window of a passing car. A visitor alerted the mower operator about what had happened. He ceased work and contacted his supervisors and U.S. Park Police.

One passenger in the car that was hit received a cut on her arm due to flying glass. No one else was hurt. 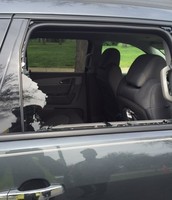 There had been no prior occurrence of mower blades hitting metal in the incident area. This is the only known incident of a metal plate being thrown in the park. The blades were adjusted to the normal cutting height, but on this occasion, the blade of the mower caught the screw and launched the plate. The plate sat at ground level with the screw tip just above it. Under normal circumstances the screw would have just damaged the mower blades, but the threads of the plate were actually stripped, allowing the plate to detach from its anchor. The employee performed the job as he normally would.

WHAT WAS DONE WELL 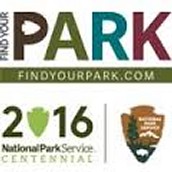